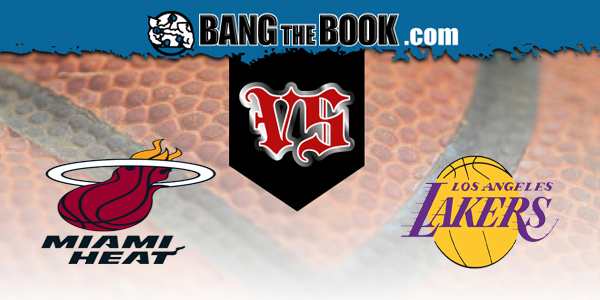 The Heat enter this matchup as huge underdogs, but they don’t care at all after beating some heavyweights in the East. The Lakers, on the other side, are expected to dominate the 2020 NBA Finals, sitting at -188 odds to beat the Heat in six or fewer games.

Wednesday’s clash will tell us a lot about these two foes and what can we expect from them in the next two weeks, so here’s our bold prediction for Game 1 of the 2020 NBA Finals between the Miami Heat and Los Angeles Lakers.

It’s safe to say that bookmakers think they know who will win the championship, setting the Lakers at -350 odds. The Heat are +275 underdogs to win the title, according to BetDSI, and Miami is a 4.5-point dog in Game 1 with the totals at 217.5 points.

There are no serious injury worries, and both Miami and LA are at full strength ahead of the opener.

Taking the first blood is always important, but it’s never essential. The Lakers dropped Game 1 in each of their first two playoff series in 2020, but they won the next four contests on both occasions to easily eliminate Portland and Houston.

The Lakers outlasted the Nuggets in the Western Conference Finals in five games, going 4-1 in each of their three playoff series in the West. However, they had to break a sweat against the dogged Denver Team.

The Heat swept the Pacers in the first round and stunned the top-seeded Bucks in five games in the Eastern Conference semis. They beat the Celtics in six games in the conference finals, so the Heat upset some odds on their way to the 2020 NBA Finals.

The Lakers shot 49.8% from the field through the playoffs, dominating their rivals in the paint mostly thanks to Anthony Davis. The Brow is averaging 28.8 points and 9.3 rebounds per game this postseason while making 57.1% of his field goals and 36.6% of his 3-pointers.

LeBron James is having a wonderful postseason, too. He’s tallying 26.7 points, 10.3 boards, and 8.9 assists per contest while shooting 54.7% from the field.

The Heat have to slow down these two guys. Bam Adebayo struggled to cope with Davis in two regular-season meetings, but he’s improved a lot in the bubble, so we’ll see a great battle at five between two young and super talented players.

Jimmy Butler will keep his eyeballs on LeBron, but Miami’s team defense will be a key factor, as the Heat will need to double-team Davis a lot. Miami is allowing 107.2 points per game this postseason, while the Lakers are surrendering 106.5 points per contest.

The Heat are averaging 112.2 points per game on 45.9% shooting from the field and 35.7% from downtown. The Lakers are scoring 113.9 points per game while making 35.5% of their triples. On paper, these two foes match up very well, but we’ll see what will happen on the court.

The Lakers possess more experience than the Heat who lean on a few rookies among the others. On the other hand, the Heat head coach Erik Spoelstra is a two-time NBA champ, and he did it together with LeBron James. The Lakers head coach Frank Vogel enters his first NBA Finals.

Betting on the opening game of the 2020 NBA Finals is a tricky job. There’s no home-court advantage in the bubble, so I think we’ll see a tight battle, especially in the opener. Three of the last five meetings between the Heat and Lakers were decided by seven or fewer points.

Hereof, picking the Heat to cover a 6.5-point spread seems like the best move. Miami is winless in four straight matchups with the Lakers including a couple of meetings this past regular season. The Heat are 1-6 SU and 3-4 ATS over their previous seven encounters with the Lakers, while the under is 4-1 in the last five H2H duels.