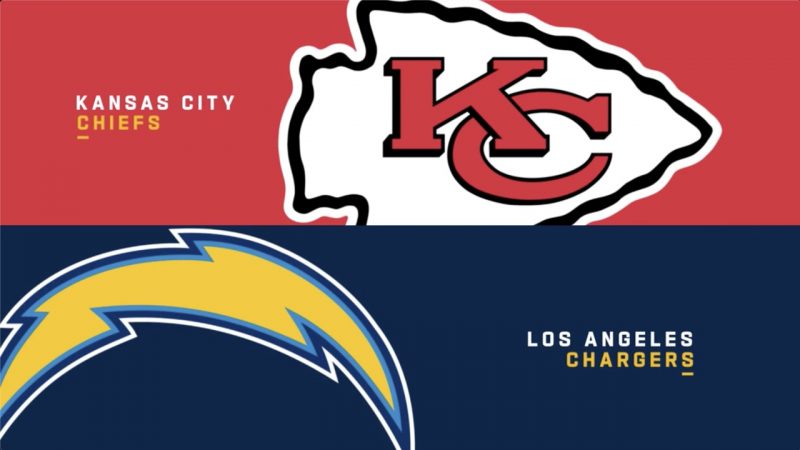 The Week 2 of the NFL starts on Thursday, September 15 with this exciting AFC West rivalry game between two Super Bowl contenders, and here you can check out the best Chargers vs. Chiefs betting pick and odds.

Los Angeles and Kansas City will play their first Thursday Night Football this season when they meet at Arrowhead Stadium. The Chiefs are -3.5 favorites on Bovada Sportsbook, while the total is set at 54.5 points. These AFC West rivals have met twice last year, and each time the visiting team secured a win.

The Los Angeles Chargers will play their second consecutive divisional game after defeating the Las Vegas Raiders in the season opener. The Chargers allowed just three points to the Raiders in the first half, and although the visitors bounced back in the second 30 minutes, Los Angeles managed to book a 24-19 win.

Justin Herbert was excellent as he completed 26 of 34 passes for 279 yards, three touchdowns, and no interceptions. The Chargers’ QB connected with DeAndre Carter, Gerald Everett, and Zander Horvath in the end zone, while he spread the ball across the field and had even seven different catchers with four targets. On defense, Khalil Mack dominated with three sacks, half of the entire team as pass rushing turned out to be deadly for Derek Carr, who threw three picks.

Keenan Allen was forced from the game against Las Vegas with a hamstring injury, and he’s questionable to face the Chiefs on Thursday. Cornerback J.C. Jackson is still recovering from an ankle injury and he’s also questionable to feature.

Chiefs breezed past the Cardinals

The Kansas City Chiefs opened the new NFL season in style with a massive 44-21 road victory over the Arizona Cardinals. Andy Reid’s men proved that they don’t miss Tyrek Hill, who was traded to the Miami Dolphins in the offseason. Kansas City needed just 12 yards to get to 500 total while allowing only 288 on the other end.

Patrick Mahomes was in MVP mode with five passing touchdowns and no interceptions. He completed 30 of 39 passes for 360 yards, and two of his TD passes went to the running back Clyde Edwards-Helaire. Tight end Travis Kelce led all the receivers with eight receptions for 121 yards and a touchdown, while rookie RB Isiah Pacheco rushed seven times for 62 yards and a score.

Harrison Butker exited the game against the Cardinals with an ankle injury and is questionable to play on Thursday.

The Chiefs didn’t allow a single sack in the win against Arizona as they protected Mahomes excellently, but I doubt they can repeat such performance against Khalil Mack and Joey Bosa, who combine for 4.5 sacks against the Raiders. Los Angeles improved on defense this year, while its offense is one of the best in the NFL, so we will have a quite interesting game at Arrowhead Stadium. I think it’s going to be a one-possession game that could go either way, but I am backing the Chargers to put up a fight and stay close here. If the visitors manage to withstand Kansas City’s early pressure, they can win this.

The games between these two divisional foes are usually attractive and high-scoring and I expect more of the same on Thursday. After all, Mahomes and Herberta are surely two of the top five quarterbacks in the AFC, if not the entire NFL, and we can witness a classic shootout here. Both are capable of throwing for 400+ yards with ease and both are equipped with excellent receivers. Over is 6-1 in the Chargers’ last seven games overall, while Over is 5-1 in Los Angeles’ previous six vs. AFC opponents. Also, Over is 8-1 in the Chiefs’ last nine games overall, while Over is 7-1 in Kansas City’s previous eight vs. AFC rivals.