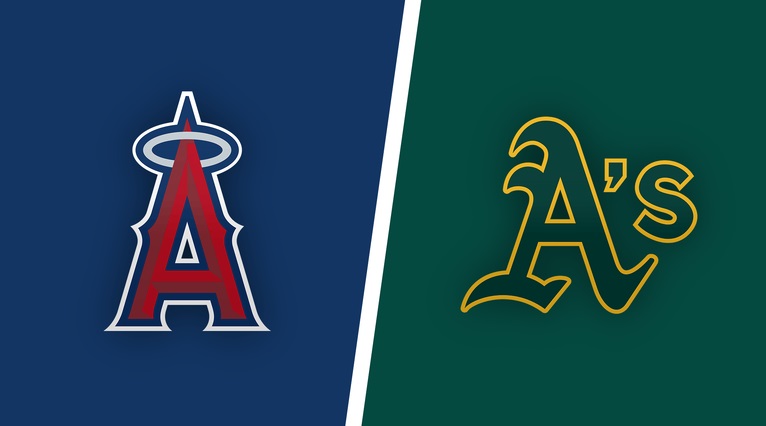 We’ve got a busier Monday card than usual because the All-Star Break just wrapped up and everybody got a few days off from that. Mondays are often travel days or a chance to take a break, but not this week in most cases. There are several games of interest and intrigue and one of them features the AL MVP favorite on the hill.

Shohei Ohtani and the Angels are in Oakland to take on the Athletics. Cole Irvin will counter for the home team, who faces a slight underdog role per the odds at Bovada Sportsbook in this one with a total of 8.5.

Mike Trout excitedly tweeted about being on the plane to Oakland, so the perennial MVP candidate will be on the road once again to watch the current MVP favorite do his thing. Trout’s return could be a much needed shot in the arm for the Angels, though it still appears to be a little bit of time before he ends up being activated from the injured list.

Trout’s return, whenever it happens, will boost a strong Angels offense that ranks fifth in wOBA at .329. The ongoing problem for the Angels is that their defense and their subpar pitching staff have canceled out a lot of the good things that the bats have done. The Angels have a potent lineup with the second-highest SLG in baseball, but even with one of the league’s top offenses, the Angels have been hovering around .500 all season long.

Fielding metrics are scrutinized a lot and nobody has come up with an ideal way to measure defense and all of the variables involved, but the Angels have a -25.3 rating in the all-encompassing Def metric at FanGraphs. Only the Tigers grade lower. Los Angeles is -14 in defensive runs saved, a metric that has been improving lately, and -21.3 in Ultimate Zone Rating.

In other words, the best thing to do as a pitcher is strike out the opposing batter. Shohei Ohtani has 87 of those strikeouts in 67 innings of work. Some bettors have been skeptical of Ohtani this season because of his elevated walk rate with 35 free passes for a 12.4% BB%, but the reality is that Ohtani has gotten better in that department. He walked 19 batters in his first five starts. He has walked 16 in his last eight starts.

Ohtani has a 3.49 ERA with a 3.57 FIP on the season. He allowed seven runs on two hits against the Yankees on June 30 and that led to a correction in some of his stats. He hasn’t pitched since July 6, save for an inning in the All-Star Game, so we’ll see how sharp he is here.

The Oakland A’s are not off to the second half start that they envisioned. They were one inning away from being swept by the Cleveland Indians at home to start the post-All-Star Break schedule. Jed Lowrie’s walk-off home run on Friday was the only bright spot of the weekend for the A’s.

The A’s rank 15th in wOBA offensively at .312. Their home ballpark is more penal than Angels Stadium, but even with a park adjustment factored in, the Oakland offense is decidedly worse than the Angels offense. Oakland is still running a 102 wRC+, which implies that they are a better than average offense, but their home/road splits do play a role in their offensive numbers, as they have been much stronger on the road than at home.

Cole Irvin was a pleasant surprise for the A’s in the first half with a 3.65 ERA and a 3.69 FIP in his 106 innings of work across 18 starts. Irvin has only walked 19 of the 443 batters that he has faced and has a 7.7% HR/FB% with only 10 homers allowed in 18 starts. In today’s MLB, when batting averages are lower than in previous eras, limiting walks and home runs is the way to have success.

Irvin could never fully crack the Phillies rotation, which is why a lot of people have questioned the sustainability of his performance this season, but he seems to be in it for the long haul. Irvin does pitch to contact with a low 17.6% K%, so that will be an area to watch in the second half.

You wonder about both starters here, as Irvin has not pitched since July 9 and Ohtani is on that extended layoff after a whirlwind trip to Denver for the All-Star Game. On the other hand, this is a bad ballpark for offense. The A’s do have the bullpen advantage if it comes down to that, but the Angels have the offensive advantage and the starting pitcher with the higher upside. How about a 1st 5 look at Los Angeles?