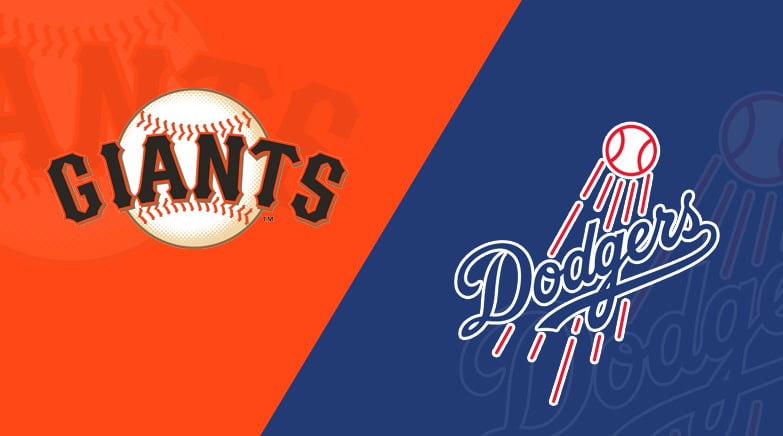 The San Francisco Giants need to beat the Los Angeles Dodgers to maintain their grasp on the NL West Division. The Giants have played extremely well overall this season, but the two teams are tied in the win column and the Dodgers have two games in hand, so San Francisco’s lead is down to one game as the two teams square off tonight at Dodger Stadium.

Los Angeles is 6-3 in the season series so far, but the games have been pretty tight, as the Dodgers hold a 44-39 edge in runs. San Francisco can set the tone tonight with Kevin Gausman, but money is coming in against the Cy Young hopeful with Tony Gonsolin on the hill for the Dodgers. Los Angeles is up into the -125 range at Jazz Sports with a total of 8.

This is going to be a huge series for both teams and it is a four-game series. In fact, the Giants and Dodgers have seven head-to-head meetings between now and July 29, so we’ll see the race at the top of the NL West take shape in a hurry.

Of the nine games played so far, the Dodgers have won six of them, but the Giants did win a four-game series from May 27-30 earlier this year at Dodger Stadium. Five of the nine games have been decided by one run. Another was an 8-5 win for San Francisco in extra innings. In other words, it should be a lot of fun here.

The Giants rank third in wOBA since the first MLB memo went out on June 3, which is relevant since we basically have to treat the 2021 season as two separate seasons, pre-memo and post-memo. The Giants are a top-five offense for the season as a whole, so they’ve been swinging the bats well and really took a step up when Mike Yastrzemski came back off the injured list.

With Jacob deGrom on the IL, the race for the NL Cy Young heats up. Kevin Gausman is very much in that discussion, if not the leader of the discussion, with a 1.73 ERA and a 2.57 FIP in 114.2 innings of work. The right-hander is coming off of the family medical emergency list after flying to Louisiana to be with his wife, as she had complications with her pregnancy. Hopefully everything is okay and Gausman can be in the right mindset to help his team in this huge start. He has not allowed more than three runs in a start since April 13.

The Dodgers rank eighth in wOBA since the infamous June 3 memo, so they’ve continued to swing the bats well, much like they have all season long. The decreased K% around the league have allowed the most talented and the best offenses to have a lot of success since foreign substances have gone by the wayside and that includes the Dodgers. Los Angeles works a lot of deep counts with a slew of patient hitters and the lesser concerns about whiffing have to be a positive for hitters like that.

Los Angeles has also hit well at home with a .344 wOBA in games at Dodger Stadium. Their 124 wRC+ is tied atop the league with Toronto and the Angels. It feels like the Dodgers have been holding something back all season long, but the reality is that they’ve played really well and the bar that all of us have for them is just unbelievably high.

This will be the eighth appearance and seventh start of the season for Tony Gonsolin. The 27-year-old right-hander has a 2.13 ERA with a 3.53 FIP in his 25.1 innings of work to this point. Gonsolin has kept the ball in the yard nicely with a 6.9% HR/FB% and has struck out 31 batters. He has also walked 15 batters, so he’ll need to work on that control to maximize his potential as the season goes along.

Gonsolin has maxed out at 5.1 innings in his starts and has not allowed more than one run in any appearance. It looks like bettors are confident in his abilities with that line move on the Dodgers.

You do worry a little bit here about the Dodgers bullpen, which will likely be tasked with getting at least half of the outs in this game. It is a solid group, but one that has had some hiccups at times. On the flip side, there is this market sentiment that the Giants can’t stack up with the Dodgers. All the close games would suggest otherwise, as the Dodgers do have a couple of lopsided wins that skew the run differential.

Another worry here is Gausman’s mindset, as getting back to work with the family situation cannot be easy. He wouldn’t be there if she wasn’t in the clear, but any lack of focus against the Dodgers is hard to overcome. It’s a tough handicap, but the Dodgers get the edge.