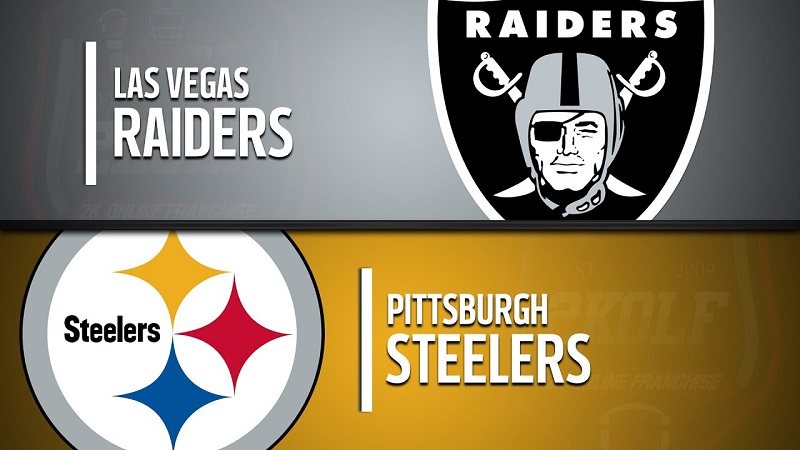 The Las Vegas Raiders head to Heinz Field in Pittsburgh in Week 2 of the 2021 NFL season to take on the Steelers for the first time since 2018. The kick-off is set for Sunday, September 19, at 1:00 PM ET, so let’s see what’s the best Raiders vs. Steelers betting pick along with the latest team news, stats, and betting trends.

The Pittsburgh Steelers opened at -255 moneyline odds on BetDSI Sportsbook. They are 6-point favorites with a total of 47.0 points, while the Raiders are listed at +225 to win straight up. Las Vegas has won three of its last four matchups with Pittsburgh, covering on all four occasions.

The Raiders hope to carry the momentum on the road

The Las Vegas Raiders emerged victorious in Week 1, outlasting the Baltimore Ravens in overtime, 33-27. They were listed as 3-point dogs, but the Raiders managed to upset the odds on the back of spectacular support from the stands.

Las Vegas overcame a seven-point fourth-quarter deficit against the shorthanded Ravens. The Raiders forced overtime with Daniel Carlson’s 55-yard field goal, but Derek Carr was a true hero, playing at the highest level down the stretch.

Carr finished with 435 yards, two touchdowns, and an interception, while Darren Waller had ten receptions for 105 yards and a TD. Josh Jacobs ran for 34 yards and a couple of scores, but he was obviously struggling with a toe injury.

The Steelers look for another strong defensive performance

The Pittsburgh Steelers started the new season in style, defeating the AFC vice-champs on the road. Playing as 6.5-point underdogs, the Steelers overcame a ten-point deficit from halftime to grab a 23-16 victory at the Buffalo Bills.

Pittsburgh racked up just 252 total yards in Week 1. However, the Steelers’ stout defense tortured the Bills in the second half and finished with three sacks and one forced fumble. Furthermore, their special team scored a TD off a blocked punt, while Chris Boswell converted all his three field-goal attempts.

On the offensive side of things, the Steelers certainly have plenty of room for improvement. Rookie RB Najee Harris had 16 totes for just 45 yards. Ben Roethlisberger completed only 18 of his 32 passing attempts for 188 yards and a TD, while JuJu Smith-Schuster and Chase Claypool combined for seven receptions and 97 yards.

The Raiders produced 491 total yards in Week 1, as their offense looked solid, especially in the fourth quarter. However, their defense is a problem, as the injury-depleted Ravens managed to rack up 406 total yards and score 27 points on the road.

Hereof, I’m expecting the Steelers to get things going offensively and take full advantage of Las Vegas’ defensive flaws, while the visitors will have a tall task to replicate their offensive performance from Week 1. Pittsburgh shut down the Bills’ prolific offense and should be fired up in this home matchup.

The Raiders will be in trouble if they continue to force passes to Darren Waller, who had a whopping 19 targets in Week 1. The Steelers’ front seven is one of the best in the league and will look to prove it on the field in Week 2.

If the Steelers find a way to get their wideouts heavily involved, we will see a high-scoring affair. The Raiders had serious problems dealing with the Ravens’ receiving corps last Monday, and the Steelers will have a nice opportunity to torture Las Vegas’ secondary as well.

The Raiders’ D was a massive issue in 2020, and it seems like nothing has changed since then. Maxx Crosby had a big game in Week 1, tallying a couple of sacks and tackles for loss, but the Steelers’ new-look offensive line will be ready for him. The over is 6-0 in the Raiders’ last six games overall, and it is 4-1 in the Steelers’ previous five outings.