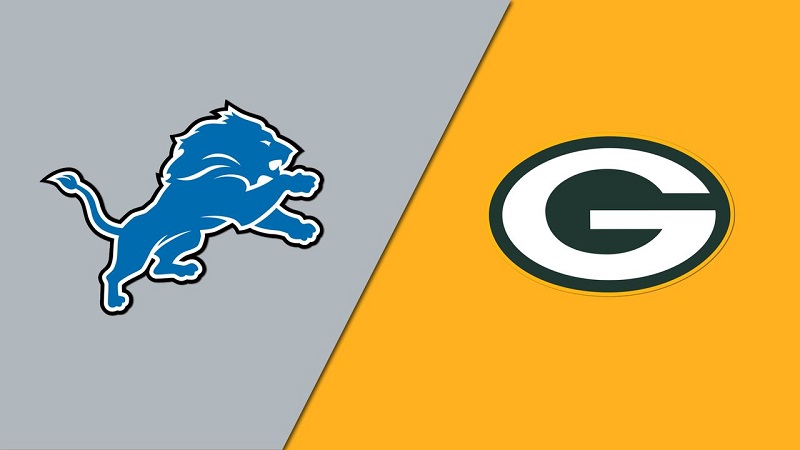 The Detroit Lions head to Lambeau Field on September 20 to face off against the Green Bay Packers on Monday Night Football and close down Week 2 of the 2021 NFL season. The Lions open at +430 moneyline odds, while the Packers are huge 11-point favorites with a total of 48.5 points on BetDSI Sportsbook.

Green Bay is undefeated in four straight meetings with Detroit, but the Packers are only 1-3 ATS in that span. The Lions have also covered in three of their previous four visits to Lambeau Field, so let’s see what’s the best Lions vs. Packers betting pick for their meeting in 2021.

The Detroit Lions kicked off the 2021 season with a 41-33 home loss to the San Francisco 49ers. They managed to cover a 9.5-point spread but extended their losing streak to five games dating back to the previous season.

The Lions trailed 38-10 early in the second half and 41-17 with less than ten minutes to go in the fourth quarter. They scored a couple of touchdowns with a two-point conversion down the stretch but failed to complete a huge comeback.

Jared Goff tossed for 338 yards, three touchdowns, and an interception, completing 38 of his 57 passing attempts. T.J. Hockenson had eight receptions for 97 yards and a TD, while Jamaal Williams added nine carries for 54 yards and a TD. The Lions racked up 430 total yards and gave up 442 in a return.

Green Bay suffered an embarrassing loss in the opener

The Green Bay Packers are coming off a heavy 38-3 defeat to the New Orleans Saints in Week 1. The game was played at TIAA Bank Field in Jacksonville, as the Saints had to leave home due to Hurricane Ida, but the Packers failed to get any advantage of the neutral site and suffered an embarrassing defeat.

Green Bay generated only 229 total yards while going 0-for-2 in the red zone. Their defense was struggling, too, surrendering 171 rushing yards, while the Saints were 4-for-4 in the red zone.

Aaron Rodgers was awful, throwing for 133 yards and a couple of interceptions. Jordan Love took over down the stretch and completed five of his seven passing attempts for 68 yards. Davante Adams had five receptions for 56 yards, while the Packers ran 15 times for a paltry 43 yards.

The Packers must be fired up for this divisional battle. All four NFC North teams suffered a loss in Week 1, so Green Bay can forget about that ugly defeat to New Orleans and look to the future. On paper, the Packers are a much better team than the Lions, so the hosts shouldn’t have any problems grabbing a win in this matchup.

Last year, the Packers smashed the Lions at Lambeau Field, 42-21. I’m looking for another comfortable win Monday, but buying a couple of points should be a smart move. The Lions showed in Week 1 that they won’t give up even when they are down by 20-plus points.

Although their receiving corps looks bad on paper, the Lions’ passing game looked good in the fourth quarter of that Week 1 home loss to the Niners. Detroit will probably have to lean on it once more, while the Lions’ D will have a tall task to slow down the Packers, who’ll be ready to bounce back in front of the home fans.

Hereof, I’m backing the over on the totals, expecting Aaron Rodgers and the Packers’ offense to put on a show. The Lions will be forced to throw the pigskin a lot should the Packers build an early lead.