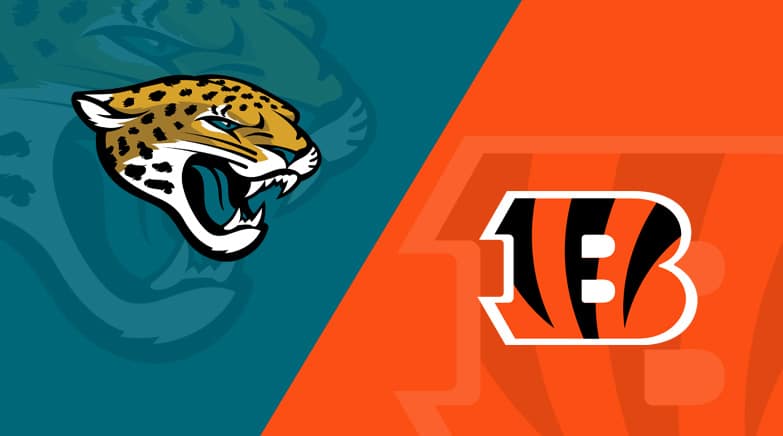 Week 4 of the 2021 NFL season kicks off with Thursday Night Football from Paul Brown Stadium in Cincinnati, so we bring you the best Jacksonville Jaguars vs. Cincinnati Bengals betting pick, tips, and odds.

The Jags meet the Bengals for the third straight season, and over the last two years, they split a couple of games at Paul Brown Stadium. This time around, the Bengals are listed as firm 7.5-point favorites, while the totals sit at 45.5 points on Bookmaker Sportsbook.

The Jaguars are off to a terrible start

The Jacksonville Jaguars fell to 0-3 straight up and ATS on the season following a 31-19 home loss to the Arizona Cardinals. They failed to cover an 8-point spread, as the Jags’ offense had another bad day in the office.

Jacksonville had a 13-7 lead at halftime thanks to Jamal Agnew’s 109-yard kick-six. The Jags fell apart in the second half, and Trevor Lawrence finished the game with 219 yards, a TD, and a pair of interceptions. Jacksonville turned the ball over four times and didn’t stand a chance against the in-form Cardinals.

At least, the Jags had 29 carries for 159 rushing yards, as their ground game finally worked well. James Robinson accounted for 15 totes, 88 yards, and a TD, while Carlos Hyde had eight carries for 44 yards. On the other side of the ball, the Jaguars allowed 407 total yards, and the Cardinals went 3-for-4 in the red zone.

The Bengals smashed the Steelers on the road

After five straight losses at Heinz Field, the Cincinnati Bengals (2-1; 2-1 ATS) beat the Pittsburgh Steelers on the road this past Sunday, 24-10. Playing as slight road underdogs, the Bengals fully deserved their victory over the arch-rivals even though they racked up just 268 total yards and 12 1st downs.

Joe Burrow completed 14 of his 18 passing attempts for 172 yards and three touchdowns. Ja’Marr Chase had four catches for 65 yards and a couple of touchdowns, while Joe Mixon added 18 carries for 90 yards.

The Bengals put on a strong defensive performance in Pittsburgh last weekend. They picked off Ben Roethlisberger twice and limited the Steelers to one touchdown from three visits to the red zone. Through the first three weeks, the Bengals are surrendering just 18.0 points per game (6th in the NFL) on 317.0 total yards (8th).

I don’t feel comfortable with a 7.5-point spread, but the Bengals look like a much better team than the Jaguars at the moment. Jacksonville has some serious problems on the defensive end, while the Jags’ offense is still trying to figure it out with rookie Trevor Lawrence under center.

On the other side, Joe Burrow looks sharp and ready to rumble. He should torture the Jags’ secondary all night long, and if the Bengals’ defense continues to play at a high level, the hosts will come out on top, hopefully by a touchdown.

With the line at 45.5 points, I have to take the over on the totals. The Jags are yielding 30.3 points on 418.0 total yards per contest. Their secondary will have a mountain to climb in this matchup, so I wouldn’t be surprised if Joe Burrow throws for three or more touchdowns.

On the flip side, the Bengals’ defense has been excellent thus far, but the Jags should be able to score at least two touchdowns. I’m expecting the visitors to trail for most of the clash and lean on their passing game.