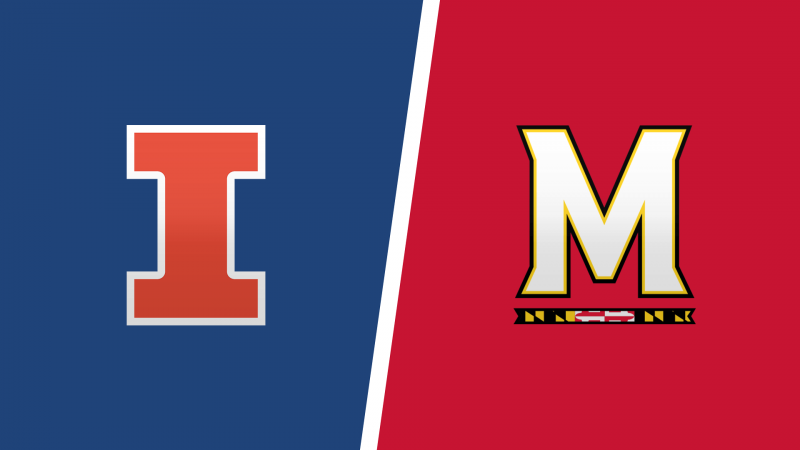 The 2021-22 college basketball season continues Friday, January 21, with the Big Ten Conference showdown at XFINITY Center in College Park, Maryland, so we have prepared the best Illinois vs. Maryland betting pick and odds.

The Illinois Fighting Illini fell to 13-4 straight up and 9-8 ATS on the season following a 96-88 double-overtime defeat to the Purdue Boilermakers this past Monday. They also put an end to their six-game winning streak, playing as small 1.5-point home favorites.

The Fighting Illini trailed the Boilermakers for most of the game. They managed to force a couple of overtimes but failed to come out on top. Purdue shot 44.4% from beyond and arc and fully deserved its victory, while Alfonso Plummer led the way for Illinois with 24 points on 8-for-19 shooting from the field. Kofi Cockburn struggled with foul troubles, tallying just ten points and five boards in 22 minutes on the floor.

The Terrapins dropped five of their last six games

The Maryland Terrapins (9-9; 6-12 ATS) are coming off a heavy 83-64 defeat at the Michigan Wolverines this past Tuesday. Playing as 7.5-point road underdogs, the Terrapins recorded their fifth loss in the last six outings.

Maryland fell apart on the defensive end, allowing the Wolverines to make 58.3% of their field goals and 40.0% of their 3-pointers. The Terrapins also committed five turnovers more than their opponents (13-8), while Eric Ayala led the charge for Maryland with 22 points on an 8-for-17 shooting from the field.

After going 1-6 SU through their first seven contests in the conference play, the Terrapins sit at the 13th spot of the Big Ten standings. Maryland is No. 111 in the latest NCAA NET Rankings and No. 95 in the KenPom rankings. The Terrapins score 106.7 points per 100 possessions (99th in the country) and yield 98.3 in a return (85th).

Just a couple of weeks ago, the Fighting Illini overcame a four-point deficit from halftime to easily beat the Terrapins at home. Kofi Cockburn tortured Maryland for 23 points and 18 rebounds, and the Fighting Illini came out on top despite shooting only 41.2% from the field and 26.7% from beyond the 3-point line.

I’m expecting to see more of the same in this clash. The Terrapins have struggled mightily on both sides of the ball lately, so beating the No. 17 team in the country will be a tall order. Maryland certainly stands a chance of covering a 7.5-point spread, but I cannot back the Terrapins, who have gone 2-10 ATS in their last 12 outings on the home court.

Although both Illinois and Maryland average just below 68 possessions per 40 minutes, I don’t expect to see a low-scoring affair. The Fighting Illini lean on their offense and shoot 38.1% from downtown (23rd in the country), while the Terrapins rank 205th in the opponent 3-point percentage (33.3%).

The over is 10-3 in Illinois’ last 13 games overall and 5-2 in Maryland’s previous seven. Also, the total has gone over in four of the Terrapins’ last five showings as underdogs.