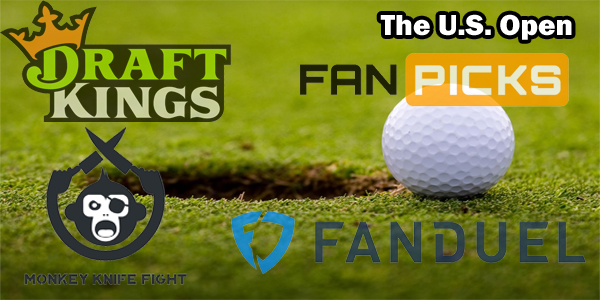 Carnage is expected this week at Winged Foot Golf Club for the 120th U.S. Open. There have been six previous U.S. Opens at Winged Foot and only one has ended with the victor under par. Geoff Oglivy won at 5-over back in 2006. Par generally isn’t a very good score in DFS circles, but it will have to be this week.

This is a monster of a course at around 7,500 and just a par 70, so birdies could be few and far between, especially with the greens and the extremely penal rough. With a course setup like this, finding value picks for DFS contests is an even more difficult challenge because a lot of these guys could eject and wind up not making it to the weekend.

We’ll try our best to find guys you can rely on in this week’s DFS value picks article. Salaries are from DraftKings.

Kevin Kisner ($7,600) – Kevin Kisner is my favorite long shot on the board this week. Kisner is a guy that can and will pepper fairways, but he’s annually one of the best putters on tour as well. Kisner was a top-15 putter last season on the PGA Tour and 33rd in driving accuracy. He’s not the biggest hitter and that could hurt him here, but fairways and greens are the recipe for success at Winged Foot. He’s a low-risk player in those two regards and a guy that probably has a higher ceiling than most of the players priced around him for this tournament.

Ian Poulter ($7,300) – Ian Poulter has seen all of the tough courses around the world that have hosted major tournaments, Ryder Cups, Presidents Cups, etc. Poulter finished last season tied for sixth in SG: Putting with Matt Kuchar. Poulter is not in the greatest current form and he only made it one event into the FedEx Cup Playoffs before bowing out, but he’s a guy that plays well on some of the toughest U.S. courses, like Augusta National, and the greens have been compared to the greens there by some pundits in the past. Poulter shouldn’t be fazed by the stakes, the field, or the course. While there isn’t a ton of statistical justification here, we can call it a hunch.

Cameron Champ ($7,300) – The higher-risk play here at $7,300 is Cameron Champ. Champ hits it a country mile. He was second to Bryson DeChambeau in percentage of yardage covered off the tee. DeChambeau is 500 times the putter that Champ is, but Champ has the length to shorten this course and give himself a chance. He’s got a lot of upside in that regard, but he has a lot of risk as well, considering that he was 136th in SG: Putting last season. He also hits fewer fairways than DeChambeau. But, you need big, strong dudes to get out of the foot-long rough at Winged Foot and Champ can at least grip it and rip it and see what happens.

Jason Kokrak ($6,800) – In terms of recent form, Jason Kokrak has been really good. He was 15th in the Wyndham Championship, 13th in the Northern Trust, and sixth in the BMW Championship before failing to qualify for the TOUR Championship. Kokrak is a pretty pure ball striker and a guy that can really get it out there off the tee. Kokrak was actually top 10 in SG: OTT last season and 41st in SG: Tee-to-Green. He’s not a great putter, but most guys that are long off the tee struggle with that. He was seventh in driving distance, so if he can find some fairways, he’s definitely got the length to attack this par 70 track.

Ryan Palmer ($6,600) – Ryan Palmer is just a solid player. Palmer had five top-10 finishes last season and did make it all the way into the TOUR Championship, where he finished T-24th. Palmer did struggle with his putter last season, but was 29th in SG: T2G and 40th in SG: OTT. He’s not a prolific hitter, but he’s a solid driver and doesn’t really have any major weakness to his game until he gets to the greens. Even with a poor display of putting, he was a top 30 player in the FedEx Cup standings and had a bunch of top-10 finishes, so why not take a look at him here at a really cheap price?