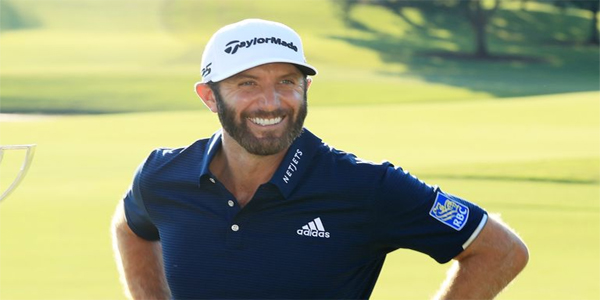 The Masters tournament is played on the same course every year. But the other majors aren’t. The U.S.Open is the next major on the calendar, and it is being played at Torrey Pines Golf Course in San Diego. It’s a site that is not used to hosting majors, but in 2008 it was the site where Tiger Woods won a 19-hole playoff against Rocco Mediate to capture a U.S. Open – his last major triumph until the 2019 Masters – in a genuine thriller.

Some BetOnline customers who watch golf on a regular basis may know that Torrey Pines holds a PGA event every year – the Farmers Insurance Open. But the USGA has explained that the course that players saw in that tournament is not the one they’ll see when they convene from June 17-20.

There are two courses at Torrey Pines. The North course draws much critical acclaim; it was re-designed by Tom Weiskopf. But they’ll only be using the South course for this shindig.

It is, in fact, the longest course used in any PGA event. And it’s going to be getting even a little longer – up to 7802 yards, in fact. The tenth hole is being lengthened, and the 15th has been extended by 35 yards. And while the public (yes, this IS a public course) plays it to a Par 72, this will be a Par 71, with the sixth hole going from a Par 5 to a Par 4.

Marc Leishman, who won the 2020 Farmers and just tied for fifth at The Masters, doesn’t feel that his prowess at Torrey Pines means very much. In fact, he thinks it will play like a completely different course.

When Tiger won in 2008, he was the only player in the field to finish in the top ten in both the Farmers and the Open.

Here are the odds (+3500 and below) to win the U.S. Open, according to the folks at BetOnline….. If you notice, Dustin Johnson, who missed the cut in The Masters as he was trying to repeat as champion, is the favorite:

There you have a list of the usual suspects.

But one thing you have to understand about the U.S. Open is that it has more than its share of winners who had never been heard from before, and haven’t been heard from much again.

That includes Lucas Glover, the 2009 champion, who has had only three PGA Tour wins in his 19 years as a professional. Andy North won the U.S. Open not once but twice (1978, 1985), and had only one other victory on tour. After 1985, he missed the cut in seven of his next ten U.S.Open appearances, finishing no better than 37th.

Cyril Walker was the 1924 champion, beating Bobby Jones.That was his only top ten in the U.S.Open. He did reach the quarterfinals of the PGA Championship (a match play event at the time) in 1931. Nine years later, he was working as a caddy at a municipal golf course in Miami Beach.

And then there is the case of Orville Moody. We must explain that the U.S. Open allows for players to go through local and sectional qualifying, meaning that anyone with a two-handicap or better can give it a try. Moody qualified through this process in 1969, then proceeded to win the tournament. It was his only victory in a PGA Tour event, although we should mention that he won plenty of times on the Senior Tour.

There are a number of other examples. The point we’re trying to make is that it should be no surprise if the eventual winner comes out of nowhere, so maybe it’s not a bad idea to look further down the odds list and, well, look for someone who could come out of nowhere.

Does that make sense?

Don’t forget that BetOnline is your headquarters for championship golf, every week of the year, and they present more wagering options than you can possibly imagine……. What you’ll really love is the “Live Betting” option, which lets you travel from one hole to the next and wager on each of the pairings and/or groups!……. It’s very easy to join up – they can accommodate you with every conceivable deposit method, including a host of cryptocurrencies, like Bitcoin!