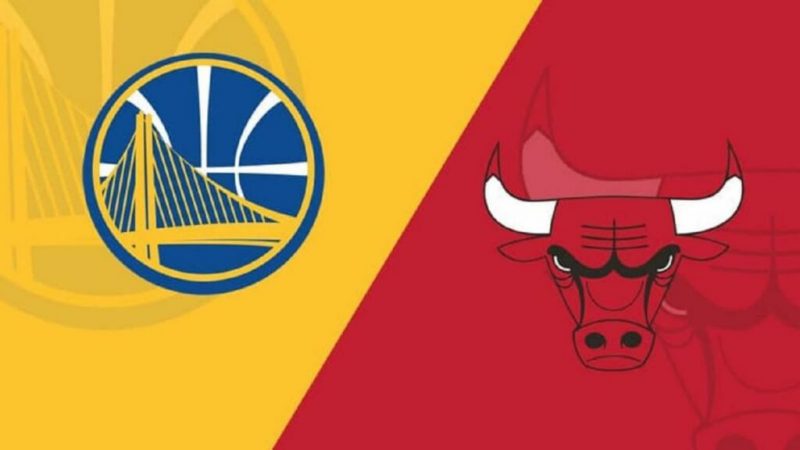 The 2021-22 NBA season continues with a nine-game Friday card, bringing the marquee interconference matchup from United Center in Chicago, so here’s the best Warriors vs. Bulls betting pick.

Golden State and Chicago wrap up their two-game regular-season set. The Warriors aim for their tenth straight victory over the Bulls, opening as small 1.5-point road underdogs with a total of 224.5 points on MyBookie Sportsbook.

The Dubs lost three of their last four games

The Golden State Warriors fell to 30-10 straight up and 23-15-2 on the season following a 116-108 defeat at the Memphis Grizzlies this past Tuesday. It was their third loss in the last four outings, and the Dubs have covered only once in their previous five games overall.

The Warriors rallied from an 18-point first-half deficit but couldn’t get the job done in the fourth quarter. They shot only 42.7% from the field and committed 17 turnovers. Steph Curry posted a triple-double of 27 points, 10 rebounds, and 10 assists, while Klay Thompson added 14 points on 5-for-13 shooting from the field.

Draymond Green sat out Tuesday’s loss due to a calf injury and will remain on the shelf for the next three games. The Warriors meet the Bulls on the second day of a back-to-back set, coming off a tough road clash against Milwaukee that has been excluded from the analysis.

The Bulls got hammered by the Nets

The Chicago Bulls (27-12; 23-16 ATS) are coming off a heavy 138-112 defeat to the Brooklyn Nets this past Wednesday. They trailed by a couple of points at the break, allowing the Nets to dominate in the second half and pick up an easy win.

Brooklyn dropped 76 second-half points on Chicago. The Nets shot 56.3% from the field and 53.1% from beyond the arc. The Bulls, on the other side, made 46.9% of their field goals and committed 17 turnovers, while Zach LaVine led the way with 22 points and six assists.

Derrick Jones Jr. suffered a knee injury in the first minute of that ugly loss and will miss the next few weeks. Alex Caruso is in the medical protocols, so the Bulls will have to figure out a few things, especially on the defensive end. Chicago surrenders 109.3 points per 100 possessions (tied-15th in the NBA) on 45.7% shooting from the field (tied-18th) and 35.7% from downtown (tied-21st).

Whether you like to follow the betting trends or go against them, this is a game you don’t want to miss. The Warriors are 9-0 SU and 7-2 ATS in their last nine meetings with the Bulls. Back in November, Golden State thrashed off Chicago 119-93, and Steph Curry accounted for 40 points. The Warriors were without Klay Thompson, while the Bulls missed Nikola Vucevic.

Frankly, I don’t feel comfortable with a side bet this time around. The Warriors are without their glue guy and best defender, while the Bulls have injury problems, too. Chicago should be fired up to make amends for an embarrassing loss to the Nets, but I lean the Warriors because of their defense. And Stephen Curry, of course. The Dubs allow 102.4 points per 100 possessions (1st in the NBA) on 42.6% shooting from the field (also 1st).

The under is 4-1 in the last five encounters between the Warriors and Bulls. Also, the under is 3-1 in Golden State’s last four outings and 3-3-1 in Chicago’s previous seven. Both teams average 98.7 possessions per 48 minutes (tied-12th in the league), so the totals look like another tricky wager in this matchup.