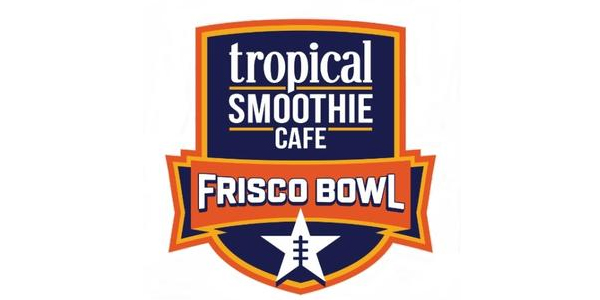 The youth movement with college football head coaches is certainly on display in our first two bowl games. Will Healy has the Charlotte 49ers in their first bowl game ever and Sean Lewis has Kent State in a bowl for the first time since 2012 and for just the third time in program history. Lewis, the youngest coach in FBS, faces long odds to get the win as the Utah State Aggies are favored by 9.5 in Frisco, Texas, but the Golden Flashes have overcome the odds all season long.

Utah State was a disappointment this season. It was a tough first year in tenure #2 for Gary Andersen. The Aggies only returned two starters on offense, though one of them was quarterback Jordan Love. Word came out on December 9 that Love is pondering a graduate transfer after the bowl game. He also might declare for the NFL Draft. Judging by Kent State’s defense, Love has a chance to put on quite a show in this one. The total of 65 also suggests some points.

You really do have to hand it to Lewis. The MAC East is terrible and Kent State was able to benefit from a weak schedule, but this is also a 6-6 team that played Wisconsin, Auburn, and Arizona State in the non-conference. It sure feels like a long time removed from the Golden Flashes needing multiple overtimes to beat Kennesaw State, though the Owls were in the FCS playoffs.

You can see why this line has moved up from 8 to 9.5, though. The MAC is awful in bowl games, so that’s part of it. Also, Kent State managed 5.75 yards per play on offense, but gave up 6.31 YPP on defense. That isn’t really the resume of a 6-6 football team. You can point to the non-conference schedule, where Kent allowed 7.18 YPP to the three Power Five teams, but you can also look at how the Flashes allowed 6.17 YPP in conference. They only outgained MAC foes by 0.21 YPP, which is another reason why the market soured on Kent State right away.

All of that being said, how far did this Utah State offense fall? The Aggies were just 0.01 yards per play better than Kent State on offense. This is an Aggies unit that was 10th in the country in YPP last season. Love went from a 32/6 TD/INT ratio to a 17/16 TD/INT ratio. He has only been sacked 16 times, so he hasn’t been in the face of too much pressure, but an inexperienced group of wide receivers and a toned-down running game hurt his numbers.

The Utah State defense regressed as well. The defense didn’t fall back nearly as much as the offense, but the Aggies went from 5.0 YPP allowed to 5.55 and went from 3.5 yards per carry allowed to 4.28. The Andersen hire was fairly puzzling to begin with and the drop-off on both sides of the ball may not bode all that well for the future. Then again, it was Andersen who originally built the boys from Logan up in the first place. Then he went to Wisconsin and Matt Wells took over when the team went from the WAC to the Mountain West.

Kent State QBs were sacked 39 times during the regular season, which tied for 122nd in the country. Utah State doesn’t have a prolific pass rush by any means, but Justin Ena should be focused on that in the bowl prep period.

This is the type of game in which gadget plays and some explosive gains are there for the taking. Utah State’s offense has regressed, but Kent State’s defense is bad and Jordan Love is plenty good enough to take advantage. Even though the total is lofty at 65, that is the way to look in this game.

As far as a side goes, the line is moving on Utah State, as Kent State was outgained on a YPP standpoint for the season, but the three Power Five teams played a huge role. It wouldn’t be a stunner to see Kent State keep this close, as Lewis is an up-and-comer in the business. Andersen has more experience prepping teams for bowl games, but he didn’t really prep his team all that well for the season.

See if you can wait this one out and grab a 10 or 10.5 on Kent State with the unyielding fade of the MAC during bowl season. My personal power rating here is Utah State -8.5. That means there won’t be a ton of value off of my number, but Utah State has been unimpressive and Kent State will be plenty motivated here.