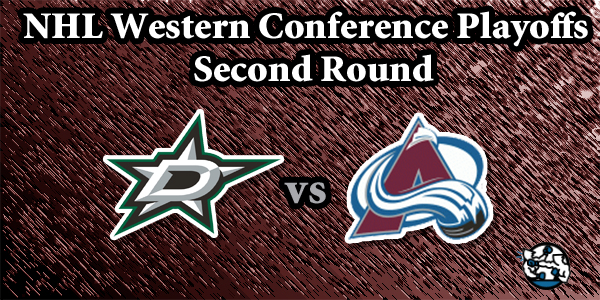 If the Dallas Stars wanted to, they would have a bone to pick with the NHL. Shortly after roaring back from a 3-0 deficit in Game 6 to finish off the Calgary Flames, they will open up their second round series against the Colorado Avalanche. The Stars will play on Saturday August 22 at 8 p.m. in Game 1 and do so just two days after getting out of the first round.

We wouldn’t call it a Gentlemen’s Sweep for the Avs over the Coyotes, as they lost Game 3, but back-to-back 7-1 wins put an emphatic end to that series. The Stars have a very tough assignment against an excellent Colorado bunch.

It is still hard to overlook the fact that Dallas has such a quick turnaround to face the Avalanche. The other second round series start on Sunday and Monday.

The Stars were much better offensively in their series against the Flames than they were for most of the regular season. Cam Talbot is really the reason why the Flames were able to extend the series to six games. Otherwise, Dallas was dominant. The Stars actually got doubled up in scoring chances in Game 6, but they had a 149-107 edge in scoring chances through the first five games of the series. Even with an uncharacteristically bad defensive performance at 5-v-5 in Game 6, the Stars still held a 53-37 edge in high-danger scoring chances.

Dallas’s power play was another reason why the series lasted so long. No, not because of ineffectiveness, but because the Flames scored three shorthanded goals. Dallas had five power play tallies in the series, though two of them did come in Game 6.

Arguably the biggest question in the series is in net for Dallas. Ben Bishop played Game 1 against Calgary and then was deemed unfit to play. Anton Khudobin had his moments, but he also allowed 13 goals on 159 shots in the series. A .918 SV% isn’t bad, per se, but it won’t get it done against a much more explosive Colorado team. Dallas had the luxury of not seeing Matthew Tkachuk for most of the series against the Flames and he would have made a big difference.

The Avalanche always looked like a scary team going into the playoffs. This team battled a ton of injuries during the season, but still managed to be one of the top four seeds and we saw what they were capable of in the Round Robin games with a healthy complement of players. The Coyotes really saw it firsthand losing the last two games of the series by a combined 14-2 count.

It wasn’t just the offensive barrage for Colorado that was impressive. They held the Coyotes to just 84 scoring chances at 5-v-5 over the five games of the series. They had 125 of their own. Darcy Kuemper stole Game 3 stopping 49 of 51 shots. Otherwise, Colorado was pretty much unstoppable. They even managed to give Pavel Francouz a game to give Philipp Grubauer a blow.

Grubauer stopped 81 of 85 shots in the series. Two of the eight goals that the Avs allowed in the series were empty netters from that Game 3 loss.

Even with all of the injuries, Colorado scored 162 goals at 5-v-5 during the regular season. They were +47 in goal differential at 5-v-5, which was the best mark in the league. Dallas was second in goals allowed 5-v-5, but Colorado was third. They are a team that nobody wants to face and the Stars are the unfortunate souls that wind up on a crash course with them in the second round.

I’ll give Dallas a game here, much like I gave Arizona a game in the first round. The Avalanche are just too good. They’re likely to overwhelm Dallas, who did make some good adjustments during the series against Calgary, but ran into one of the weaker playoff teams and a team that was missing its leading scorer for most of the series. Sure, the Avs played a somewhat hapless Coyotes team, but their regular season body of work was just so strong.

Dallas will have to strongly commit to 5-v-5 defense, as they did during the regular season, but that will come at the expense of offense and they don’t score enough as it is.

BET ON THE AVS TO ADVANCE AT BETONLINE SPORTSBOOK!