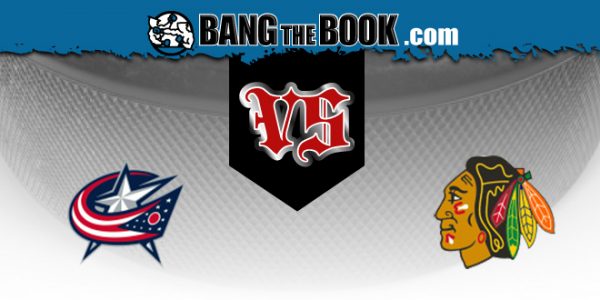 The Chicago Blackhawks are a team that had a crisis coming into the season in the area that might ultimately affect them most – preventing the other team from putting the puck in the net. And those areas were not seemingly addressed in the off-season.

They may have kind of fallen into clover, as it were, with a goaltending find that didn’t necessarily come out of nowhere, but is paying off unexpectedly. And he will likely be there in goal as the Blackhawks play host to the Columbus Blue Jackets in a game that begins at 8:08 PM ET at the United Center.

In the NHL betting odds that have been posted on this game by the people at BetAnySports, the visiting Blue Jackets are the favorites:

It’s not really all that curious that Columbus would be favored in this game, because there are some things that have to be perceived as advantages for them. For one thing, Chicago’s power play is looking a lot weaker since two of the members of that special team – Alex DeBrincat and Adam Boqvist – were placed on the COVID list, so until further notice, coach Jeremy Colliton is going to be searching for a combination that can make things happen. They had been successful, converting 36% of their chances, until coming up empty two nights ago against Nashville.

But really, the Columbus power play has been a disaster, scoring just twice in 22 chances (9.1%). So the edge there really depends on how you choose to look at it.

The Blue Jackets, truth be told, have been through a bit of upheaval with the recent trade they pulled off with Winnipeg. That deal brought hometown kid Jack Roslovic to the fold, along with All-Star winger Patrik Laine, as the disgruntled center Pierre-Luc Dubois was dealt off. So those guys have to be worked into the mix, and there are others, like Mikko Koivu, who spent 15 years with the Minnesota Wild, and Max Domi, who are still kind of getting used to their new surroundings. If Dubois was a disruptive force, that trade becomes a huge positive, but the return can’t be fully measured just yet.

The ‘Hawks had holes on defense last season, allowing more shots on goal than anyone last season. Losing Boxiest is a blow. And signing Madison Bower provides only cool comfort. When they lost goalie Corey Crawford, it was time to start all over in net, and there were three candidates. Collin Delia has allowed five goals in each of his two outings. Malcolm Sub ban has surrendered eight goals in two games, and has in general been inconsistent during his brief NHL career.

The guy who has shown something is Kevin Lankinen, who led his native Finland to the Ice Hockey World Championship in 2019, sizzling with a 1.50 GAA. After a rough start where he allowed five goals, he’s only allowed four goals in three games since (outside the shootout phase, of course). The other night against the Predators he stopped 41 of 42 shots through regulation and the overtime period.

He looks like this team’s logical solution. We have to believe Colliton sees it that way too. We are writing this under the assumption that Lankinen is going to get the call for Friday’s game. If that is the case (and as the game approaches you can be more certain), we like Chicago as a home dog over a Columbus team that has no day off and has allowed almost as many shots per game as the ‘Hawks have. If it is Delia or Subban, we don’t quite trust them to hold the fort down in front of a penetrable defense, so we’d side with Columbus.

BetAnySports is the place to be when it comes to betting on NHL hockey. You can get reduced juice to help you get better numbers. And then after the first puck is dropped, you can stay right with the action using Sports Betting Prime……… Open your account using your debit card, credit card, person-to-person transfers or the virtual currency of Bitcoin, which is fast and easy with their automated system, and NEVER incurs a transaction fee!

Get Ready for Over 1,000 Super Bowl LV Props at BetOnline Sportsbook