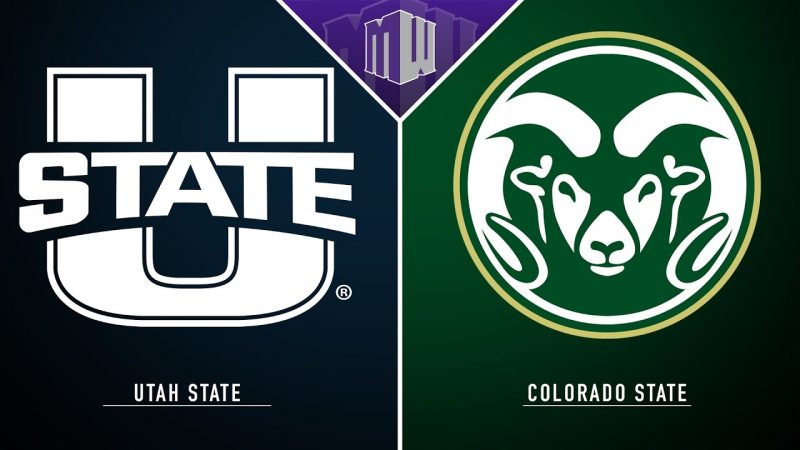 The 2021 college football season goes on Friday, October 22, with four Week 8 games around the country, so we’ve prepared the best Colorado State vs. Utah State betting pick and odds, as the Rams and Aggies lock horns in the Mountain West Conference showdown at Maverik Stadium in Logan, Utah.

These two foes meet for the first time since 2019, and Utah State has won its last two encounters with the Rams. The Aggies are 3.5-point home underdogs for Friday’s game, while Colorado State is a -162 moneyline fave with a total of 58.5 points on Bookmaker Sportsbook.

The Colorado State Rams (3-3; 4-2 ATS) are topping the Mountain Division of the Mountain West Conference following a 36-7 thrashing of New Mexico in Week 7. They improved to 2-0 in the conference play, remaining the only undefeated team in their division.

It was the Rams’ second win in a row and third in the last four games overall along with a 24-14 defeat at the No. 5 Iowa Hawkeyes. They easily covered as 13-point road favorites, holding New Mexico to a paltry 76 total yards. The Rams racked up 452 total yards in a return, while senior signal-caller Todd Centeio completed 16 of his 25 pass attempts for 289 yards and a TD.

The Aggies avoided an upset in Week 7

The Utah State Aggies (4-2; 3-3 ATS) snapped a two-game skid with a 28-24 victory at UNLV this past Saturday. Playing as seven-point road favorites, the Aggies barely outlasted the Rebels, scoring the winning touchdowns with 35 seconds left on the clock. They improved to 2-1 in the conference play, sitting at the third spot of the Mountain Division.

The Aggies had 21 1st downs and 440 yards of total offense at Allegiant Stadium in Las Vegas. Senior wideout Deven Thompkins went off for 12 receptions, 180 yards, and a couple of touchdowns, while junior QB Logan Bonner tossed for 298 yards, two scores, and an interception.

The Rams’ defensive unit has been impressive thus far. If they continue with a strong performance, the Rams should slow down the Aggies’ offense and escape with a victory. On the other side, Utah State has struggled to defend well, allowing 24 or more points in each of its previous five outings.

The Aggies’ run D is a mess, and the Rams will look to exploit its flaws. Colorado State is winless in two straight games against Utah State, but the Rams are 4-0 ATS over their last four meetings with the Aggies, so give me the visitors to cover a 2.5-point spread.

The Rams haven’t allowed more than 24 points since a shocking 42-23 loss to South Dakota State in their season opener. In three of their previous four outings, the Rams held their opponents to 14 or fewer points, so I’m backing the under when they visit Utah State.

The Aggies have been pretty inconsistent so far this season, scoring 49 points against Air Force on the road and just three points against Boise State at home. I’ve mentioned their defensive issues, though the Aggies shouldn’t allow a bunch of points to the Rams. The previous three encounters between Utah State and Colorado State went in the under.