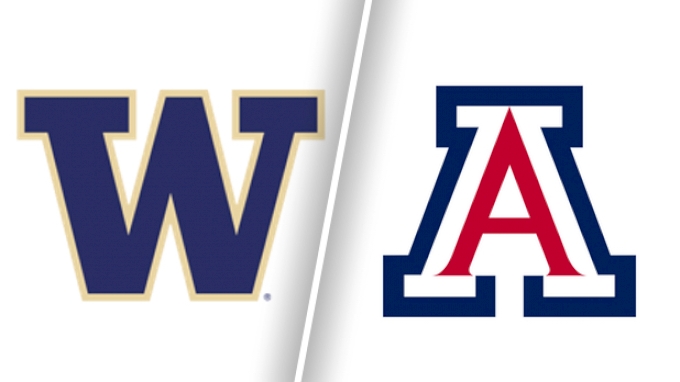 The college football betting action continues with four games on Friday’s card, including the Pac-12 Conference showdown at Arizona Stadium, so here’s the best Washington Huskies vs. Arizona Wildcats betting pick along with the latest odds update.

The Huskies are listed as firm 18-point road favorites on BetOnline Sportsbook, while the totals sit at 45.5 points. Arizona is winless in four straight meetings with Washington, and the Wildcats opened as +640 moneyline dogs for Friday’s clash.

The Washington Huskies (2-4; 1-5 ATS) fell to 1-2 in the conference play following a 24-17 defeat to UCLA in Week 7. Playing as small 1.5-point home favorites, the Huskies recorded their second straight loss, so they are now 3-5 SU and 1-7 ATS over the last eight games overall.

It was another poor offensive display from the Huskies, who racked up only 267 total yards against the Bruins. Freshman QB Dylan Morris went 20-of-30 for 184 yards, a TD, and two interceptions, while the Huskies averaged just 2.7 yards per carry (83 in total).

Washington is scoring 23.5 points per contest, enough for the 100th-best in the nation. Through his first six appearances in 2021, Morris has thrown for 1,446 yards, eight touchdowns, and eight interceptions. On the other side of the ball, the Huskies are yielding 20.3 points per contest (38th in the nation) on 190.7 rushing yards (104th) and 153.2 passing yards (4th).

The Arizona Wildcats (0-6; 2-4 ATS) are riding a horrible 18-game losing streak following a 34-0 defeat at the Colorado Buffaloes this past Saturday. They allowed just a couple of field goals in the first half, but the wheels fell off in the third quarter when the Buffaloes scored three touchdowns.

The Wildcats tallied 280 total yards and surrendered 365 in a return. They had 31 totes for 127 yards, while freshman QB Gunner Cruz went 13-of-22 for just 82 yards and an interception. Cruz suffered a season-ending thumb injury, so freshman Will Plummer finished the game for the Wildcats, who have already lost sophomore QB Jordan McCloud (knee, ankle) for the season.

In four appearances this season, Plummer has tossed for 380 yards, two touchdowns, and three interceptions, completing just 50.7 percent of his passing attempts. The Wildcats are scoring only 14.0 points per game (tied-129th in the country) while surrendering 32.0 in a return (tied-105th).

With Arizona’s offense in shambles, the Huskies shouldn’t embarrass themselves and allow the Wildcats to snap their terrible skid. Covering an 18-point spread will be a tricky job for Washington, no doubt, but I cannot back this Arizona team that has lost three straight contests by 18 or more points.

This should be a low-scoring affair, but the line at 45.5 points makes the totals a tricky wager. I’ll have to go with the under because of the Huskies’ and Wildcats’ offensive woes, though Washington scored 24 points in its previous showing on the road.

The totals have gone under in five of the Huskies’ last six games overall and four of their previous five games on the road. On the other side, the under has hit in ten of Arizona’s last 14 games at any location.