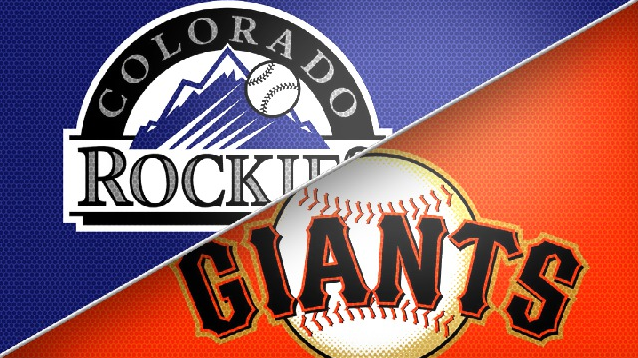 The Colorado Rockies head to Oracle Park this Thursday night to open a four-game series against the San Francisco Giants, so here’s the best betting pick for this National League West showdown with the first pitch at 9:45 PM ET.

The Giants are 6-3 against the Rockies in 2021. San Francisco is a -155 fave for Thursday’s opener, while Colorado is listed at +145 moneyline odds on Bovada Sportsbook.

The Colorado Rockies won five of their last seven games overall, excluding Wednesday’s closer of a two-game set at Houston, but all those five wins came at Coors Field. They suffered a 5-0 defeat at the Astros this past Tuesday which was Colorado’s seventh loss in its previous ten showings away from home.

The Rockies own a pedestrian 5.27 ERA in August, allowing a .267 batting average to their opponents. They lead the majors with a .996 OPS this month, but as I’ve said, the Rockies mostly played at home, and they have an awful .614 OPS away from home in 2021.

German Marquez (10-8, 3.42 ERA, 1.15 WHIP), who’s been the Rockies’ top ace so far this season, will take the hill Thursday, searching for his third straight victory. After tossing six frames of a two-run ball at San Diego, the 26-year-old righty fired six scoreless innings in a 14-2 dismantling of Miami last Friday.

The Giants continue a nine-game homestand

The San Francisco Giants looked to sweep a two-game home set against the D-backs on Wednesday night. They beat Arizona 8-7 as -225 favorites last Tuesday to extend their winning streak to three games and improve to 72-41 on the season.

German Marquez is having a nice season, considering the fact that he’s calling Coors Field home. However, the righty has struggled mightily in each of his three starts against San Francisco in 2021 (0-3 record), allowing a whopping 15 earned runs on 16 hits and eight walks across just 10.1 innings of work.

Marquez should be better this time around, but I’m still backing the hosts to win. German is 3-5 with a 4.86 ERA and 1.40 WHIP in nine career starts at Oracle Park, and the current Giants are slashing .331/.434/.506 against him. Furthermore, the Rockies ‘pen is one of the worst in the league, so the hosts should come out on top. The Giants would lean on their bullpen should Logan Webb starts to struggle.

The Giants bullpen has recorded a 2.06 ERA so far this month which is way better than the Rockies’ 5.63 ERA. The visitors will look for their chances against Logan Webb, while the Giants will try to get into the Rockies’ bullpen as soon as possible.

The over has hit in six straight encounters between these two NL West foes, and I would stick with this betting trend, especially with the line at 7.5 runs.