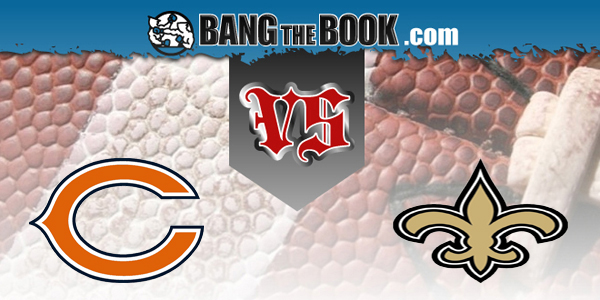 There were a lot of playoff berths up for grabs in Week 17. The only team to lose and still get in was the Chicago Bears. They backed in at 8-8 because the Arizona Cardinals fell short against the Los Angeles Rams. The prize for the Bears was a trip to New Orleans to take on the Saints at the Superdome in the Wild Card Round.

New Orleans is -10 at Bovada Sportsbook with a total of 47 for the game. Of the six playoff games, this certainly appears to be the one with the least amount of variance, but Saints fans and backers won’t take anything for granted after some of the eye-popping playoff exits for the team wearing a fleur de lis on their helmets in recent years.

Let’s take a deep dive into this game and see if there’s a play to be made on either side or total for Sunday’s middle game with a 4:40 p.m. ET kickoff.

Which Mitch is which? The Bears have gotten meaningful snaps from both Mitch Trubisky and Nick Foles this season. Both quarterbacks suffered bumps and bruises. In Week 12, Matt Nagy decided once and for all that Trubisky would be the guy. In those six games, Trubisky posted a 10/5 TD/INT ratio and completed over 70% of his passes. If we eliminate the Green Bay game in Week 12, Trubisky has completed 74% of his throws in his last five games.

Those five games were against the Lions, Texans, Vikings, Jaguars, and Packers. The Saints defense is better than all five of those units. You could maybe even take the best players from those five teams, put them together on defense, and the Saints might still be better.

The running game did improve greatly for the Bears in that span, as they realized how valuable of a weapon David Montgomery could be. He had 116 carries for 598 yards and 24 catches for 226 yards. He had 21 carries for 89 yards in the first game against the Saints, a 26-23 overtime loss for the Bears back on November 1.

There is no denying that the Bears looked different on offense late in the season and it may have been enough to save Nagy’s job. There is also no denying that the Bears defense hasn’t really been as good as expected. They are 10th in points per drive against, but 21st in percentage of opponents’ drives ending in points. They were fifth in red zone touchdown percentage, which made all the difference.

It became a bend, but don’t break defense. There are some key injuries for the Bears on defense and this is a team that ranked 31st in third-down conversion rate on offense. The defense might be under siege to a higher degree than the first meeting this time around.

In the first game, there were two major areas of concern for the Saints. They were 2-of-13 on third down and 1-of-4 in the red zone. New Orleans kicked four field goals of less than 40 yards and didn’t put any distance in the game. They outgained the Bears 5.5 to 4.8 in the yards per play department, even though Nick Foles threw for 272 yards.

Now they’re back in the optimal conditions of the Superdome with their aging quarterback. It also looked like Michael Thomas and Alvin Kamara will be back. Kamara had 163 total yards in the first game against the Bears and will feature prominently in the gameplan again here.

The Saints were fifth in red zone touchdown percentage during the season, so the Bears game was an outlier as far as the season goes. They were 1-for-4 in that game. They were 48-for-66 otherwise. Sometimes a data point is worth reading into. Other times it isn’t. This could very well be one of those times.

Defensively, the Saints wound up only allowing five yards per play for the season. Early in the year, there were a lot of questions with the Saints defense, but as they got healthier and locked down in the second half of the season, they played extremely well.

There are a lot of ways to attack this game. Some will prefer the resurgent Bears side, expecting the +10 to come into play with a lower-scoring game. Others will look at the Saints, who have the better offense and the better defense, and just assume that they eventually wear down the Bears for a cover.

One of the common themes about teams that have covered those bigger numbers is that they have scored a lot of points. Since 2015, only one of the seven teams to cover a spread of 7.5 or higher in the playoffs has scored under 30 points. Can the Saints get to 30 and give themselves a great chance to cover?