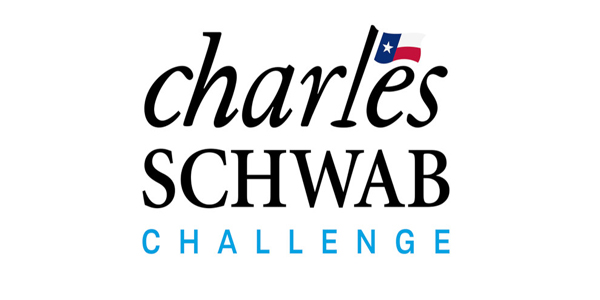 The PGA Tour is back! The Charles Schwab Challenge at Colonial Country Club in Fort Worth, Texas marks the return of the top golf league on the planet. We had a couple of charity events last month, but now we get one of the strongest non-playoff or major fields that we’ve seen in quite some time. The players are eager to get back and start making money and bettors are eager for another thing to wager on.

Formerly known by many names, like the Dean & DeLuca Invitational and, most notably, the Crowne Plaza Invitational, this is a good test for the players. This course only plays as a par 70 checking in at over 7,200 yards. The first hole is a very reachable par 5 that 40% of the field birdied last season. Getting a 1-under or better there is imperative with the Horrible Horseshoe of 3-4-5 coming up. Those three holes all played over par on average last year.

Fans will not be in attendance. Texas Governor Greg Abbott did say that up to 25% capacity was allowed at outdoor venues, but the PGA Tour decided to uphold its previous announcement regarding spectators. The players shouldn’t be affected too much, though the lack of stands and patrons could make some errant tee shots even worse with nothing to stop them. Driving accuracy could be very big until things return to normal.

Not everybody will return to the course this week because this is an Invitational event, so there are some criteria that need to be met in order to be in the field. Past Colonial winners, PLAYERS and major championship winners, Tour Championship and WGC event winners, other Invitational winners, PGA tour winners since the last Colonial tournament, the Top 50 in the OWGR, the Top 80 from last year’s FedEx Cup points list, and the top 15 from last year’s tournament are some of the criteria.

Tiger Woods is virtually the only big name not in the field. Rory, Rahm, and JT are the three shortest prices on the board at 5Dimes Sportsbook, with McIlroy at +675, Rahm at +1110, and Thomas at +1310. Sungjae Im is +1800. The rest of the field is +2200 or higher as of Sunday June 7 with Webb Simpson, Bryson DeChambeau, Xander Schauffele, Patrick Reed, Dustin Johnson, Brooks Koepka, Rickie Fowler, Jordan Spieth, Tony Finau, and on down from there.

This looks like a major field, without some of the European players given different travel restrictions and whatnot from the COVID-19 pandemic. This is something of a tough handicap. Surely these players have been getting some rounds in on their own, but they have not played in tournament conditions since trying to force the PLAYERS Championship in mid-March. There have been a couple of charity events featuring Fowler, Johnson, McIlroy, and Matthew Wolff, and also Phil Mickelson and Tiger Woods, but those were one-offs and not predictive at all.

Reigning champion Kevin Na is +5000 this week. He won by four shots last year over Tony Finau. It was Na’s second straight top-five finish after coming in fourth in 2018. Na shot an opening-round 62 and a final-round 61 that year. He shot a second-round 62 last year. Based on some of the past performances here, with guys like Justin Rose, Adam Scott, Kevin Kisner, Zach Johnson, and Na, this is a tournament in which you have to be a terrific putter. Kisner, for example, has been in the top 30 in SG: Putting every year since 2015. We know that Rose and Scott can get extremely hot with the flatstick. Na’s best attribute is his game on the greens.

All of the players will have to get a feel for the putting surfaces as quickly as possible, but a guy like Patrick Reed at +2600 makes a lot of sense. Before everything hit the fan, Reed was third in SG: Putting. Only Denny McCarthy, who is not in the field, was better in that department over a good sample size of tournaments. Louis Oosthuizen is actually tops, but he’s only played six measured rounds. Oosthuizen is in the field at +5500 and finished T-5th in 2018.

Reed hasn’t played this event since 2016, but he did finish T-15 in that one. He’s had a good year, as he has four top-10 finishes, including a win in the WGC-Mexico and ranks seventh in SG: Total. He’s been a little bit rough off of the tee, but he’s made up for it nicely on the way to the green and on the dance floor. He isn’t the longest hitter by any means, but Zach Johnson is a two-time winner here and Jordan Spieth has played very well here with some marginal driving stats.

Among the other shorter prices, Webb Simpson had back-to-back top-five finishes in 2016 and 2017. He didn’t play here last year and narrowly missed the cut in 2018, but he’s a top-15 putter this season. The +2200 price isn’t great by any means, but Simpson has been a really consistent force and was playing some of the best golf of his career this season prior to the shutdown.

In the mid-range, Amarillo native and Texas A&M Aggie Ryan Palmer isn’t a bad look at +6600. Palmer tied for sixth last year with four rounds in the 60s and tied for third back in 2016, finishing four shots off of the incredible pace of Jordan Spieth. Palmer missed the cut in 2018 and finished T-70th in 2017 because of a third-round 77, but he knows this course well and he has been playing well since the start of the 2018-19 season with eight top-10 finishes.

Let’s throw a big price out there in Andrew Putnam at +15000. Putnam has only had the résumé to qualify for this event twice. He’s played the last two years and he’s finished T-20th and T-3rd. Putnam’s opening-round 64 back in 2018 was bested only by Na and Charley Hoffman. Putnam ranks sixth on the PGA Tour in SG: Putting this season.

Putnam has had his issues with other facets of his game, but we’ve seen guys that aren’t great off the tee win and play well here because of their putting prowess. Putnam fits that bill, even if most of his stats leave something to be desired. He was playing better the previous two seasons with a more well-rounded set of strokes gained statistics, but a lot of these guys are operating on a pretty level playing field here with the long layoff.

Another big price to consider is Cameron Smith at +12500. Smith is top 10 in SG: Putting. He won the Sony Open in Hawaii earlier this year and actually ranks in the top 40 in the OWGR. He’s badly missed the cut in his two previous starts at Colonial, hence the balloon price, but he’s been pretty good around the green and his putting has been a lifesaver. He has a little more length than some of the past winners, so as long as he doesn’t spray it all over the course off the tee or on approach, he could be in very good shape.

If nothing else, with guys like Putnam and Smith, you can seek out some top-10 or top-five props and maybe find a matchup or two.

Coverage of the Charles Schwab Challenge will be on Golf Channel throughout the tournament, with featured coverage from 3 p.m. to 6 p.m. ET on CBS on the weekend.