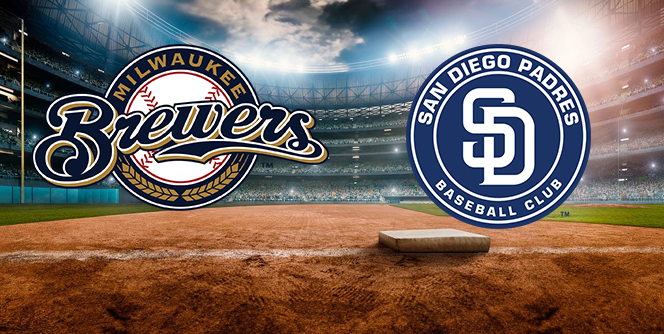 We’ve got a smaller card on Monday to start up a new week on the diamond. There are some pretty intriguing games and betting angles to consider across the eight games. Maybe the most interesting of the games is what looks like the top pitcher’s duel on the board between the San Diego Padres and the Milwaukee Brewers.

It will be Blake Snell for the visitors and Brandon Woodruff for the hosts, as the Padres and Brewers are both in the -110 range at BetOnline Sportsbook with a total of 7 in the series opener in Milwaukee. We’ll still call it Miller Park for old time’s sake, but it is now American Family Field.

Let’s see what tonight’s game has in store.

We’ve got some big-time streaks going on in baseball right now, including a nine-game winning streak for the San Diego Padres. They head for the Midwest having swept a full homestand against the Cardinals, Rockies, and Mariners by a combined score of 66-18. The Padres were an offense in light for lots of positive regression with limited success on hard-hit balls, but it sure seems like that changed over this big run of wins.

Overall, the Padres have won 12 of their last 13 games, but the level of competition is about to take a big jump. Milwaukee isn’t a great team by any means, but has better pitching than the Rockies, Cardinals, and Mariners. All teams can do is play against who is on the schedule, so it isn’t San Diego’s fault that some favorable matchups popped up on the schedule.

This roadie runs through Milwaukee for four, Houston for three, and then Chicago before going home to face the Mets and the Cubs. We’ll get a good idea of where the Padres stand playing against some better foes. Entering play on Sunday, San Diego had been steadily climbing in the wOBA department and ranked 12th. With Fernando Tatis’s enormous day on Sunday, the Padres have moved up even farther.

Over the previous 14 games before Monday’s resounding win over Seattle, the Padres had the league’s highest wOBA and on-base percentage. They had also scored the most runs with 83. This is an offense that is performing up to its capabilities now and seems to show no signs of slowing down.

Blake Snell has a 3.79 ERA with a 3.72 FIP in his 40.1 innings of work on the season. He’s struck out 60 and walked 25 with five homers allowed. Snell actually completed six innings last time out for the first time since July 21, 2019, holding the Rockies to one run on five hits with 11 strikeouts. Snell typically fails to work deep into games because of a lot of deep counts and because both his current and former teams have looked to limit his exposure the third time through the order.

The Padres have won a lot lately, but they’ve won by margin lately, so their bullpen, which leads the league in ERA and ranks right around the top five in FIP, has been able to spread out the workload a lot lately.

The Brewers haven’t had a lot of reasons to use their best relievers lately. Arguably the best position group on the team is the bullpen, but Josh Hader and Devin Williams have been used sparingly of late. That means that both guys have fresh arms going into this series against the Padres.

It also means that if the blueprint is drawn up properly for the Brewers, it will be Brandon Woodruff followed by Williams and Hader for all 27 outs. Woodruff has done his part to make that a reality as often as possible with a 1.58 ERA and a 2.45 FIP in his 57 innings of work. Woodruff is only 2-2 in those nine starts because the Brewers have only scored 10 runs while he’s been in the game. They only scored 18 for him in 13 starts last season.

Sunday’s win dragged the team’s record back up to .500, even though Milwaukee has a top-10 pitching staff by fWAR. Woodruff, Corbin Burnes, Freddy Peralta, and the aforementioned relievers have carried a lot of that load. The problem is that Milwaukee can’t hit. Prior to Sunday’s game, only the Rockies ranked lower in wRC+ than the Brewers. Yes, that even includes the Pirates, Mariners, and Indians.

Offense has been on the rise in the month of May, as we’ve seen a lot of teams strike out less and have more success on balls in play. The Padres offense deserves every bit of the positive regression that it has experienced, but beating up on the Rockies and Mariners doesn’t do it for me.

There will be a lot of filthy pitching on display here. Woodruff is great and a close game late would necessitate the use of both Hader and Williams. The Brewers are bad in every facet of the game offensively, including the 25th-ranked SLG against lefties. This one looks like an under.