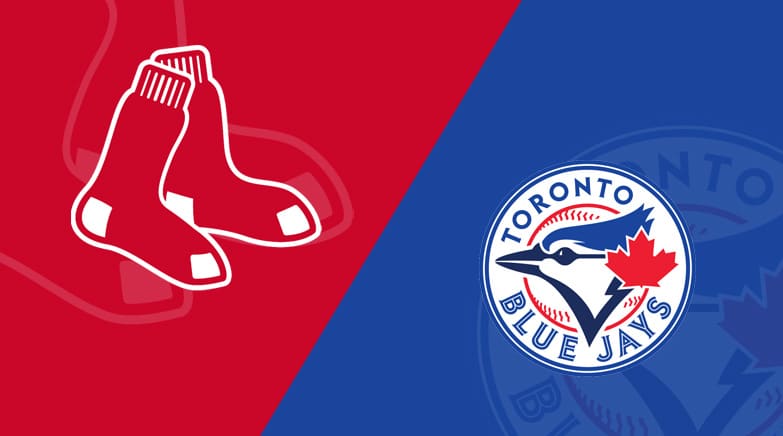 The Boston Red Sox will finish their ten-game road trip Sunday with the closing contest of a four-game series at Rogers Centre in Toronto, so here’s the best Red Sox vs. Blue Jays betting pick along with the latest odds update.

The Blue Jays smashed the Sawx in the opener, 12-4, and after Saturday’s seven-inning doubleheader that has been excluded from the analysis, the hosts open as -205 favorites to win the closer. According to Bovada Sportsbook, the Red Sox are +163 underdogs, and the totals sit at 9.0 runs.

The Boston Red Sox fell apart last Friday, allowing the Blue Jays to score 12 runs on 17 hits. Nathan Eovaldi yielded seven across 4.2 frames, while each of four relievers surrendered at least one, as the Red Sox’s pitching woes went on.

Over the last two weeks, the Sawx have recorded the third-highest ERA in the majors (5.89). They’ve also registered a poor 1.46 WHIP and a horrible .285 batting average against, so it’s no strange that Boston dropped the lead in the AL East.

The Red Sox put J.D. Martinez on the COVID-19 IL on Saturday which is a huge blow for their struggling offense. In the last 14 games overall, Boston has recorded a disappointing .241/.302/.377 slash line, slugging just ten home runs and 22 doubles in the process.

The Toronto Blue Jays were 6.5 games behind Tampa Bay and four behind Boston on Saturday. They’ve played very well lately, winning eight of their last nine tilts prior to Saturday’s doubleheader, and the Blue Jays have to stay on the winning path in order to cut their deficit in the AL East.

Over the last two weeks, the Blue Jays have recorded the third-best OPS in baseball (.850) while batting .285. Toronto has smacked 21 homers and a whopping 39 doubles through its previous 15 games overall.

On the other side of the ball, the Blue Jays have improved as of late, tallying the third-lowest ERA in the majors over the previous 15 days (2.81). Hyun-Jin Ryu will get the starting call Sunday, and the 34-year-old southpaw is 11-5 with a 3.22 ERA and 1.13 WHIP in 21 starts this season.

Ryu is 2-1 with a 2.00 ERA in three starts (18 frames) against the Red Sox in 2021. He hasn’t allowed a single run in each of his previous two dates with Boston, tossing 13 excellent innings in the process (six hits, no walks, and 12 strikeouts).

Garrett Richards will take the mound for the Red Sox this time around, and the 33-year-old righty is the main reason why I’m backing the Blue Jays to win. Richards is 2-2 with a poor 6.15 ERA in five starts against Toronto this season, and he’s yielded four earned runs in each of his two meetings with the Blue Jays in July.

Furthermore, the righty hasn’t been sharp over his previous nine outings, posting a 7.36 ERA in the process. He’ll have a mountain to climb in this one, and I’m expecting the Blue Jays’ offense to make the difference.

The totals are a tricky wager here, considering Hyun-Jin Ryu’s recent dominance over the Red Sox, who have been awful at the plate as of late. On the other hand, the Blue Jays’ bats could easily destroy the Red Sox pitching staff and score a bunch of runs on their own.

I will take the over, but the hosts remain my best pick. The Blue Jays bullpen has improved but still owns a 4.60 ERA in the second half of the season, while the Red Sox ‘pen has recorded a 4.28 ERA since the All-Star.