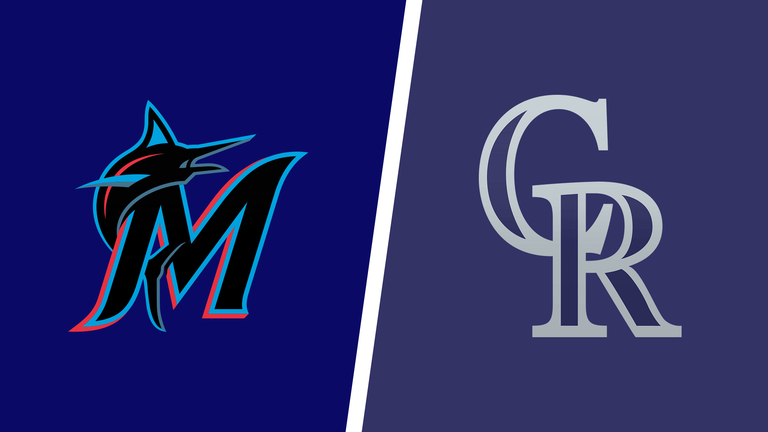 The Miami Marlins face off against the Colorado Rockies in the middle clash of a three-game series at Coors Field in Denver, so here’s the best Marlins vs. Rockies betting, as we’re taking a closer look at this National League showdown set for Saturday, August 7, 2021, with the first pitch at 8:10 PM ET.

The Rockies have lost a three-game set in Miami earlier in the season, 2-1. They are 10-8 in the last 18 encounters with the Marlins, and the Rockies sit at -139 odds to win Saturday’s game. The Marlins are +129 road underdogs, while the totals are set at 10.5 runs on Bovada Sportsbook.

Excluding their opening game at Coors Field on Friday night, the Miami Marlins have dropped 12 of their last 20 games overall. At least, the Marlins have just defeated the New York Mets in a four-game series in Miami, 3-1, but they are still the worst team in the NL East, trailing a couple of games behind the fourth-placed Washington Nationals.

The Marlins are nine and a half games behind the Mets, who lead the way in their division. Miami has recorded the fourth-worst OPS in the majors since the All-Star break (.683), and the Marlins are averaging only 3.92 runs per game this season (27th in the MLB).

Miami sports a decent 3.81 ERA in the second half of the season. Jesus Luzardo will get his second start for the Marlins since joining the team in July, and the talented 23-year-old southpaw is 3-4 with a disappointing 6.70 ERA and 1.60 WHIP in seven starts and seven relief appearances this season.

Luzardo met the Mets last Monday and earned a win on his Marlins debut. He fanned five across five innings of work while surrendering three earned runs on four hits and three free passes.

Colorado has done a solid job at home

The Colorado Rockies have won four of their last six games at home and will look to stay on the winning path when they welcome the Marlins. The Rockies’ season is already ruined, as they trail 13.5 games behind the Padres, who hold the bottom wild card in the National League, but Colorado hopes to get closer to a .500 record.

The Rockies have registered the fifth-highest ERA in baseball in the second half of the season (5.18), as pitching remains their biggest issue. On the other side of the ball, Colorado has scored 90 runs over its last 18 games overall while posting the seventh-best OPS in the majors (.775).

Austin Gomber will toe the rubber Saturday, and the 27-year-old lefty is 8-6 with a 4.04 ERA and 1.11 WHIP in 18 starts this term. One of those eight wins came against the Marlins in June, as Gomber tossed five frames of a one-run ball while striking out five. In his last three starts, Gomber has two wins and a loss, allowing nine earned runs on 12 hits and five walks through 13 innings of work.

Austin Gomber struggled mightily in his previous start, allowing four earned runs in the opening inning of an 8-1 defeat at the San Diego Padres this past Sunday. He didn’t return to the mound in the second, and I’m expecting a bounce-back performance in this one against the Marlins’ toothless offense.

Miami is slashing only .227/.293/.361 against the southpaws. On the other side, the Rockies’ offense has improved as of late. Colorado is slashing .263/.330/.437 against the lefties, so I’m backing the hosts to win this game. The Rockies bullpen is a big problem, but their offense should hit well against Jesus Luzardo, who’s having an awful season.

While the Rockies bullpen is among the worst in the majors all season long, the Marlins ‘pen is one of the best, boasting the fourth-lowest ERA (3.40). However, Marlins Park is the complete opposite of Coors Field, and playing at one of the most pitcher-friendly ballparks certainly helps Miami.

The current Rockies are 8-for-15 with a 1.556 OPS against Jesus Luzardo, and the hosts could easily score a bunch of runs early, considering their current form. Also, their bullpen will have a difficult job even against one of the worst offensive teams in the MLB.