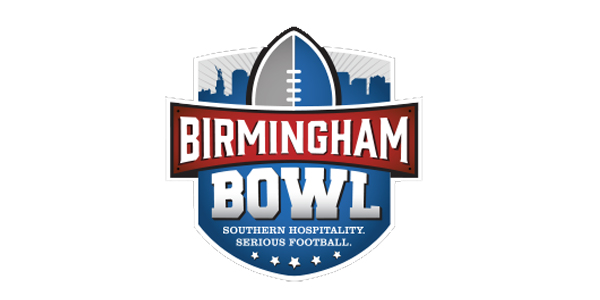 When the Boston College Eagles take the field for the Ticketsmarter Birmingham Bowl, it will have been 33 days since they last played. The layoff is week shorter than that for the Cincinnati Bearcats, but these post-New Year’s Day bowl games feel like an eternity away for these teams.

Cincinnati is a clear favorite of a touchdown in this one with a total of 55.5.

Boston College is one of the more mysterious teams when it comes to the bowl season. They won the finale against Pitt to be bowl-eligible, even though it had already been announced that head coach Steve Addazio wouldn’t be back. Wide receivers coach Rich Gunnell will coach the bowl game. Ohio State co-defensive coordinator Jeff Hafley has been hired as the program’s next head coach, but he stayed on with Ohio State to prep for the Fiesta Bowl. If the Buckeyes beat Clemson, Hafley will be away from BC for more than two additional weeks in advance of the National Championship Game.

To make matters worse, BC’s unquestioned best offensive player, AJ Dillon, has announced that he will skip the bowl game to prepare for the NFL Draft. Dillon rushed for 1,685 yards to finish out his career on 318 carries. The workload now falls to David Bailey, who actually had a higher yards per carry average on his 140 tries. Dillon’s announcement barely registered in the betting odds. Running backs are viewed as pretty plug-and-play in college football.

It has not been plug-and-play at the QB position for BC. Starter Anthony Brown went down with a season-ending knee injury and sophomore QB Dennis Grosel took over. He did post a 9/3 TD/INT ratio and only took eight sacks (Brown only took two), but he only completed 48.6% of his passes. Grosel could have some extra incentive in this one, as the Willoughby, OH native and St. Ignatius grad gets to play an in-state school that didn’t take him.

On the Cincinnati side, the layoff can’t be a bad thing. Not with how banged up Desmond Ridder was at the end of the season. Ridder really regressed this season while dealing with injuries. He threw for fewer yards in more games than he played in 2018. His completion percentage tanked more than 7% and his interception total went up by four. But, he was hurt. Down the stretch, Ridder was 12-of-22 vs. Tulsa, 12-of-24 vs. ECU, 13-of-23 vs. UConn, 9-of-18 vs. USF, 9-of-25 vs. Temple, and then 16-of-36 in the AAC Championship Game against Memphis. He missed the regular season finale the week prior. Four of Ridder’s nine interceptions came in those games.

Mike Warren ran for 1,160 yards to pace the Bearcats, but he did so with just a 4.8 YPC average. Ridder was the second-leading rusher with 545 yards, but he didn’t do as much running late in the year with the injury.

The Cincinnati offense tanked this season. After being 36th in yards per play with 6.12 last season, the Bearcats only mustered 5.55 YPP this season, which ranked 84th. Boston College was 60th in that department with 5.91. The ACC is better than the AAC, but Cincinnati played Ohio State and played Memphis twice, so the Sagarin strength of schedule marks are close, with Cincinnati 65th and Boston College 58th.

BC eked its way into a bowl game at 6-6, but the defense was beyond awful. Addazio has always been known as a defensive head coach, but the Eagles finished the regular season 112th in yards per play against with 6.46. Cincinnati was 33rd in that department with its own defensive-minded HC in Luke Fickell. The Bearcats were 31st against the run with 3.68 yards per carry allowed, which is an important stat for going up against the BC offense, even without Dillon.

Boston College wound up 91st against the run, but they were abominable against the pass. Their 8.5 yards per pass attempt allowed ranked tied for 119th in the nation. If Ridder is healthier after the extended layoff, that should really elevate a Cincinnati offense that badly underachieved during the season.

You have to wonder about motivation both ways here. BC has a new head coach coming into the mix. Gunnell went to BC and seems to be genuinely respected, but there has been a long period of turnover between the bowl game and the end of the regular season.

Cincinnati had higher hopes. The Bearcats won 10 games and their only losses were to Ohio State and Memphis twice. They wanted the conference championship game and that New Year’s Six Bowl spot in the Cotton Bowl against Penn State. They didn’t get there. The additional practices for teams that play so far away are tailored more towards next season than anything.

Also, nothing against the city of Birmingham, but this isn’t really a “destination” bowl. Playing in Florida or Texas or Hawaii or the Bahamas can really get a team energized.

With that in mind, I still think Cincinnati, despite the big number, is the play here. I’d be really concerned about Boston College’s engagement level here. If it is an interim situation early in the bowl period, it feels like time flies and that’s that. When the bowl game is after the New Year, and the new head coach has barely been around, my guess would be that a certain level of apathy settles in.

My line for the game is Cincinnati -6, but that was before the Dillon announcement and without considering all of the circumstantial factors in bowl games.