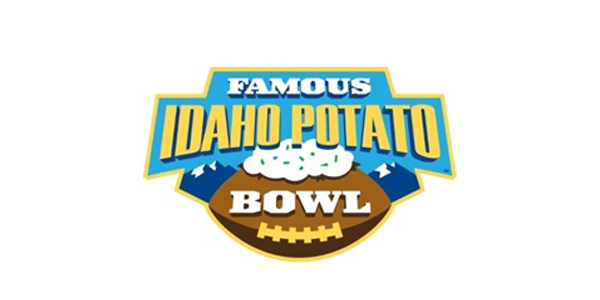 Are the days of the MAC being a punching bag in the bowl season over? The first day of bowl season brought us two SU and ATS winners in the MAC and there have been several bowls in which the Mid-American Conference squad has been steamed. That is the case in the Potato Bowl.

Bettors are not heeding the advice of the nWo, as they have very much turned their backs on the Wolfpac(k) for the Famous Idaho Potato Bowl on January 3. The Ohio Bobcats blew right through the key number of -7 up to as high as -8 for this battle on the blue turf of Albertson’s Stadium against the Nevada Wolf Pack. The total has also gone up from 57.5 to as high as 59, which is dicey given how the weather could be on a January afternoon in Boise.

Nevada has been a fade team most of the season. The Wolf Pack went 7-5 with a -129 point differential. With what I’d loosely call an Air Raid offense, Nevada was 117th in yards per play with 4.92. Nevada gave up over six yards per play and ranked 93rd in that category. We see a lot of line moves early in the process based on yards per play differential and Nevada’s -1.12 YPP diff is one of the worst we’ve seen in recent bowl seasons.

Ohio flew under the radar with 6.7 yards per play. That actually ranked 12th nationally, as do-everything QB Nathan Rourke had another huge year in Athens. The Bobcats allowed 5.93 yards per play, but it doesn’t take a PhD in statistics to notice that +0.77 > -1.12. As a result, this line shot up rather quickly.

Ohio gained 5,320 yards on the season. Rourke accounted for 2,676 through the air and another 780 on the ground. O’Shaan Allison outrushed Rourke by just 43 yards, though he did have 15 fewer carries. De’Montre Tuggle hawked a lot of touchdowns in the red zone by leading the Bobcats with 10 scores. Rourke had a 20/5 ratio as a passer and accounted for 12 more scores as a runner.

The crazy thing is that this was actually a drop-off from last season for the Bobcats. They had 7.0 yards per play last season and ranked eighth in the country. Rourke is such a special player and a jack-of-all-trades for this offense. The senior from Oakville, Ontario may find his way to an NFL roster in some capacity or he could go back home and give the CFL a go, but this will be his last college game no matter what. On his watch, the Bobcats have bowl wins of 41-6 over UAB and 27-0 over San Diego State.

That Ohio defense is the worrisome unit, though. The Bobcats allowed 5.93 yards per play on the season. Allowing 5.65 yards per play in conference action while being in the weaker of the two divisions is disappointing, but Ohio did figure it out in November and allowed just 4.83 YPP. That included games against Bowling Green and Akron.

When you look at the body of work and some of the individual accomplishments for Ohio, you don’t see a 6-6 team. But, Ohio was 1-4 in games decided by three or fewer points. The Bobcats beat Buffalo 21-20 in overtime, but lost 33-31 at Marshall, 39-36 at home to NIU, 24-21 at home to Miami, and 37-34 in OT to Western Michigan. Things just didn’t fall their way in some late-game situations.

How do we evaluate the Wolf Pack? Their YPP diff is atrocious, as I already mentioned. They also got taken to the woodshed in four of their five losses. Nevada lost 77-6 to Oregon, 54-3 to Hawaii, 36-10 to Utah State, and 31-3 to Wyoming. They also lost the annual rivalry game against UNLV in a game marred by fights that left four Nevada defensive players suspended. Three of those players, Austin Arnold, Daniel Brown, and Hausia Sekona, are out for the whole game and linebacker Gabriel Sewell is out for the first half.

Sewell was the third-leading tackler in the regular season. Brown had the team lead in picks with four for a Nevada defense that only had 11 interceptions. Arnold was the fourth-leading tackler and had the team’s only pick six. A bad defense got worse, especially in the back seven with those suspensions. That was another part of the line move here and another reason why the total went up.

Another reason why it’s really hard to evaluate Nevada is that there was a quarterback carousel midway through the season. Freshman Carson Strong was hurt and missed some time. In his absence, Malik Henry was awful and Cristian Solano wasn’t a whole lot better. The Wolf Pack were better with Strong, but his numbers weren’t great with a 63.4% completion rate and a 10/7 TD/INT ratio.

Toa Taua had four yards per carry and a long of 27. Nevada only rushed for 3.5 yards per carry, which is not good in the Mountain West at all. The transfer of McLane Mannix hurt the receiving corps and the quarterbacks, but Elijah Cooks turned in a fine year with 62 grabs for 729 yards.

Nevada should come into the bowl game plenty motivated off of that UNLV loss at home. You don’t want to finish up the season with another loss after that display. The Wolf Pack are also more accustomed to playing in Boise, so I gave them one point of HFA to get to my number of Ohio -4.

As you break the game down, a few things stand out. How bad Nevada lost when they lost. How bad Nevada’s offense and defense were. How explosive Ohio’s offense is. But also how Nevada was in the middle of the pack in run defense at 4.14. How Nevada’s defense played down the stretch with 5.42 YPP allowed in the last four games.

All that taken into consideration, I would still have to look to go against my numbers and take an Ohio team that is generally very prepared for the bowl games. This may be a live betting opportunity more than anything to see how Nevada stacks up against the Ohio run game. Initially, I thought this line was too high and would look to play my edge, but this just may not be the best of matchups for Nevada, especially if the weather is bad. If that’s the case, Nevada will have lots of problems throwing and their run game is poor. Therefore, it has to be Ohio this far in advance of the game. Also, with the defensive suspensions, it wouldn’t be shocking if Ohio gets up early and then takes the air out of the football with that running game.