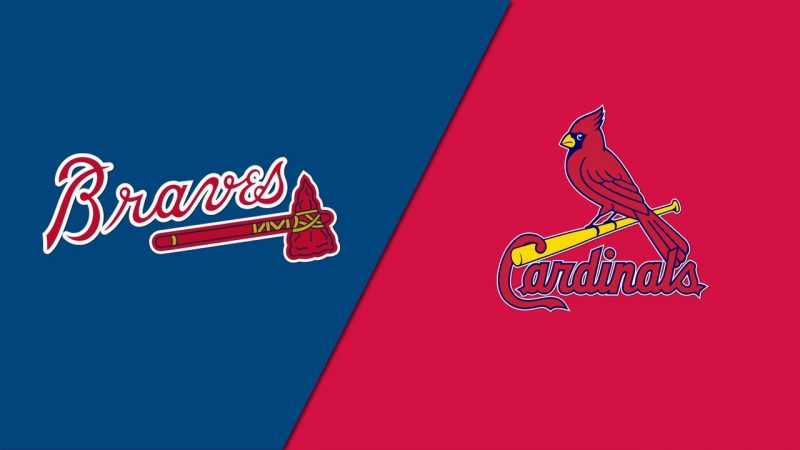 The Atlanta Braves and St. Louis Cardinals face off in the middle contest of a three-game set at Busch Stadium in St. Louis, so we’re taking a closer look at this National League showdown set for Wednesday, August 4, with the first pitch at 8:00 PM ET.

Back in June, the Braves beat the Cards in a four-game series at Truist Park in Atlanta, 3-1. With both teams struggling to make a strong playoff push, we’re expecting a great battle at Busch Stadium, so let’s see what’s the best Braves vs. Cardinals betting pick for Wednesday night.

The Braves’ inconsistency is ruining their campaign

The Atlanta Braves haven’t won or lost two straight games since the All-Star break which tells you a lot about their performance. They fell to 52-54 on the season following a 2-1 home defeat to the Milwaukee Brewers this past Sunday, and the Braves were 3.5 games behind the NL East leaders ahead of Tuesday’s opener against the Cardinals that has been excluded from this analysis.

Drew Smyly will get the nod Wednesday at St. Louis, and the 32-year-old lefty won his lone start against the Cardinals in 2021. Back on June 20, Smyly fired 5.2 scoreless innings, allowing just one hit and three walks to the Cardinals while punching out five. He’s 7-3 with a 4.40 ERA and 1.39 WHIP in 18 starts this term.

The Cardinals are in a tough situation

The St. Louis Cardinals entered the Braves with a 53-52 record, but they were in a much tougher situation than Atlanta, trailing huge ten games behind the NL Central leaders. On the other hand, the Cards are ahead of the Braves in the wild-card race, but the San Diego Padres, who hold the bottom wild card in the National League, are 6.5 games away from St. Louis.

J.A. Happ will toe the rubber Wednesday, making his debut in the Cards jersey. The 38-year-old southpaw has been a disaster for the Minnesota Twins so far this season, posting a 5-6 record in 19 starts along with a horrible 6.77 ERA, 1.59 WHIP, and 77/31 K/BB ratio across 98.1 innings of work. He’s 4-0 with a 2.72 ERA in eight career starts and one relief appearance against Atlanta, but Happ has met the Braves just once since 2012.

The Cardinals hope that J.A. Happ will improve at Busch Stadium that ranks seventh in the MLB this season when it comes to a pitcher-friendly environment. However, Happ has been struggling all season regardless of a ballpark, so I’m backing the Braves to earn a very important victory here.

In his five starts for the twins in July, Happ has yielded a whopping 28 earned runs through 27.1 innings of work. He’s surrendered at least five runs in five of his previous ten outings. Drew Smyly, on the other side, is far away from an elite level, but the Braves still have an advantage in this one.

The Braves bullpen has carried the team in the second half of the season, recording the third-lowest ERA in the majors (2.95). On the other side, the Cardinals ‘pen has a 4.27 ERA since the All-Star.

Both Braves and Cardinals have been solid at the dish over the previous three weeks, so I’m backing the over on the totals. That’s not a great idea, considering the venue, but with J.A. Happ and Drew Smyly on the mound, I just have to take the over.

The totals sit at exactly nine runs, so feel free to check out the alternative lines on BetOnline Sportsbook. Picking an 8-run line at slightly lower wages might be the right move.

Braves vs Cardinals Total: Over 9