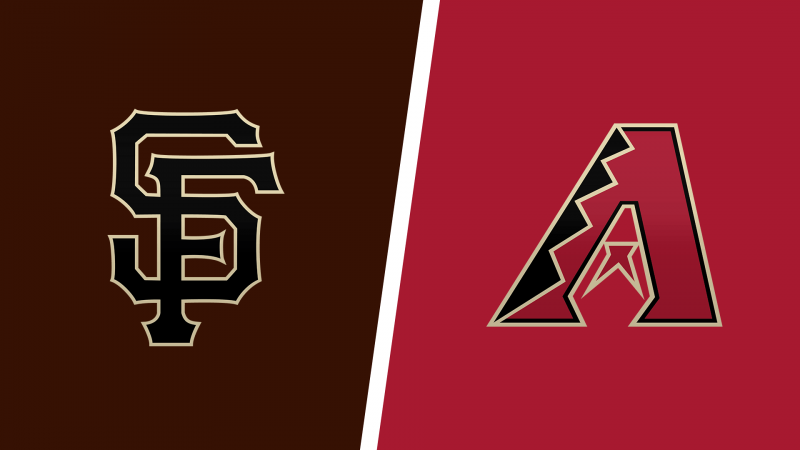 As usual, the action in the MLB is a bit slower on Thursdays as we have an 11-game slate on August 18, including this divisional clash, and here you can take a look at the best Diamondbacks vs. Giants betting pick and odds

Arizona and San Francisco will play the final of a four-game series at Oracle Park, and the Giants are -145 moneyline favorites on MyBookie Sportsbook, while the total is set at 7.5 runs. These National League West foes have met nine times before this series and the D-Backs won six of those games. However, the Giants were better in the opening two games of the current series, while the third will be played on Wednesday night.

The Arizona Diamondbacks were on the run of three consecutive series wins as they beat the Rockies twice and Pirates, but they will not make it four in a row after losing the opening two games against the San Francisco Giants. Arizona scored just two runs in those two defeats but was unlucky not to win Game 2.

Namely, the D-Backs had a 1-0 lead in the bottom 9th and two out when Brandon Crawford hit a two-run homer to give the Giants a 2-1 victory. Ian Kennedy (4-6) took a loss after allowing that home run, while Merrill Kelly (10-5) was great during 7.0 shutout innings with seven strikeouts and two walks. Christian Walker scored the only run for Arizona – it was a homer in the 4th.

Crawford propelled the Giants to the fifth win in a row

The San Francisco Giants are back in contention for a wildcard spot after winning five consecutive games. They first swept the Pittsburgh Pirates at home and then beat the Arizona Diamondbacks in the first two games of this current series.

San Francisco was pretty toothless on offense in the first eight innings of Game 2 against the D-Backs, but all they needed was a two-run homer from Brandon Crawford to take a 2-1 win. Jakob Junis (4-3) displayed a strong performance over 7.0 innings, allowing one run on four hits with seven strikeouts and no walks. John Brebbia (6-1) was credited with the win thanks to Crawford’s home run.

Both starters have played well against their respective rivals this season, so I expect to see a close encounter on Thursday. Still, the Giants are in better form at the moment and I am giving them a slight advantage. Also, they will be motivated to win and stay alive in the wildcard race. San Francisco has been dominant in H2H meetings at Oracle Park, winning 21 of the previous 26 duels. The Giants are batting better against southpaws but didn’t have problems with righties recently.

Both Webb and Gallen registered an ERA under 3.00 against the D-Backs and Giants, respectively, and given how both teams are playing of late, I expect to see a low-scoring affair here. Under is 4-1 in the last five H2H meetings in San Francisco, Under is 5-0 in the Diamondbacks’ previous five overall, while Under is 5-0 in Arizona’s last five vs. National League West rivals. Additionally, Under is 7-3 in the Giants’ last ten home games vs. a right-handed starter.