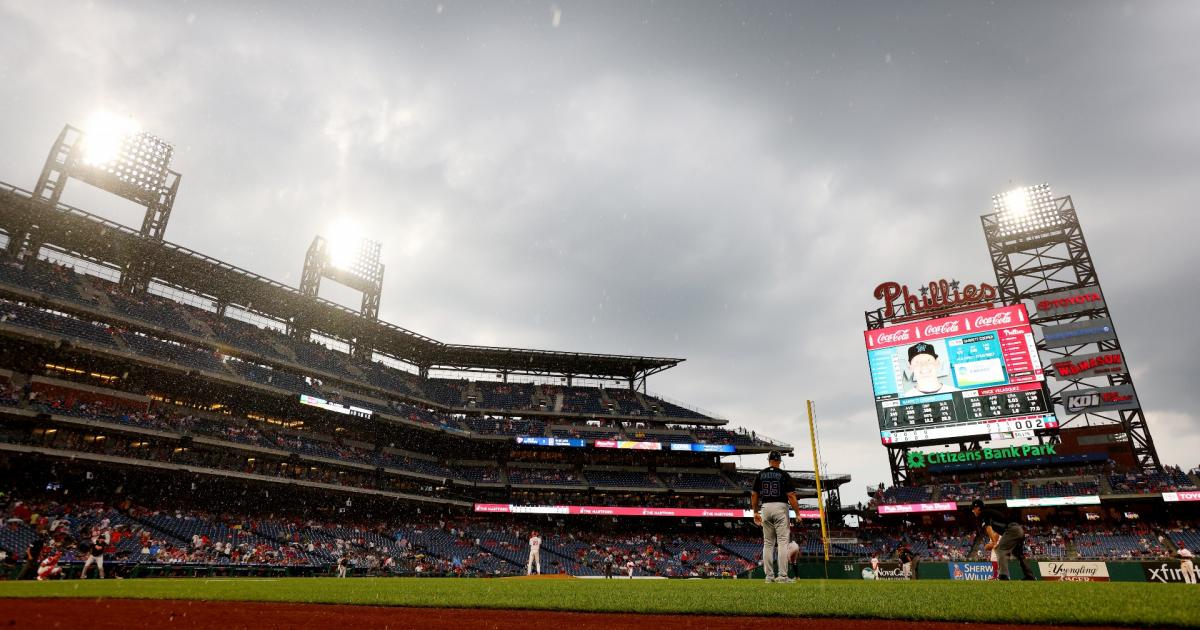 Okay, so we’re sitting here wondering whether the postponement of Game 3 of the World Series might work to the advantage of the Philadelphia Phillies, who clearly don’t have the same kind of pitching depth as the Houston Astros. They get to send a better pitcher to the mound on Tuesday night (Ranger Suarez) than they would have on Monday night (Noah Syndergaard). And they can now use an ace (Aaron Nola) in a home game tomorrow night.

But if BetOnline customers take a close look at this thing, they may find that the situation works in reverse.

Looking at these odds is an interesting thing, because you may notice that even with a better starter for Philadelphia (Houston’s stays the same), the numbers haven’t changed very much. So that is a perceived value for the Phillies, who are a perfect 5-0 at home in the playoffs, in this “pivotal” third game.

The question to ponder: Is there any advantage whatsoever to having Suarez on the mound? Or does that actually HURT the Phillies’ cause? That’s important, because if manager Rob Thompson has made the wrong decision, that’s a killer for Philadelphia, especially as they have Syndergaard slated to go in Game 5.

Suarez walks right into the Astros’ “wheelhouse” in the respect that Houston has been massively successful against lefties. Let’s face it – when you have a 42-12 record against southpaw starters, you are successful.

Taking a deeper dive into things, the Astros posted the second-highest OPS against left-handed pitching this season (behind the St. Louis Cardinals). And they tied the Texas Rangers for the most home runs against lefties (72).

The Colorado Rockies, playing in rather agreeable environs in Coors Field, had the most extra base hits (XBH) against southpaws, with 177. Houston was right behind them with 172, in 138 fewer at bats.

And although he doesn’t give up an awful lot of homers (0.9 per nine innings), he gets wild from time to time. In his first start of this postseason, he allowed five walks in 3-1/3 innings.

The Phillies, averaging seven runs at home in the playoffs, have been about as reliant on the home run as any postseason team in recent years. They have hit 17 round-trippers combined against St. Louis, Atlanta, San Diego and now Houston. But there is no pitching staff in baseball that has been better at preventing teams from beating them with homers than the Astros. And that’s the kind of thing that will catch up to the Phillies eventually. They were able to render Aaron Judge relatively ineffective in the ALCS.

So in examining what this means from the standpoint of picking a winner, it probably gives us enough justification to grab Houston, but because of the presence of a lefty starter, perhaps only in a “First Five Innings” scenario, where they are similarly priced (-125). And inasmuch as they have been able to get off to pretty good starts in the first two games, the “Over 4” prop in those first five innings (priced at -120) deserves a long look as well.

Houston simply keeps throwing fresh arms at teams; guys who can really bring it. Their bullpen has the best numbers in baseball. And they have so much flexibility. If Philadelphia can’t win Game 3, they are behind the eight-ball, as they are likely to do a “bullpen” game if they have to go with Syndergaard in Game 5. In terms of value, however, I will back off from the -172 price on the Astros for the series; after all, it’s 1-1 and there are three games in Philadelphia.

BetOnline is your place to be for the best World Series action, including game props and player futures, including wagers on the MVP……. And with Odds Boosters, you have the opportunity to get explosive payouts on pre-selected parlays, every day of the week!…… And here’s the best part of it – you can make your deposits using a credit card, along with every conceivable kind of cryptocurrency there is!