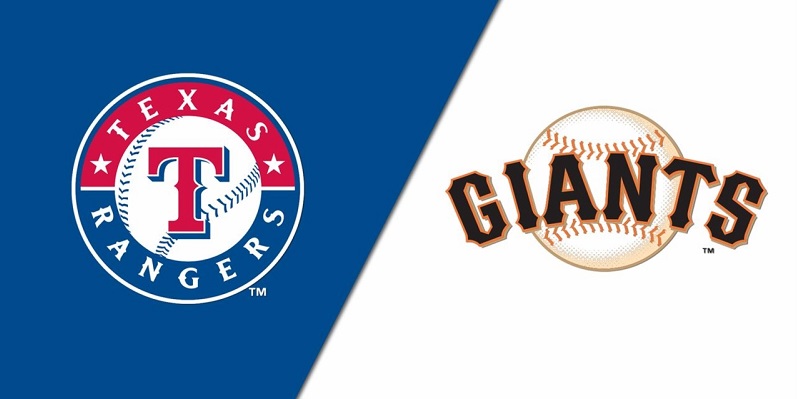 We’ve got a very small MLB card on Monday with only six games on the schedule. There aren’t a lot of compelling matchups on the betting board, but we’ll take a look at the late game in San Francisco between the Texas Rangers and the San Francisco Giants.

The Giants took some money on the overnights to get bumped up into a -145 favorite at Bovada Sportsbook with a total of 7.5 in the matchup between Kyle Gibson and Alex Wood.

The Rangers won in blowout fashion on Sunday over the Seattle Mariners to improve to 12-4 against left-handed starting pitchers. They’ll get another one on Monday in southpaw Alex Wood. The weird thing about Texas’s impressive record against southpaw starters is that they aren’t a very good team against left-handed pitchers.

The Rangers did knock Justus Sheffield around in the fifth inning of yesterday’s game, but only had one run up until that point. They brought the 20th-ranked wOBA against lefties into that one with the second-lowest BB% in baseball in that split. I’m not sure how they’ve gone 12-4 against lefties with such poor numbers, but it would seem that they’ve just been able to win those games in spite of it. Maybe they’ve been lined up in Kyle Gibson starts.

Gibson has a 2.40 ERA with a 3.06 FIP and a 3.88 xFIP to this point. He’s had much better command than what we’ve seen at really any other stage in his career. His Hard Hit% is down to 33% and he’s been able to have a .248 BABIP as a result. I wouldn’t expect that to continue. The Rangers aren’t anything special defensively and Gibson’s BABIP for his career sits at .306. He’s never had a BABIP lower than .285 in a season and he’s not going to start now.

To his credit, he’s only allowed two home runs this season. He is definitely a regression candidate in that department, but his GB% is up again this season and he’s doing something right with his newest pitch. Gibson is throwing a cutter about 15% of the time this season and opposing batters have only hit .231 on the pitch. He’s also throwing the best slider of his career with a high spin rate and lots of positive outcomes, including swings and misses on the pitch.

His SwStr% of 13.4% would be a career-best. He’s working deep into games and has only allowed six earned runs in his last six starts. He hasn’t faced bums either. He’s faced the White Sox, Red Sox, and Twins in his last three starts. Maybe there is more sustainability than meets the eye.

Alex Wood might be one of the most underappreciated pitchers in baseball. His story is one about what could have been. Wood has a 3.41 ERA with a 3.50 FIP over 874.2 innings of work in his career. The problem is that he debuted in 2013 and has only thrown more than 155 innings twice in a season. He threw less than 50 innings combined over 2019-20 and also had a season back in 2016 with only 60.1 innings.

Whenever he’s been out there, though, he’s been mostly effective. His 2019-20 showings were ugly over 48.1 innings of work, but he’s found a new home with the Giants and has a 1.96 ERA with a 3.10 FIP in 23 innings of work. He’s allowed five runs on 13 hits with 22 strikeouts against five walks. He’ll be facing a new team here, as his last four starts have been against Miami and Colorado.

The Giants have a good offense again this season. They’re in the top 10 in wOBA and they’re on the plus side in wRC+. Oracle Park isn’t playing as kind for the Giants this season as it did last season, but with offense down across the board, that isn’t a big surprise.

The thing that has held the Giants back this season has been the bullpen. Position player Darin Ruf gave up a couple of runs in the series finale against the Padres on Sunday, but the actual relievers gave up four more runs. As it is, this was a Giants bullpen that entered the game ranked 28th in FIP. Too many walks and too many home runs. The Rangers don’t have a lot of household names in their pen, but they entered Sunday’s game 13th in FIP and shut Seattle down in the late innings on Sunday.

Early money hit the board right away on the Giants and that is the right side to me in this game. Maybe Kyle Gibson can continue what he’s been doing, as the increased slider usage has helped in a big way, but his teammates aren’t as good as they’ve played so far. The Rangers should not be a .500 team. They don’t have the talent for it. This year’s depressed offensive environment has leveled the playing field for the bad teams. I’m not buying it and I’m not buying Gibson.