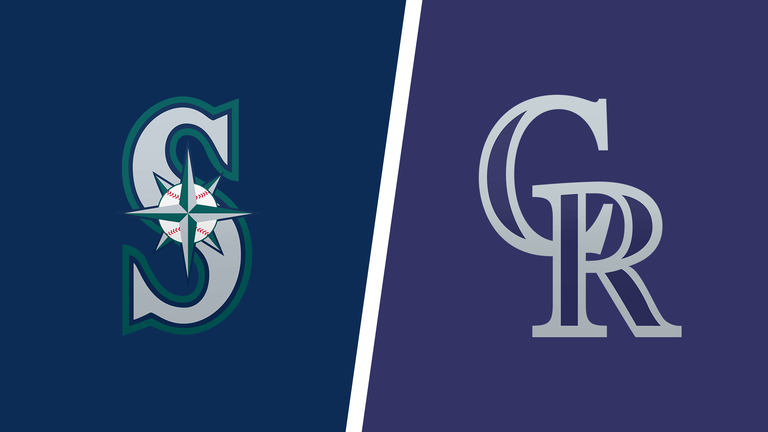 The Seattle Mariners just keep finding ways to win ballgames. The Colorado Rockies seem to only win ballgames at home. That makes for an interesting little two-game series at Coors Field in the middle of the week.

Interleague action takes place on Tuesday night with Marco Gonzales on the hill for the M’s and German Marquez on the bump for the Rox. Colorado is a big favorite in the -175 range at Jazz Sports with a total of 10.5 that has been showing 11 at some sportsbooks with sharper interest on the over.

A lot of people have always struck down a team’s performance by pointing out a weak schedule. Others will defend them saying that all a team can do is play the opponents listed on the schedule. The biggest opponent for Seattle this season may very well be its home ballpark. The Mariners have no control over it, but T-Mobile Park’s oppressive conditions have left the Mariners 29th in wOBA at .296.

It isn’t like the Mariners have a good offense no matter what, but Seattle does have a .309 wOBA on the road, which ranks 15th. Their 96 wRC+ isn’t great, but by the offensive standards of teams on the road this season, it is not bad at all. The Mariners have a .403 SLG on the road compared to a .356 SLG at home. That is the worst mark in the league. Seattle is 17 points lower in wOBA at home than any other team in baseball.

Their offensive philosophy should actually work out well at Coors Field. The Mariners hit a lot of fly balls. They are actively trying to hit for power, which is virtually impossible at home, but a much more effective strategy on the road. Coors Field is a park where the ball carries more, but also has a lot of territory to cover in the outfield.

It has been a throwaway season for Marco Gonzales, who has a 5.88 ERA with a 6.10 FIP in his 56.2 innings of work. Gonzales, who has become an extreme fly ball pitcher, has given up 15 home runs in just 11 starts. He has had multiple IL stints. Since returning from his last one, he’s allowed 10 runs on 15 hits in nine innings with five home runs allowed, so nothing has really changed.

It would certainly seem that Coors Field is a bad park for a pitch-to-contact guy with an elevated walk rate and a lot of home runs allowed.

The Rockies are seventh in wOBA at home. Through no fault of their own, some advanced metrics are very critical of their Coors Field performance, simply because no park can compare and the adjustments are extreme. Their wRC+ at home of 85 is one of the lowest in baseball.

All that really matters is that the Rockies do hit well at home. They also have a 19.9% K% at home, a number that has certainly improved after the foreign substance crackdown. Colorado has a .460 SLG at home, which ranks third in baseball. That big, spacious outfield helps the Rockies as much as it hurts them, that’s for sure. But, this is a team with extreme home/road splits, so when you look at their overall offensive profile, the numbers only scratch the surface when telling the story.

As a result, Colorado is 32-19 at home and 9-34 on the road. The Rockies have played eight more games at home, but have scored 160 more runs. The amazing thing is that they have only allowed 22 more runs in their eight additional games. They’ve figured out how to pitch at home this season.

German Marquez has had an excellent season for the Rockies with a 3.36 ERA and a 3.27 FIP in his 112.1 innings of work. He’s struck out over a batter per inning in 19 starts and has a career-best .270 BABIP to go with a 54.1% GB%. The right-hander has had some extreme home/road splits in a bad way throughout his career, but this season, Marquez has allowed a .258 wOBA at home compared to a .295 wOBA on the road.

He is pitching for the first time since July 10, when he threw seven shutout against the Padres on the road. Marquez has allowed just three runs on 12 hits in his last five starts over 36 innings of work.

The Mariners should stack up well at Coors Field with their fly ball approach and their increased SLG on the road, but Marquez is a guy that has been very successful at keeping the ball on the ground. He has only allowed eight home runs this season in 112.1 innings of work and only two since the start of June.

On the other side, the Rockies should crush Marco Gonzales, who hasn’t been a good pitcher anywhere this season, including one of the best pitcher’s parks in baseball.