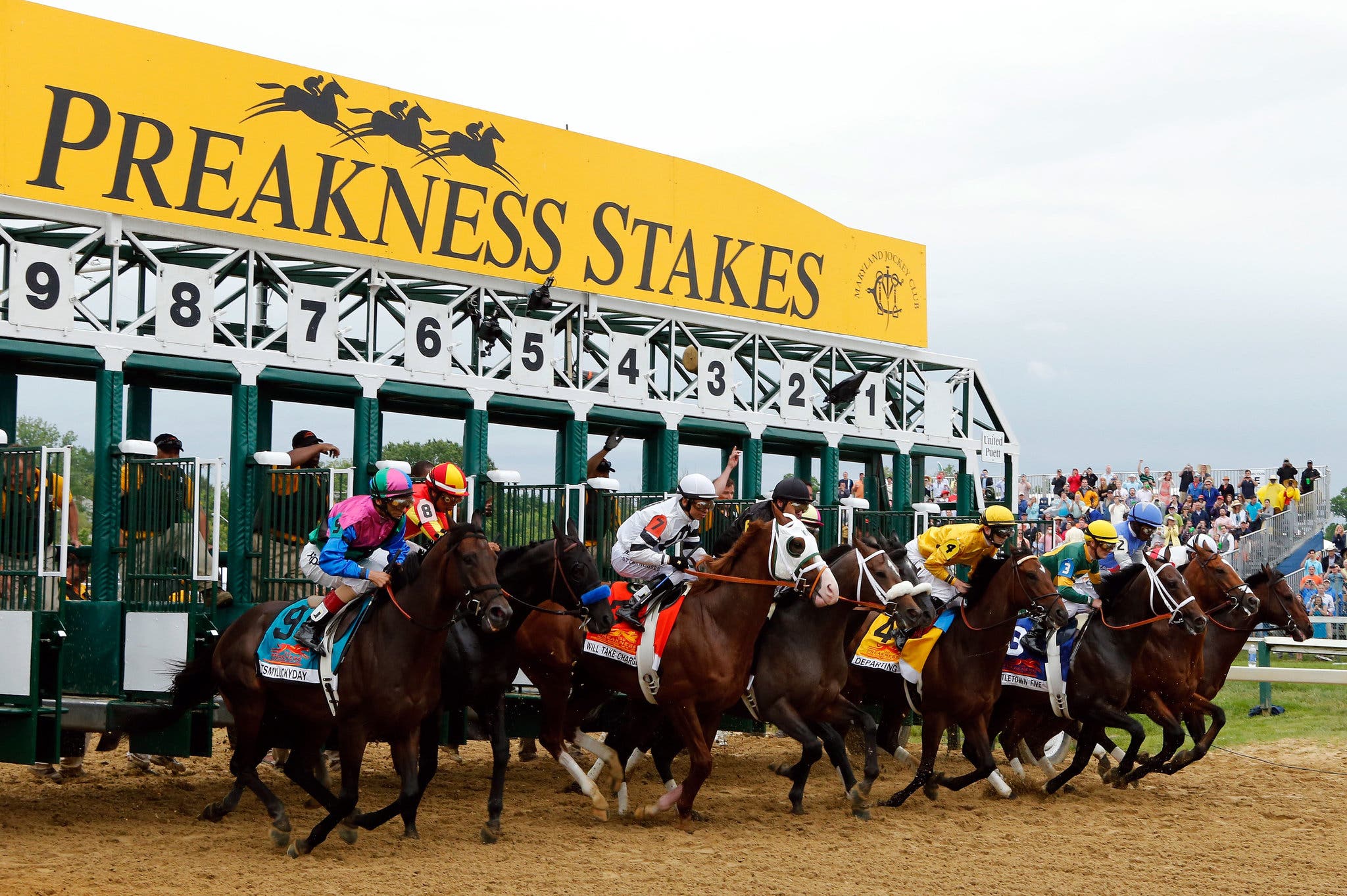 You can analyze and over-analyze, but it can still take forever to come up with anything resembling a winner, with conviction, in a high-profile stakes race, much less a 1-2-3 in a classic like the Preakness Stakes. For almost every entrant in this field, there are reasons to include him in a trifecta, and just as many reasons to exclude him.

There is plenty of indecision to go around. And here we have the unique situation where the first four horses who crossed the finish line a couple of weeks ago in the Kentucky Derby (including the DQ’s Maximum Security) are out of this one.

One thing we can possibly do is separate the possibilities from the non-possibilities, and that doesn’t work out too badly for us as we evaluate something that is not available at the track but is part of the menu in the sportsbook at BetAnySports.

We’re talking about the head-to-head matchups for the Preakness, the 13th race on Saturday’s Pimlico card, which begins at 6:48 PM ET.

And even then, there are no automatics.

The latest weather forecasts differ a little. There is the chance for a thunderstorm to sweep over Pimlico by the early evening, which is when this race is taking place. And if the track if “off,” that would seem to change things for some of these contenders.

Let’s take a look at the matchups we see out there:

Improbable was fifth in the Derby, later moved to 4th after the DQ. There are no wins this year, But there’s a best Beyer figure of 99, at least one very dominant stakes performance as a two-year-old, and remember that only one length separated him from Omaha Beach in the Arkansas Derby. There’s also trainer Bob Baffert, who’s saddled seven previous Preakness winners. War of Will ran a game race in the Derby, and may have hit the board if not for the disruption caused by Maximum Security. We’ll never know, but despite all that, he posted a career-high Beyer Speed Figure of 95. Weather may affect this greatly, but from where we sit, we’re not getting a good enough price with the dog.

The underdog here has settled into some good form. Beyers of 94-94-95 over the last three. The thing, he’s done pretty well on dirt after some success on synthetic surfaces, with runner-up finishes in the Lexington Stakes and Sunland Derby. Admittedly those are Grade 3 events, but the point is that this contender should be fine with this distance, can run early or late. And any concerns about sire Scat Daddy, who fathered mostly turf standouts, should have been assuaged with Justify’s Triple Crown last year. Anothertwistafate will be a very live dog here.

Alwaysmining is on quite an impressive streak, with six consecutive wins, five of which came in stakes races. But none of those were graded. And this contender has moved up in distance nicely, although the rap is that the opposition level hasn’t been very high, the pace has been extremely favorable, and fields have been short. He’s a local, so you’re not going to see a lot of value at Pimlico. Still, Anothertwistafate is more versatile.

Bourbon War was second in the Fountain of Youth, with a lot of pace, and fourth in the Florida Derby, where there were very slow fractions. The general consensus is that while those like Market King will set the pace, it may not be blistering. So there’s a lot of opinion that Bourbon War might be better suited for the Belmont (sire Tapit has fathered three Belmont winners). Owendale won the Lexington Stakes with a 98 Beyer, showing huge improvement after a blowout in the Risen Star Stakes, and he’s had great works. The momentum is moving in the direction of Brad Cox’s horse.

In the end, I’m not sure how much value he’s going to have (right now you can get +1600 on him in the sportsbook at BetAnySports), but one of my “win, win, win” tickets will be going to Warrior’s Charge, even though there are a lot of questions that have to be answered. For one thing, does he have to be on the lead, and if he isn’t, will he fade? This is his first stakes race, as well as his first time at anything beyond a mile and a sixteenth. And there are mostly sprinters in the pedigree. But they have changed the way the colt’s been running (not hanging back, but asserting himself) and that has made a difference, even as he’s stretched out. There is a lot of speed, and I think he can maintain it, regardless of whether there’s an early battle on the front end with Market King. Brad Cox (who also trains Owendale) knows what he’s doing. And they were confident enough to supplement him for $150,000 into this race. Win Win Win (adding blinkers) has the better resume, and only the Derby was an awful trip, but I like the idea of the “unknown quantity” here with a very talented horse in a wide-open field, and that part of it reminds me a little of Maximum Security. Yeah, we’ll lay this price.

Head-to-head matchups are just one of the many Preakness props you’ll find at BetAnySports. That’s in the sportsbook; you can also go to their different racebook setups – one which gives you a rebate on your total volume, and the “Plus 10%” racebook that pays you over and above the track payouts. Wow! And don’t forget reduced juice in your basketball action through the end of the NBA playoffs…….. Open up an account now with your major credit card, person-to-person transfer or the virtual currency of Bitcoin, for which you will pay NO transaction fees!