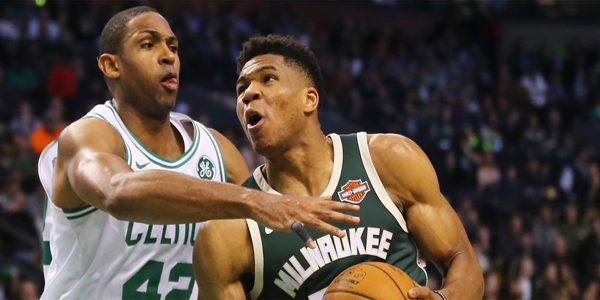 The 2022 NBA Playoffs continue Wednesday, May 11, with Game 5 of the Eastern Conference Semifinals between Milwaukee and Boston at TD Garden, so we bring you the best Bucks vs. Celtics betting pick and odds.

With the series tied at 2-2, the reigning champions head to Boston as 5.5-point underdogs. The Celtics are -225 moneyline favorites, while the totals are listed at 214.5 points on Bookmaker Sportsbook.

The Bucks blew a double-digit lead in Game 4

With less than two minutes to go in the third quarter of Game 4, the Milwaukee Bucks had an 80-70 lead over the Celtics. It was a huge opportunity for the reigning champs to grab a 3-1 lead in the series, but they surrendered a whopping 43 points in the fourth quarter.

The Bucks shot only 41.5% from the field and 33.3% from beyond the 3-point line (9-for-27). Giannis Antetokounmpo led the charge with 34 points, 18 rebounds, and five assists, but he also missed five of his 11 free-throw attempts. Jrue Holiday had 16 points on a terrible 5-for-22 shooting from the field, while Brook Lopez accounted for 17 points and seven boards.

Milwaukee misses Khris Middleton a lot, and the three-time All-Star will probably remain on the shelf for the rest of the semifinals due to a knee injury. Serge Ibaka (illness) sat out Game 4 and is questionable for Wednesday’s clash at TD Garden.

The Celtics have a secret weapon

The Boston Celtics overcame a double-digit deficit in Game 4 mostly thanks to Al Horford. The 35-year-old center scored 16 of his 30 points in the fourth quarter while playing excellent defense. In a 103-101 defeat in Game 3, Horford posted a line of 22 points, 16 rebounds, and five assists, and the veteran big man emerged as one of the key players for the Celtics in the postseason.

Jayson Tatum racked up 30 points, 13 rebounds, and five assists in Game 4. The Celtics made 50.0% of their field goals and 37.8% of their 3-pointers (14-for-37) while handing out 25 assists. Marcus Smart played very well last Monday, finishing with 18 points, eight dimes, and a couple of blocks in 41 minutes on the floor.

Robert Williams missed Game 4 due to a sore left knee. It’s the same knee that Time Lord had surgery on back in March, and Williams is doubtful to play Wednesday in Game 5.

Khris Middleton’s absence is a huge blow for the Bucks. Their offense leans way too much on Giannis Antetokounmpo, and the reigning champions are making only 42.1% of their field goals and 29.2% of their 3-pointers in the semifinals.

On the other side, the Celtics are making 41.8% of their field goals and 37.4% of their triples. Both teams are capable of playing tough defense, and I’m backing the Celtics because of their offense. Boston can count on all its star players, so I’m looking for Jayson Tatum, Jaylen Brown, and Al Horford to make the difference down the stretch.

The Bucks and Celtics have averaged 98.5 possessions per 48 minutes throughout this series. Despite a steady pace, the under has hit in the first three contests, while Game 4 has gone over a 213-point line thanks to the Celtics’ terrific fourth-quarter performance.

I lean toward the under, as both Milwaukee and Boston play aggressive defense, forcing each other into a lot of tough shots. The under is 8-1 in the Bucks’ last nine outings, and it is 8-4 in the Celtics’ last 12 games played in May.