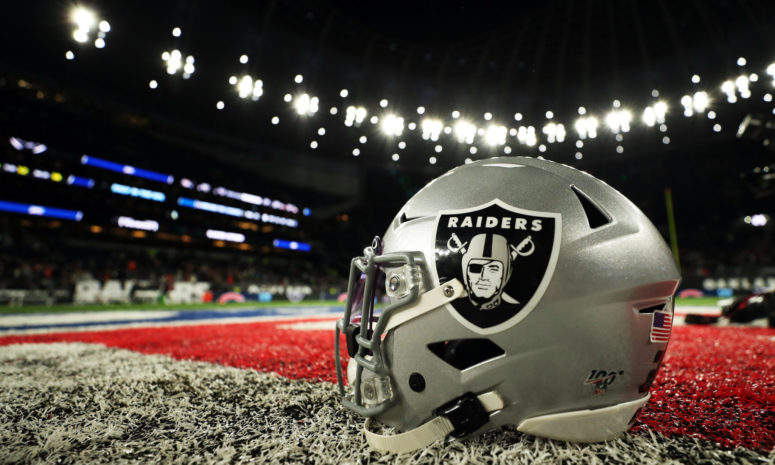 The NFL is entering a new week with this inter-conference duel in Los Angeles on Thursday, December 8, so you can’t miss out on the best Raiders vs. Rams betting pick and odds.

Las Vegas is searching for the fourth consecutive win, while Los Angeles is desperate to avoid the seventh straight defeat when they meet at SoFi Stadium. The Raiders are 6-point favorites on MyBookie Sportsbook, while the total is set at 44.5 points. These inter-conference rivals will face for the first time since 2018.

Raiders beat the Chargers to make it three in a row

The Las Vegas Raiders (5-7-0, 6-6-0 ATS) responded to a three-game losing run with three wins in a row. Two of those came against the divisional foes Denver Broncos and Los Angeles Chargers, and what particularly pleases Raiders fans is the fact that they finally started winning close games. After losing the first six one-score games of the season, the Raiders won the next three. Las Vegas was down 10-0 early in the second quarter but controlled the tilt since and deservedly secured a 27-20 victory at home.

Derek Carr didn’t experience the greatest of starts as he threw a pick-six in the opening quarter. He did recover later and completed 16 of 30 passes for 250 yards and two touchdowns. Davante Adams was on the receiving end of both TD passes; he finished with a season-high 177 yards on eight catches. Josh Jacobs was once again impressive on the ground as he posted a game-high 144 yards and a touchdown on 26 carries. Defensively, Chandler Jones was credited with three of the team’s five sacks, while Nate Hobbs had a game-high eight tackles.

The Los Angeles Rams (3-9-0, 4-7-1 ATS) are one of the most unpleasant surprises this season in the NFL. After winning the Super Bowl last year, the Rams don’t look like the same team. They were somewhat alive before a bye week, and then the Rams suffered six consecutive defeats. Three of those losses came at home, including the most recent one to the Seattle Seahawks. Los Angeles had a 23-20 lead in the final minute of the game when Geno Smith found DK Metcalf in the end zone to give the Seahawks a 27-23 victory.

John Wolford completed 14 of 26 passes for 178 yards and two interceptions. Cam Akers registered a pair of rushing touchdowns and led the game with 60 yards on 17 attempts. The Rams were ineffective through the air. None of the receivers had a 50-yard display; Tutu Atwell led the team with 48 yards on two receptions. Bobby Wagner and Michael Hoecht contributed defensively with a couple of sacks apiece, while Derion Kendrick had a game-high ten tackles.

QB Matthew Stafford (neck), WR Allen Robinson II (foot), and WR Cooper Kupp (ankle) are out indefinitely and it’s a big question whether we’ll see them on the field again this season. DT Aaron Donald (ankle), LB Terrell Lewis (back), and WR Lance McCutcheon (shoulder) are questionable to feature on Thursday against the Raiders.

The advantage is clearly on the Raiders’ side. They are still alive in the playoff hunt and are on a three-game winning streak, while the reigning champions are going down and lost six in a row. The Rams are playing without their two best offensive players. On the other side, Davante Adams and Josh Jacobs are unstoppable. Adams registered 125+ receiving yards in four of the last five games and had even seven touchdowns in those four games. Jacobs has 482 rushing yards and three touchdowns in the last three games and leads the league with rushing 1,303 yards. I am going with the visitors without thinking twice.

The Rams have the fourth-best run defense in the NFL that is allowing 96.7 yards per game, so they might be able to limit Josh Jacobs in this one. On the offensive end, Los Angeles is among the worst teams in the league with 16.8 points per game, and although the Raiders have one of the weakest pass defenses, the Rams can’t exploit it without Stafford and Kupp. Under is 4-1 in the last five H2H meetings; Under is 7-3 in the Raiders’ previous ten road games, while Under is 7-1 in the Rams’ last eight home games vs. a team with a losing road record.