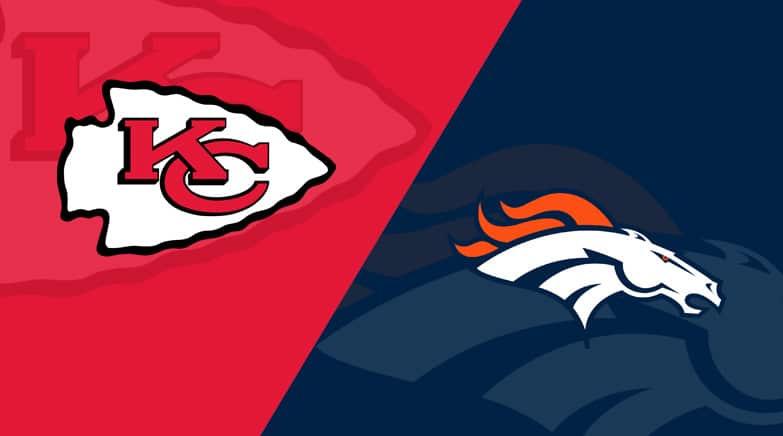 The NFL betting action goes on for the final week of the regular season as all 32 teams take to the gridiron. This includes an AFC West showdown at Empower Field at Mile High in Denver, so we bring you the best Chiefs vs. Broncos betting pick along with the latest odds update on Bookmaker Sportsbook.

This is the final meeting between these teams. Kansas City defeated Denver back on December 5, 22-9. In fact, the Broncos have not beaten the Chiefs since September 2015. Kansas City has a number of players out for this contest but it is on the defensive line that they have the biggest issues as Joshua Kaindoh and Khalen Saunders are listed as questionable, Derrick Nnadi is probable, and Malik Herring is out. Quarterback Teddy Bridgewater will be out for this contest, dealing Denver a huge blow offensively. Both Javonte Williams and Melvin Gordon are listed as probable.

The scenario for the Kansas City Chiefs (11-5) is pretty simple. They need a victory and a Tennessee Titans loss to secure home-field advantage throughout the AFC playoffs. A loss or a Tennessee victory means they will be the No. 2 seed and playing on opening weekend. Thus, there is a lot of incentive for this team to get a victory.

Kansas City allowed Cincinnati to rally from an 11-point deficit at the half to earn a 34-31 victory last weekend, forcing them to need a little help to earn the top spot. The Chiefs are 6-1 ATS in their last seven games, as the loss to the Bengals snapped an eight-game winning streak. The Chiefs are 4-3 on the road this year and 4-1 in the division.

Kansas City goes as quarterback Patrick Mahomes does. The Chiefs QB is having another MVP season, throwing for 4569 yards and 35 touchdowns. He has thrown 13 interceptions, but only three over the last eight games. Look for safety Tyrann Mathieu to have a big impact in this game as he is third on the team in tackles (73) and has three interceptions and three fumble recoveries.

The Denver Broncos (7-9) had a legitimate shot at a playoff berth three weeks ago, but a three-game losing streak has this team eliminated. Quarterback Teddy Bridgewater is out for this game, putting the ball in the hands of Drew Lock, who was solid last week, completing 18 of 25 passes for 245 yards and TD.

Denver needs a solid ground game to get things going, and both Melvin and Williams will be available for this contest. The two combined for just 73 yards rushing on 24 carries last week, but each has over 800 yards rushing this year, with Williams at 857 and Gordon at 808. The rushing attack is essential to keep the pressure off Lock and the ball out of the hands of Mahomes.

Denver has generated just 19 turnovers this season, but are still at a +3 in turnover differential. They do not make mistakes nor do they create them, so holding onto the ball should not be an issue if Williams and Gordon can find some running lanes.

The Chiefs need this victory. With Bridgewater being out, Denver must rely on that ground attack to generate any kind of offense, and you can be sure the Chiefs will shut that down. Truth be told, Lock is not up to winning games against a quarterback like Mahomes, so Kansas City looks like the clear pick.

One stat to pay attention to is the fact that the Chiefs have not just beaten Denver of late, but dominated them. In four of their last five victories, they have won by at least 13 points, so a victory by more than 10 is right up their alley.

Kansas City has been on a tear of late, putting up 30 points in four straight games. In fact, the last defense to hold them under 30 points was the Broncos, but that was with Bridgewater at the helm. Denver was able to hold the ball for 33:30 in that game, but no one should expect that kind of success with Lock at the helm.