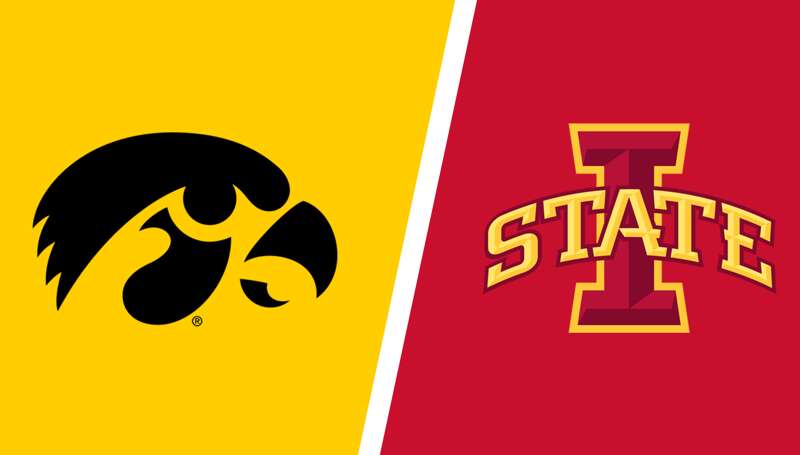 The college basketball betting action goes on Thursday, December 9, 2021, with the marquee non-conference matchup at James H. Hilton Coliseum in Ames, so we bring you the best Iowa vs. Iowa State betting pick and odds.

Another Cy-Hawk clash is upon us, and Iowa aims for its fourth straight victory over Iowa State. The Hawkeyes opened as 4.5-point road favorites on BetOnline Sportsbook, while the totals are listed at 152.0 points.

After winning their first seven games in 2021-22, the Iowa Hawkeyes (7-2; 6-3 ATS) have dropped two straight contests at No. 2 Purdue 77-70 and to Illinois 87-83. They’ve covered a huge 15.5-points spread against the Boilermakers on the road, but the Hawkeyes failed to satisfy the odds as 3.5-point home favorites against the Fighting Illini this past Monday.

Sophomore forward Keegan Murray leads the way for the Hawkeyes, averaging 23.9 point, 8.0 rebounds, and 2.3 blocks per game. Iowa had to replace Luka Garza, who’s been an offensive focal point for four years, and Murray has done a great job so far this season.

Iowa State continues to roll on the back of its defense

The No. 17 Iowa State Cyclones improved to 8-0 SU and 5-3 ATS following a 64-58 victory at the Creighton Bluejays this past Saturday. Once more, the Cyclones put on a strong defensive performance and managed to cover a 5.5-point spread on the road.

Iowa State forced Creighton into 21 turnovers. The Cyclones held the Bluejays to 31.6% shooting from beyond the arc while making seven of their 14 attempts from deep. Senior guard Izaiah Brockington led the way with 12 points, seven rebounds, and a couple of steals, while junior G Caleb Grill added 16 points off the bench.

Iowa is not an elite defensive team, but the Cyclones’ offense hasn’t impressed thus far. The Hawkeyes should have enough firepower to outscore their rivals, and, hopefully, cover a 4.5-point spread.

The over is 9-2 in Iowa’s last 11 games overall. On the other side, the under is 5-2 in Iowa State’s previous seven outings at any location. The Cyclones need their best defensive game to win this clash, but we shouldn’t expect to see a low-scoring affair.

The line is a tricky one at 152.0 points, though neither team prefers to play at a slow pace. Iowa State averages 69.2 possessions per 40 minutes (142nd in the country), while Iowa registers 72.1 (31st). The over is 11-2 in the last 13 meetings between the Hawkeyes and Cyclones, and seven of their previous eight encounters have produced 152 or more points in total.