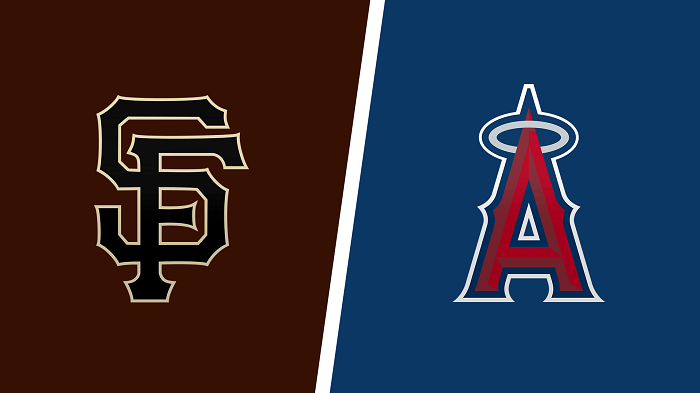 The San Francisco Giants have been disrespected a lot for being a first-place team. On Tuesday night, they’ll be on the road as an underdog against the Los Angeles Angels, barring a significant swing in the line. It will be the 30th time this season in 73 games that the Giants are a pup. They’re 17-12 in those games to this point.

The Angels are a .500 team, trying as hard as possible to get back into the AL West race, but they already trail by eight games. We’ll see if they can get over .500 and get some positive momentum rolling for the week in this game against the Giants. Los Angeles is the favorite in the -125 range at BetUS with a total of 8.5 that is showing 9 at some other sportsbooks.

It is crazy that there are a lot of people still sleeping on the Giants. San Francisco is now third in position player fWAR according to FanGraphs and boasts a top-five offense by wOBA. Remember that Oracle Park is not exactly known as a hitter’s haven and wOBA does not adjust for park factors. wRC+ does and the Giants are a top-five offense in that metric as well.

This is a really good team and one that got even better recently with the return of Mike Yastrzemski to the lineup. His dramatic grand slam last week gave the Giants a happy highlight and was also an indication of what he can bring to the table for an offense that was already playing well without him. By wOBA, the Giants are effectively on the Dodgers’ level, just to give you a frame of reference on how strong this group is.

San Francisco draws a lefty today in Andrew Heaney and ranks 12th in wOBA in that split. One thing that the Giants rely on against southpaws is the free pass. Their 11.7% BB% is the best in baseball against left-handed pitchers. Heaney, though, only has 20 walks in 62.2 innings of work, so the Giants may have to hit themselves on base.

Anthony DeSclafani gets the call today for the Giants. He’s got a 3.01 ERA with a 3.51 FIP in his 80.2 innings of work. There are a few regression signs in the profile, like a .241 BABIP and a 76.6% LOB% with a below average strikeout rate, but DeSclafani has been able to navigate around hard contact with a solid defensive team behind him and by limiting the opposition to just eight home runs.

DeSclafani actually allowed 10 runs in 2.2 innings in his May 23 start against the Dodgers. We can’t magically remove outings from the ledger, but if we take that one away, he actually has only allowed 17 earned runs in 13 starts covering 78 innings. That would be a 1.96 ERA.

The Angels offense has been quite a marvel this season. Mike Trout has not played in a while due to injury and Anthony Rendon is not having the type of season that we are used to seeing. Despite all of that, the Angels actually rank sixth in wOBA and have had a really nice season on that side. They’re doing it with quality contact, as the Angels have one of the lower walk rates in baseball at 7.4%. They’ve just been aggressive in the strike zone and have hit a lot of balls hard. Their .257 average ranks in the top five and they’ve hit for more power than expected.

Shohei Ohtani leads the charge with his .415 wOBA and 168 wRC+. He’s having a huge season on the mound and in the batter’s box and keeps doing things that we haven’t seen since Babe Ruth. Jared Walsh has also been a huge upgrade to the lineup with his 18 home runs and a .391 wOBA. Even Justin Upton has had a renaissance this season as an above average bat.

It is crazy to see a guy like Rendon with a .230/.305/.348 slash, but to see the Angels performing as well as they have offensively. If Rendon ever gets it going, this offense could really make a huge push when Trout returns from the IL. That should happen sometime next month.

Andrew Heaney goes into this start with a 4.45 ERA and a 3.64 FIP. The southpaw has struck out 75 and only has 20 walks in 62.2 innings of work. Heaney has allowed nine homers, but the rest of his peripherals look just fine and his HR/FB% isn’t that bad as a guy that tilts more towards the fly ball side of the spectrum. The Angels haven’t gotten great starting pitching this season, which is why they’re a .500 team through 72 games despite a top-five offense.

This game looks like a lot more of a toss-up to me than the line would suggest, so the plus-money price with the Giants is where I’m going in this game.