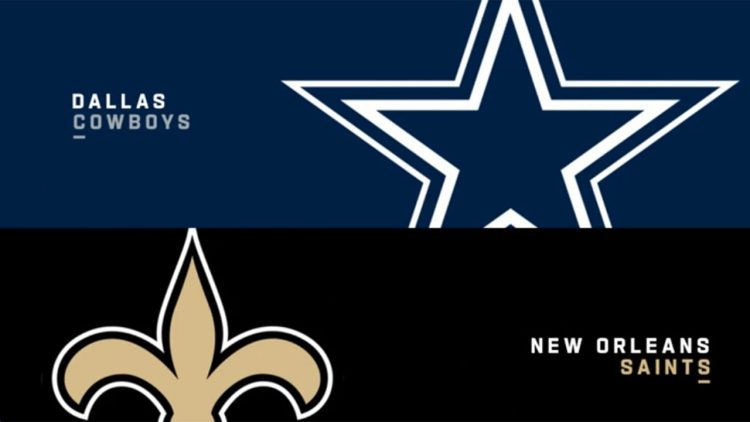 Week 13 of the 2021 NFL season kicks off with Thursday Night Football from Caesars Superdome in New Orleans, so we bring you the best Cowboys vs. Saints betting pick and tips along with the latest odds update on Bookmaker Sportsbook.

Dallas meets New Orleans for the first time since September 2019. The Saints search for their second straight victory over the Cowboys, who opened as 4.5-point road favorites with a total of 47.5 points, so let’s take a closer look at this NFC showdown.

The Cowboys are in crisis

The Dallas Cowboys fell to 7-4 SU and 8-3 ATS on the season following a 36-33 overtime loss to the Las Vegas Raiders on Thanksgiving. It was their second defeat on the spin and third in the last four outings, as the Cowboys have started to struggle in the second half of the season.

Dallas trailed from start to finish in Week 12, allowing 509 total yards to the Raiders. The Cowboys failed to establish their ground game, racking up only 64 rushing yards on 20 totes, while Dak Prescott completed 32 of his 47 passing attempts for 375 yards and a couple of touchdowns.

Amari Cooper (medical protocols) and CeeDee Lamb (concussion) both will return to the starting lineup after missing the last week’s defeat, which is a huge boost for the Cowboys’ offense. Dallas will be without head coach Mike McCarthy and right tackle Terence Steele, who both tested positive for COVID-19.

The Saints’ free fall goes on

The New Orleans Saints are on a four-game losing streak following a heavy 31-6 defeat to the Buffalo Bills on Thanksgiving. They fell to 5-6 SU and ATS on the season, failing to cover the spread for the fifth time in their last eight outings.

Alvin Kamara has missed the previous three games due to a knee injury, and the Saints haven’t looked like a playoff contender with their best player on the shelf. Kamara returned to practice last Monday and could be ready for Thursday’s home clash against the Cowboys.

Trevor Siemian has started the previous four games under center, tossing for eight touchdowns and three interceptions in the process. He’ll probably return to the bench in Week 13, as Taysom Hill is reportedly getting the first-team reps in practice. Hill is still recovering from a foot injury, and he’s appeared in just six games this season.

The Saints are in a must-win situation. They’ll be under huge pressure Thursday, as the eventual loss will probably kill all their playoff hopes. On the other side, the Cowboys are still topping the NFC West, but Washington is only a couple of wins behind, so both teams will desperately look for a win Thursday at Caesars Superdome.

New Orleans’ offense is a mess, though Alvin Kamara’s eventual return would help. I’m backing the Cowboys to win and cover, as their offense will certainly get a couple of top-notch wideouts back. New Orleans owns the third-best run D in the NFL, allowing just 91.9 rushing yards per game, but the Saints’ passing defense surrenders 251.8 yards per contest (23rd in the league).

The Saints have yielded a whopping 71 points over the previous two weeks. They’ve surrendered 27 or more points in four of their last five outings at any location. On the other side, the Cowboys have been pretty unpredictable in the last few weeks. They’ve managed to smash Atlanta 43-3 at home, but the Cowboys have also suffered a surprising 30-16 home loss to Denver.

I’m not expecting a high-scoring affair Thursday in New Orleans, though you never know with this Dallas team. The under is 4-1 in the Cowboys’ last five showings, while the over is 4-1 in the Saints’ previous five.