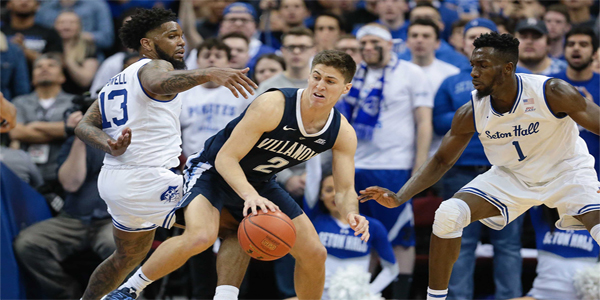 The Villanova Wildcats have been able to persevere without having point guard Collin Gillespie in the lineup, but is that something that they are going to be able to do against the #2 team in the nation?

That would be the Baylor Bears, who are committed to keeping the pressure on and can shoot from just about anywhere.

These teams clash in the Sweet Sixteen on Saturday at 5:15 PM ET at the Hinkle Fieldhouse in Indianapolis. It’s on CBS,. and BetAnySports customers can place wagers while it is in progress as they utilize what is available through Sports Betting Prime.

You have to concede that Villanova coach Jay Wright has done a great job of adapting to the loss of point guard Colin Gillespie. What the Wildcats have done is focus more on having more people in on the distribution. And Jeremiah Robinson-Earl has taken matters into his own hands to an extent, with six assists in each of the two games. Jermaine Samuels and Justin Moore also combined for nine assists in the 84-61 victory over North Texas in the Round of 32, so you get a pretty good idea of what we are talking about.

What makes this a great matchup specifically is that Baylor is greatly dependent upon putting the pressure on (ranking third in the nation in Defensive Turnover Percentage), while Villanova just doesn’t give it up (best in the nation – turning it over on just 13.2% of all possessions).

So this is one of those “irresistible force and immovable object” kind of games.

Hmmm, good question. Baylor has registered wins by 79-55 over Winthrop and 76-63 over Wisconsin, forcing 24 and 14 turnovers in those two games. Remember that Wisconsin is another team that prides itself on taking good care of the ball.

You have to understand that if Villanova is moved at all in this tug-of-war, Baylor owns enough advantages in other areas to create a margin. That includes balanced scoring, and that was very much in evidence against the Badgers, as Matthew Mayer had 17 points off the bench, with stars Jared Butler and Davion Mitchell chipping in 16 apiece.

We already know that Baylor is very aggressive at crashing the boards, and that should manifest itself on the offensive end, where they are third best in the nation.

And between teams that have been known to throw up a high percentage of triples, relative to the number of total field goal attempts, the Bears have been the more accurate side. While they may have been somewhat inconsistent in that area since they came back from a lengthy COVID absence in February, they are dangerous – 41.5% from downtown, which is best in the nation, and 8-for-17 in their last outing against Wisconsin.

So yes, we know how good Baylor is. But does that justify laying this kind of number?

After all, Jay Wright has not only been down this road before, he has won two national championships while doing so. And there is something to be said for a team that has been able to advance to the Sweet 16 without its floor leader, who was in fact the Big East co-player of the year.

That having been said, it is also our obligation to mention that the Wildcats did not look themselves in conference games after Gillespie went down, and with all due respect to Winthrop and North Texas, they do not bear a strong resemblance to this Baylor side.

If Villanova was an elite defensive side, that would be one thing. But they really aren’t. And against the Bears, if everyone can’t chip in with ball movement at all times, one could be at a handicap. So we have to make the recommendation to move with the team that is healthy and more talented, and that’s BAYLOR.

It’s the Sweet Sixteen, and the value at BetAnySports is oh so good when it comes to wagering on March Madness, as reduced juice allows for better odds……. And then, after the game tips, you’ve got Sports Betting Prime for real-time wagers……. Lots of ways to open an account, including your debit card, credit card, person-to-person transfers or the virtual currency of Bitcoin, which is fast and easy with their automated system, and NEVER incurs a transaction fee!