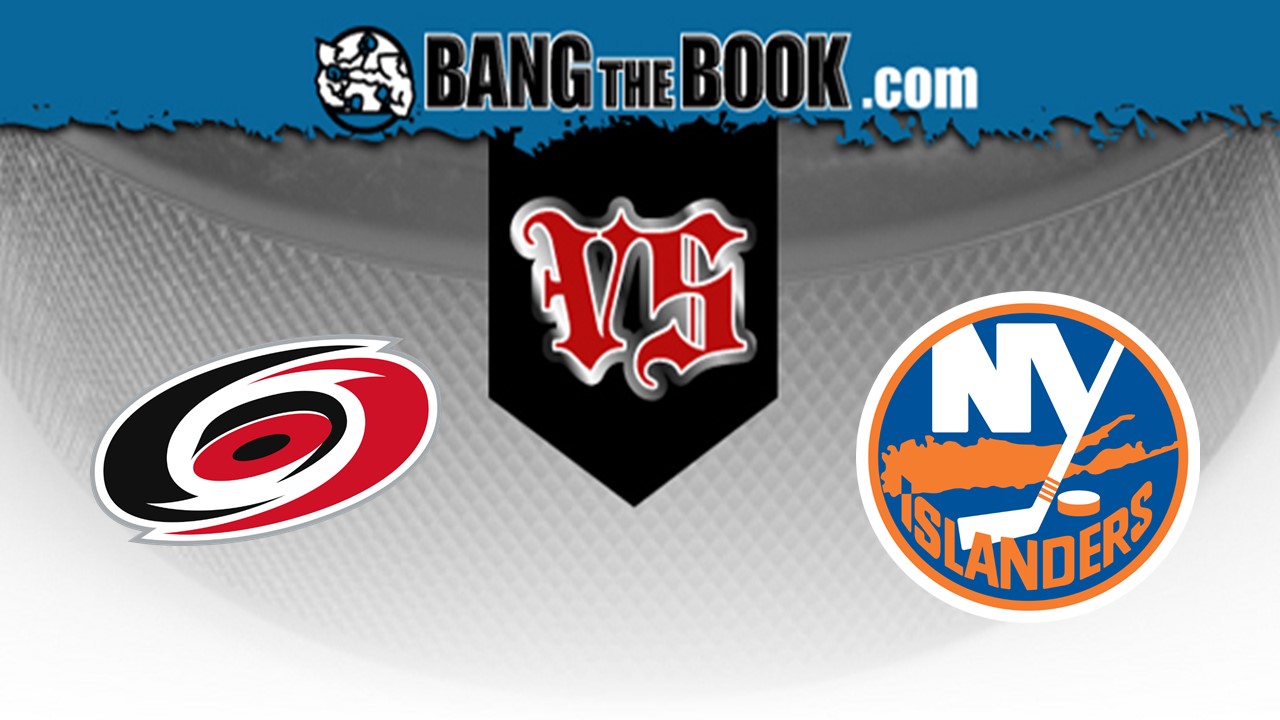 A couple of teams that’ve positioned themselves squarely in playoff contention, the Carolina Hurricanes and the New York Islanders take the ice at Nassau Coliseum. MSG Network will broadcast this Metro Division matchup, which gets going at 1 p.m. ET on Saturday, March 7.

The Islanders are 35-31 straight up (SU) and have earned moneyline bettors 1.1 units this season. That early-season winning percentage is a regression from the 48-34 record that the team managed during the 2018-19 season campaign. Of the team’s 66 games this season, 26 have gone under the total, while 26 have gone over and just three have pushed. Thus far, the team’s 20-14 SU at home.

New York’s converted on just 17.9 percent of its power play opportunities this year, a figure that puts the team in the bottom-10 overall among NHL teams. On the other hand, its penalty kill is ranked 15th overall, and it’s successfully killed off 80.8 percent of all penalties.

Averaging 25.9 saves per game with a .915 save percentage, Semyon Varlamov (20-24-5) has been the most dependable option in goal for the Islanders this season. If head coach Barry Trotz chooses to rest him, however, the team might turn to Thomas Greiss (16-14-14 record, .914 save percentage, 2.74 goals against average).

The Isles will continue to lean on the offensive production out of Mathew Barzal and Brock Nelson. Barzal (59 points) is up to 19 goals and 40 assists and has recorded multiple points 16 times this year. Nelson has 24 goals and 28 assists to his credit and has notched at least one point in 34 contests.

On the other bench, Carolina is 35-30 straight up (SU) and has lost 5.3 units for moneyline bettors this year. Through 65 regular season matches, 33 of its games have gone under the total, while 31 have gone over and none have pushed. Carolina’s 16-16 SU as an away team this season.

Carolina has converted on 21.1 percent of its power play chances this year, a figure that’s right around league average. On the other hand, its penalty kill unit is ranked fourth overall and it’s successfully killed off 83.3 percent of all penalties.

Petr Mrazek (2.71 goals against average and .904 save percentage) has been the primary option in goal for Carolina. Mrazek is averaging 24.7 saves per game and owns a 21-18-2 record.

Sebastian Aho (36 goals, 26 assists) and Teuvo Teravainen (15 goals, 45 assists) are the top offensive options for Carolina and will pace the attack for the visiting Hurricanes.

Carolina is 5-0 in games decided by a shootout this season while New York is 3-2 in shootouts.

The Hurricanes have averaged the league’s fourth-most shots on goal (33.3) and New York has attempted just the 29th-most (29.4).

New York has allowed 2.8 goals per game (overall) this year, but is giving up 4.2 goals per matchup over its five-game losing skid.

The Islanders this season have dished out the third-most hits per game in the NHL (27.9).