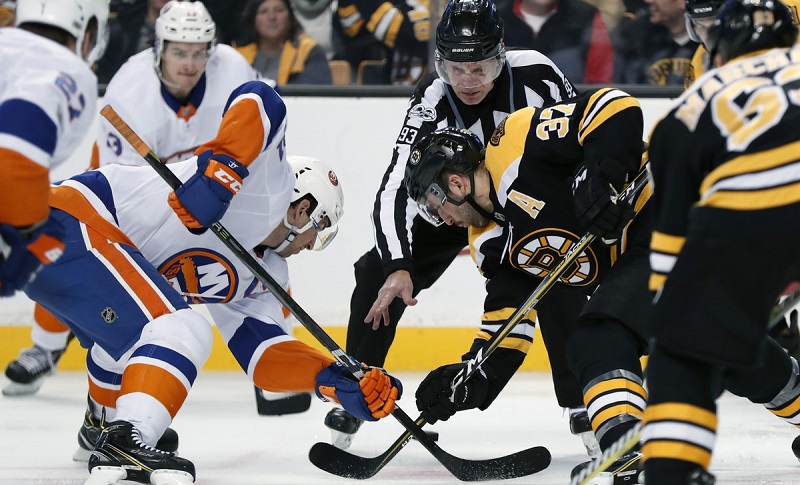 The Boston Bruins and New York Islanders split the first two games of their series and now the Islanders, who were much better at home than on the road during the regular season, will host Game 3 on Thursday night. The Nassau Coliseum will be rocking and rolling for this one, as the all-important first swing game of the series commences on June 3.

Bettors have spoken based on the early lines and what they are saying is that Boston is the team to bet in this one. The line is now up into the -140 range at Bovada Sportsbook with a total of 5. Is the line move right? We’ve seen a lot of line movement on the Bruins so far in these playoffs and they are 5-2 thus far. Should we trust the money or go in a different direction?

To say that the metrics at 5-v-5 for this series are lopsided would be an understatement. The scoring chances at 5-v-5 in Game 1 were 35-11 for the Bruins. They were more respectable in Game 2 at 35-22 in favor of the Bruins.

The Bruins came ready to play in Game 1 off of the long layoff. They had 12 high-danger scoring chances at 5-v-5 to just two for the Islanders. Ilya Sorokin actually played well in that game to only allow three goals at 5-v-5. Game 2 was much more even and maybe that’s the data point that we need to look at in preparation for Game 3. We know that the Bruins are looking at it, as they are trying to figure out how to get back to that same level of dominance that we saw in Game 1.

Boston will surrender the last line change in this game and that could be a problem. The Bruins have an elite top line with David Pastrnak, Patrice Bergeron, and Brad Marchand, but there are depth questions after that. In fact, in this series, that line has combined for 10 of the 20 points. The Bruins do have three power play goals to go along with their five at even strength. The PP has been a big weapon.

Maybe the most important factor for Game 3 is Tuukka Rask. Rask has allowed six goals on 61 shots in the series for a .902 SV%. His numbers are much weaker than we saw in the first round against Washington, when Rask stopped 159 of 169 shots. His .941 SV% was among the best in that round. That’s the Rask that the Bruins need, especially if the Islanders have figured out a way to balance things out at full strength.

We won’t call Game 1 a sacrificial lamb for the Islanders, as you never want to give up a game, but master planner and excellent head coach Barry Trotz took it all in stride after that 5-2 beating. All he did was adjust. After the Bruins had 12 high-danger chances to two for the Islanders in Game 1, the Islanders did a much better job clogging up the center of the ice. They kept the Bruins away from high-percentage scoring areas. It worked.

What also worked was the switch to Semyon Varlamov. Varlamov was not good against the Penguins, as he played both losses and allowed seven goals on 72 shots. Ilya Sorokin saved the series by stopping 150 of 159 shots. Trotz went back to Varlamov in Game 2 and he responded with 39 saves on 42 shots.

You also have to give the Islanders a lot of credit for persevering in Game 2. They blew a 3-1 lead that pushed the game into overtime, but rebounded in the extra frame and got the Casey Cizikas game-winning goal with just over five minutes left. That would have been a devastating loss, but the Islanders remained resilient, as they have all season long.

New York was 21-4-3 at home during the regular season compared to an 11-13-4 record on the road. Here in the playoffs, ironically enough, the Islanders are now 3-2 in five games, three of which they have won in overtime.

The Islanders have the series back at home now, where you can bet that Barry Trotz has done a lot of thinking about how to shut down the top line of the Bruins. He’ll get the matchup that he wants with the last line change. In the series against Pittsburgh, Sidney Crosby was held without a point in all three games on the Island. Trotz forced other players to beat him. I’d expect more of the same here.

The Islanders seem worth a gamble here. The 5-v-5 stats are skewed badly by Game 1 and the Islanders have actually had a lot more offensive punch in the playoffs than expected.