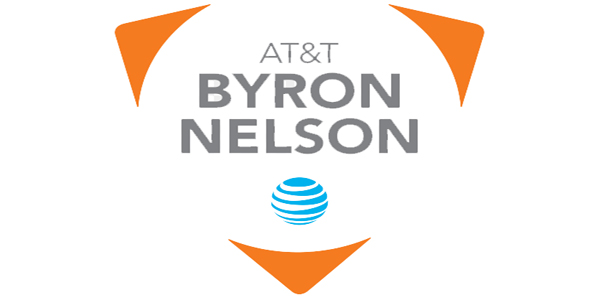 The AT&T Byron Nelson will have a new course once again. After being played at the Trinity Forest Golf Club in 2018 and 2019, the PGA Tour players will tee it up at the TPC Craig Ranch in McKinney, Texas for this year’s version of the tournament.

A solid field will be on hand for this tournament, as we only have one week until the PGA Championship at Kiawah Island. Players want to stay in good shape and those that have been mostly idle since The Masters are looking to get back at it. Everything’s bigger in Texas, including the $8.1 million prize pool for this one, so it should be a good weekend of golf.

We’ll use the odds from MyBookie Sportsbook to break it all down and list them at the bottom of the article.

Bryson DeChambeau left the Wells Fargo Championship prematurely and flew back to Texas, presumably to start getting ready for this event. When he found out that he made the cut at Quail Hollow, he flew back. He’s the co-favorite with Dustin Johnson and Jon Rahm this week at +1000 per the MyBookie Sportsbook odds.

Jordan Spieth is the clear next choice on the board at +1200, followed by Daniel Berger at +1800. The rest of the field checks in at +2000 or higher, including Masters champ Hideki Matsuyama, Matthew Fitzpatrick, and the return of Brooks Koepka. Scottie Scheffler, Will Zalatoris, Marc Leishman, and Sam Burns are all +2800.

This is definitely a top-heavy field this week at a brand new course, at least as far as PGA Tour events go.

TPC Craig Ranch, a popular stop for the Korn Ferry Tour, will host its first PGA Tour event and the first of five for the AT&T Byron Nelson. It is a par 72 that checks in just shy of 7,500 yards.

Trinity Forest was flat and wide open. TPC Craig Ranch will not be. It will be narrower in that regard and should provide a good test for the players. Water is in play a lot as Rowlett Creek winds in and around the course. We’ll have bentgrass greens for this one and the players will hit from Zoysia fairways, which is very different from usual. Tom Weiskopf helped design the course.

Tournament officials have gotten approved for 25% capacity on the course, so the roars of the crowd will be heard once again.

As far as looking for a horse for course, you won’t find one because there has not been a PGA Tour event here. The Web.com finals in 2012 were held on this course. James Hahn finished second at 14-under. Adam Hadwin was third at 13-under. Russell Henley was sixth at 11-under. Luke List tied for 13th. The course played as a par 71 that year.

This course is also part of the Korn Ferry Tour’s Q School, so some of the more recent graduates have probably played the course and are now part of the PGA Tour. Otherwise, we don’t really know much about the course and who will play well here.

Maybe recent form will be a lot more important then. Some of the guys at top of the odds board either haven’t played much lately or simply haven’t played well. DJ has one top-25 finish in his last five events. Rahm missed the cut last week at Quail Hollow. DeChambeau finished ninth, but played poorly enough on Thursday and Friday to think he wasn’t making the weekend.

Koepka missed the cut at The Masters and that’s his only tournament result since knee surgery. Matsuyama hasn’t teed up since winning the green jacket. Berger hasn’t played in a month, but has three top-20 finishes in his last four events. Fitzpatrick was fourth at the RBC Heritage after The Masters in his most recent event. Scheffler has a couple top-10 finishes over his last five events.

Zalatoris missed the cut last week in North Carolina, where he played his college golf. He’s had a couple lackluster showings since his runner-up at The Masters.

Let’s talk about some guys that have played well. Sam Burns won his first event at the Valspar Championship and was fourth the week prior when Marc Leishman won the Zurich Classic with teammate Cameron Smith. John Catlin has been playing well on the European Tour with a win and another top-five finish in his last three starts.

Keith Mitchell was third last week at the Wells Fargo and fourth two weeks prior. Charl Schwartzel has three straight top-25 finishes. Peter Uihlein has a win and two other top-10 finishes from his recent play on the European Tour.

Here’s a nugget for you. Sung Kang, the reigning champ of the AT&T Byron Nelson, is actually a member at TPC Craig Ranch, so he knows the course well.

This is a big ol’ crapshoot this week, but we can put together a player profile based on what we do know about the course. It’s a pretty long course with some long par 4s. It looks like SG: OTT will be important. We can always default to SG: Approach being important. The bentgrass greens aren’t a huge problem, so we’ll look for ball-strikers and hope they roll it well.

A price I simply cannot ignore is Sung Kang at +35000. He’s not in any kind of recent form, but he’s played well in Texas and is a member here. That has to account for something at a balloon 350/1 number.

As far as more realistic prices, Matthew Fitzpatrick at +2000 tops the list. He’s 10th in SG: Total and in the top 20 in SG: Off-the-Tee. His iron play has been a little iffy, but he’s put extremely well and still ranks 28th in SG: Tee-to-Green.

Another player to look at this week is native Texan Ryan Palmer at +5000. Palmer should have some knowledge of the course and he’s actually top 40 in SG: OTT and SG: Total. He’s in the top 50 in SG: Approach and has been comfortably on the plus side in putting.

Take some chances this week with a new course. A favorite could very well win, especially one like DeChambeau, who can cut down on the length of this course, but there are some long shots that do look compelling to be sure.

Coverage of the AT&T Byron Nelson will be on Golf Channel and CBS.