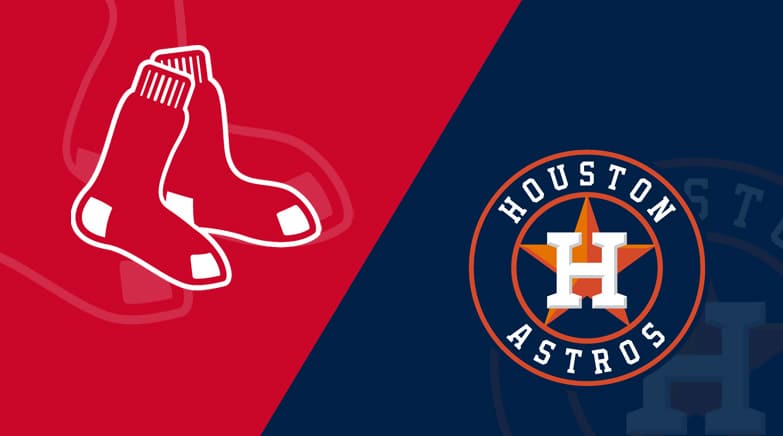 A lighter MLB card is on the docket for Thursday as a handful of teams enjoy a much needed break. The highlight game of the night looks to be at Fenway Park, where the Houston Astros and Boston Red Sox will meet in the series finale of their midweek battle.

It will be Zack Greinke for the visitors and Eduardo Rodriguez for the host squad with a 7:10 p.m. ET first pitch in Boston. The line basically prices these two teams as equals in light of the pitching matchup, so we’re seeing a pretty even line both ways at Bovada Sportsbook with a total of 9.

The Astros are really widening the gap on the rest of Major League Baseball offensively. Houston entered play on Wednesday with a league-leading .334 wOBA and a 119 wRC+, which was far and away the best in baseball. wRC+ is league and park-adjusted and the reality is that the Astros have been a lot better at Minute Maid Park this season than in past seasons and the offensive numbers across the board have been a bit better in The Juice Box.

That doesn’t take anything away from Houston. The offense is afforded the opportunity to be really strong because of a low K%. Houston’s 18.1% entering play Wednesday was the only one in baseball below 21%. That doesn’t look to be changing anytime soon either. The Astros make a ton of contact and put a lot of balls in play. As a result, they have the chance to make good things happen with virtually every plate appearance.

By not striking out, the Astros have the best batting average in baseball. They are also among the league leaders in both OBP and SLG, two stats that are aided greatly by being able to put balls in play. The Astros also lead all of baseball in fWAR among position players because of that offensive prowess and the offense should get even better with the recent return of Michael Brantley.

Zack Greinke has pitched well, but he, like every other Astros starter, has been treated to some very nice run support. Greinke has a 3.38 ERA with a 3.89 FIP in his 82.2 innings. Greinke has seen a huge K% decrease this season, but has had an excellent command profile with a 30.5% Hard Hit% in 249 batted balls and an average exit velocity of 86.8 mph.

Greinke’s SwStr% is down to 8.9% this season, the lowest he has had since 2012. He’s doing a great job of locating, but not a great job of getting strikeouts. It hasn’t hurt him that much to this point, but it could with a potent Boston offense.

The Red Sox offense is also really solid, but they’ve been going in the wrong direction for a little while now. Boston still entered play on Wednesday sixth in wOBA, but this is a team that was up near the top of the league not that long ago. The Red Sox have played some better opponents and faced some better pitching staffs recently and they rank 23rd in wOBA over the last two weeks. A power outage has befallen the lineup and the Red Sox have basically stopped drawing walks of late as well.

This is a team that has to have a big offensive presence because the pitching staff’s true talent level seems to be a lot worse than the numbers would suggest for this season. A big reason for Boston’s success has been a top-five HR/FB% against. Otherwise, the Red Sox allow a lot of hits with a below average defense and also have a few too many walks as a staff.

It will be interesting to follow as the season goes along. It feels like this current lull has a lot to do with the quality of competition and we could very well see the Red Sox get back on track as they start facing weaker opponents. This may simply be a team that we bet on against the bums and fade against the better teams.

Eduardo Rodriguez has absolutely deserved a better fate this season. The Red Sox southpaw has a 5.59 ERA with a 3.70 FIP in his 58 innings of work this season. E-Rod has been victimized by a .369 BABIP against and also a 66.8% LOB%. He’s got excellent K/BB rates, but those haven’t given him a lot of help in the ERA department.

Rodriguez, who missed the 2020 season with myocarditis believed to be from his bout with COVID, has allowed a .273/.308/.460 slash with the bases empty and a .331 wOBA, so he’s had a hand in setting up his bad innings, but his wOBA against jumps to .382 with men on base. He has a .400 BABIP against with RISP. His command profile hasn’t been great, but he also hasn’t had much luck.

Rodriguez shows all the signs of a pitcher in line for positive regression, except for average or better command. He’s made his own problems with nobody on base and has exacerbated those problems by not locating well from the stretch. The Astros have also pummeled left-handed pitching this season.

The Red Sox offense has faltered facing better pitching of late. Despite Greinke’s lack of strikeouts, his command profile is still exceptional and certainly better than Rodriguez’s at present.