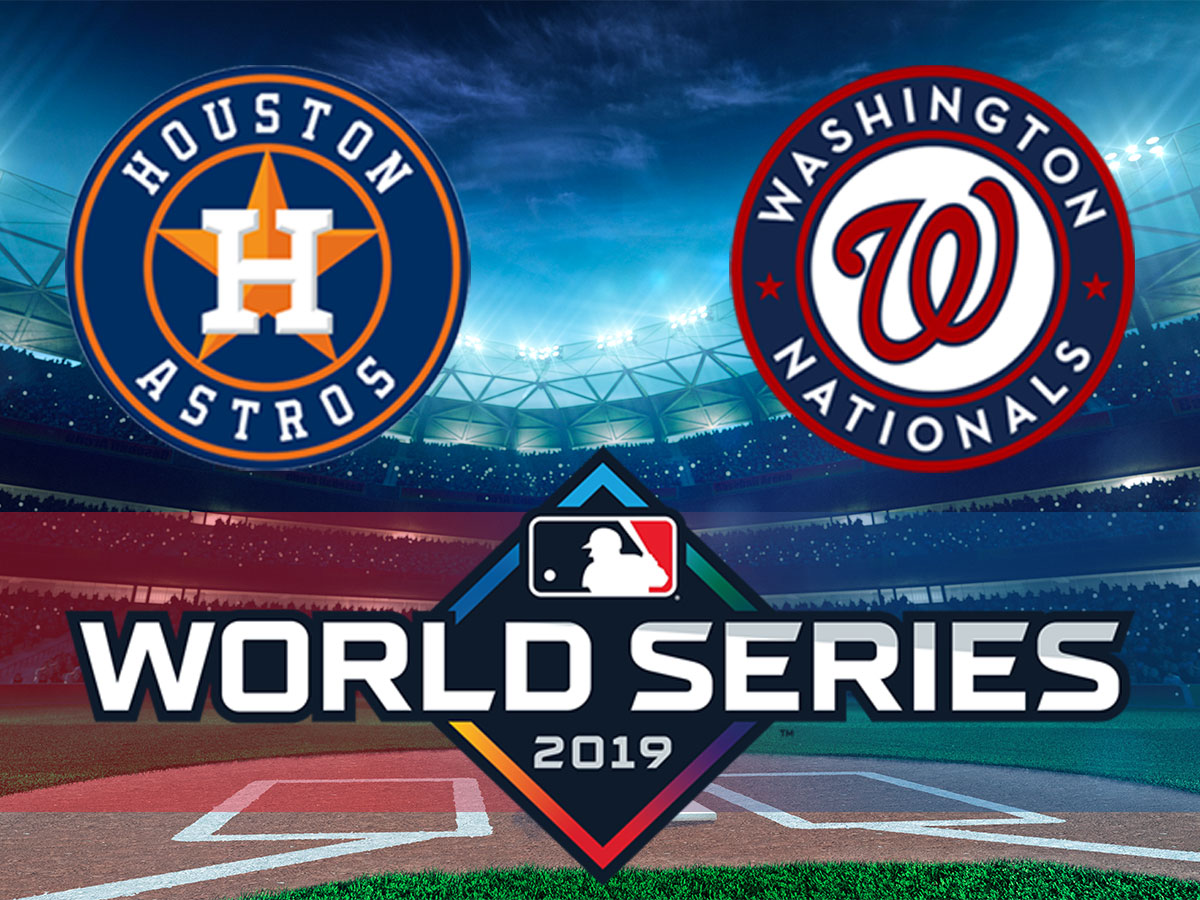 The Houston Astros and the Washington Nationals will meet in the 2019 World Series. The Astros were expected to be here. Many people thought that the Nationals had a good chance to get here, but then they started the season 19-31. After that, Washington went 74-38 to finish the regular season at 93-69. The run was not enough to track down the Atlanta Braves, which meant that a one-game playoff against the Milwaukee Brewers would be necessary before playing the Los Angeles Dodgers.

Long odds, but the odds were pretty long at 19-31, too, as the Nationals fell to as low as 60/1 to win the World Series in late May. A bad start and no series wins in the postseason really made it seem like the Nationals never had a chance.

We just saw what can happen in sports when the St. Louis Blues, who were tied for the fewest points in the NHL in early January, won the Stanley Cup. The Nationals probably didn’t draw any inspiration from that and as a second-tier sport in the United States, that NHL achievement probably wasn’t even mentioned. Nevertheless, you can’t count good teams out and the Nationals are a very good team.

Not only did Washington go 74-38 to close out the regular season, but the Nationals are also 8-2 in 10 postseason games.

It has been business as usual for the Astros. The Oakland Athletics have provided some token resistance in the AL West, but this juggernaut never misses a beat. The Astros were pushed to the limit in the ALDS by the Tampa Bay Rays, but the Yankees provided  little resistance after beating Zack Greinke in Game 1. The series took a sixth game, but Houston never felt endangered.

Unfortunately for the Nationals, some of their rest advantage coming into this series was counterfeited by how the Astros disposed of the Yankees in six games. With New York’s Game 1 win, it looked like it could be a seven-game series. Instead, the Astros didn’t have to use Gerrit Cole for a second time and Justin Verlander will be well-equipped to pitch Game 2 on regular rest.

Still, there is a path to victory for Washington. It is a path of great resistance, but it is a path all the same. The problem is just that the path is much easier for Houston.

As I’ve done all throughout the postseason, here are my three keys to the series.

Max Scherzer has to be a tone-setter for the Nationals. He hasn’t been himself late in the season. You know it. I know it. He knows it. The year-to-date numbers look very Scherzerian. He racked up 6.5 fWAR to tie his second-highest total in a single season. His xFIP was actually tied for the best of his career at 2.88. His FIP was a career-best at 2.45. His ERA of 2.92 wasn’t all his fault, as he had a .321 batting average against on balls in play.

Scherzer missed time from July 25 to August 22 and had some extended downtime around the All-Star Break. From August 22 through the end of the regular season, Scherzer allowed 20 runs on 36 hits in 38 innings of work. He allowed eight home runs. He allowed three runs on for hits in five innings and walked three in the Wild Card Game. Since then, however, Scherzer has worked 15 innings with one run allowed on five hits and a 21/5 K/BB ratio.

It goes without saying, but Scherzer has to be the dominant, perennial Cy Young candidate we’re used to seeing in this series. Righties posted a laughable slash line of .193/.220/.307 with a .223 wOBA in 365 plate appearances. Scherzer struck out 38.6% of the right-handed batters he faced and 2.7% of them drew a walk. His 35.9% K%-BB% was the best in baseball against righties…by 4.4%!

The guy that ranked 13th in that K%-BB% category against righties was Stephen Strasburg. Strasburg led the NL in innings pitched with 209 in the regular season. He’s thrown 22 additional innings in these playoffs and has allowed five runs, four earned, on 18 hits with 33 strikeouts and one walk. He’s been dominant.

Righties actually did a little better than lefties against Strasburg, as lefties slashed .192/.259/.328 with a .251 wOBA and righties batted .224/.280/.366 with a .276 wOBA. Given that Michael Brantley and Yordan Alvarez are in the Astros lineup, Strasburg’s prowess against both sides of the plate makes him extremely important in this series. Strasburg, like Scherzer, struck out over 30% of right-handed batters on the season.

Scherzer and Strasburg are Washington’s Cole and Verlander and they will have to hold up their end of the bargain. It isn’t a stretch to say that the only team that can match up with a 1-2 punch like Houston’s is this Nationals team.

The problem is that the Astros could very well be deeper with the rest of the pitching staff, though that will depend on Patrick Corbin, Sean Doolittle, and Daniel Hudson. The Astros do seem to have more capable arms to deploy, especially on the bullpen side.

In the Wild Card Game, the group of Scherzer, Strasburg, Corbin, Doolittle, and Hudson recorded all 27 outs, with 15 from Scherzer, nine from Strasburg, and three from Hudson. In the NLDS, where Corbin struggled, the Nationals needed 135 outs. They got 102 of them from those five pitchers. In the NLCS, the Nationals needed 108 outs. Only 76 came from those five pitchers, as Anibal Sanchez did some elite work and Tanner Rainey helped out a little more. The Cardinals posted a .130/.195/.179 slash line.

That quintet will be asked to do a ton in this series again. That’s why the long layoff helps.

The Astros had the best offense in baseball in the regular season by several metrics. Remember my Astros vs. Yankees breakdown? The Astros led the league in batting average, on-base percentage, slugging percentage, wOBA, wRC+, BB%, and K%. They were third in homers and second in doubles.

On the whole, Washington did a good job against the Dodgers, holding them to a .220/.303/.428 slash. The Cardinals were historically bad by League Championship Series standards. Houston’s offense will likely be better than that.

In a lot of ways, these two offenses are stunningly similar. The Astros did everything just a little bit better than the Nationals except for steal bases. Even if we look at non-pitcher offensive stats, the Astros, who did have 455 more plate appearances, hit 58 more homers, posted a lower K% by 1.8%, a higher BB% by 0.4%, a higher average by two points, a higher on-base percentage by one point, a higher SLG by 26 points, a higher wOBA by nine points, and a higher wRC+ by 15 points because Minute Maid Park is not thought to be a good offensive ballpark.

Like most playoff series against the Astros, the opposition is very good, but not as good. It’s just the way that it goes. In a small seven-game sample size, it is very true that legitimately anything could happen, especially because both of these teams make a lot of contact.

What really hurt the Cardinals in the NLCS is that they struck out a ton. The Cardinals struck out 48 times in 123 at bats. The Nationals struck out 44 times in 135 at bats. They also drew four more walks. The Astros don’t strike out nearly as much as the Cardinals. They’ll put as many or more balls in play than the Nationals. This could end up being a series where batted ball luck really gives one team an edge over the other. The Nationals also get to add an extra hitter in the games in Houston, while the Astros have to remove a hitter for the games in D.C. That could prove significant, as AL teams really do miss the DH when he isn’t around. In Houston’s case, that means either playing Yordan Alvarez in the OF or just finding a place for him to pinch hit in high leverage.

I feel like Gene Rayburn, decked out in a fancy ‘70s suit to talk to Charles Nelson Riley and Brett Somers every time I say that. Dave Martinez is at a disadvantage here. He’s not a better manager than AJ Hinch. The Nationals have managed to play well this postseason, but Martinez made some extremely questionable decisions last season that could very well have kept the Nationals from the playoffs.

The Nationals have two left-handed batters in the regular lineup in Adam Eaton and Juan Soto. They can carry Matt Adams, Asdrubal Cabrera (S), and Gerardo “Baby Shark” Parra as bench lefties or as mix and match starters. The Astros don’t have many left-handed options. In fact, they didn’t even carry Wade Miley on the ALCS roster. Not a single left-handed pitcher made the cut. Miley, Cionel Perez, and Framber Valdez are the only ones under consideration for the World Series.

As far as non-pitcher offensive stats go, the Astros were decimal points ahead of the Dodgers against RHP with a .352 wOBA. They had the best wRC+ at 124. The Nationals were eighth at .341 and had a 107 wRC+. There are a ton of right-handed pitchers on both pitching staffs.

The Nationals can use Doolittle or maybe Corbin in matchup spots against Brantley and Alvarez, but they’ll mostly have to attack with righties, much like Houston will.

Some of these managerial decisions could be really, really big. We know that Martinez (correctly) has very little faith in most of his bullpen options. You know what makes good players elite players? The way that they make adjustments. The Astros were third in OPS in plate appearances against a starting pitcher for a third time at .907. Only Colorado was higher and we know how Coors Field skews things. The Nationals, on the other hand, ranked 16th at .802.

The middle innings will be critical in this series. The Astros rotation could be a little better equipped for turning the lineup over a third time based on what we’ve seen so far, but it’s not every day that you face Scherzer and Strasburg. For example, Strasburg allowed a .590 OPS in that split. Scherzer a .619. Corbin a .620. It was Sanchez’s .923 that skewed the numbers, to go along with the other non-primary starters.

This World Series should be really competitive. I happen to like individual game unders quite a bit in this series, as these are two great offenses, but the vast majority of the outs in this series will go to elite to well above average pitchers.

If you listened to me before the ALCS and took Houston at +130 to win the World Series, now you know why, given the line for the World Series with Houston more than a $2 favorite. You can freeroll the series if you want here with a partial unit wager on Washington and just sit back and enjoy.

If you didn’t, it’s really hard to take Houston at this point in time. The unfortunate thing is that a Cole start in Game 1, even against a well-rested Scherzer, makes taking the Nationals a tough sell. Instead of the +180 or so, you’re better off taking the Game 1 money line around the same price and then playing the Astros back to win the World Series at a reduced price if they lose. Verlander has looked human in the postseason, but he does get Game 2 at home and on a regular turn.

I still think the Astros win. They’re deeper in all facets than the Nationals. Not by a lot in each individual area, but the aggregate gives them a clear edge. The lack of a DH in D.C. could pose a problem for Houston in those games, but that is why home field advantage is important in the playoffs.

I’ll take the Astros in 6 or 7 here. I think it’s a long series. I think Washington matches up well and, quite possibly, as good as the Dodgers would have, if not slightly better with the status of some of the Dodgers pitchers. I think this should be a great series with some of the best pitchers of our generation doing work. I just think the Astros are a little bit better overall. 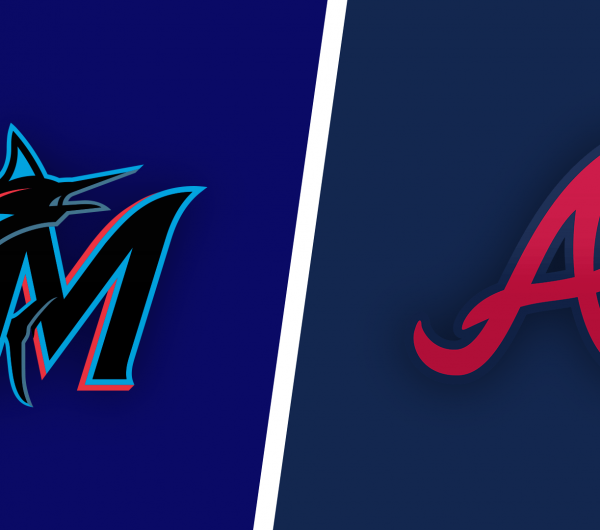 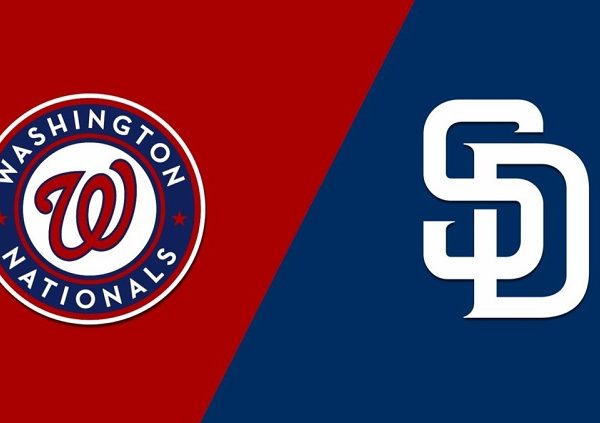 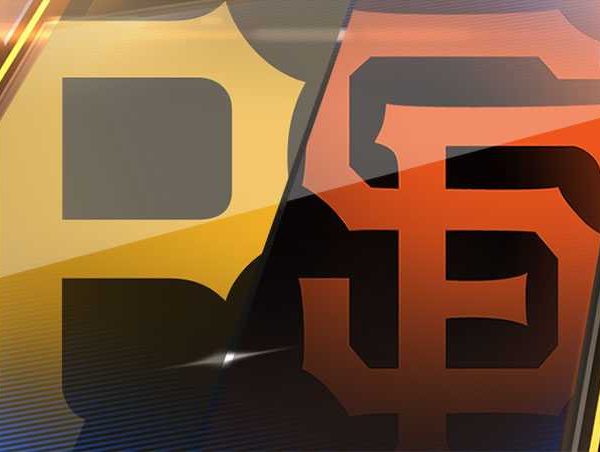 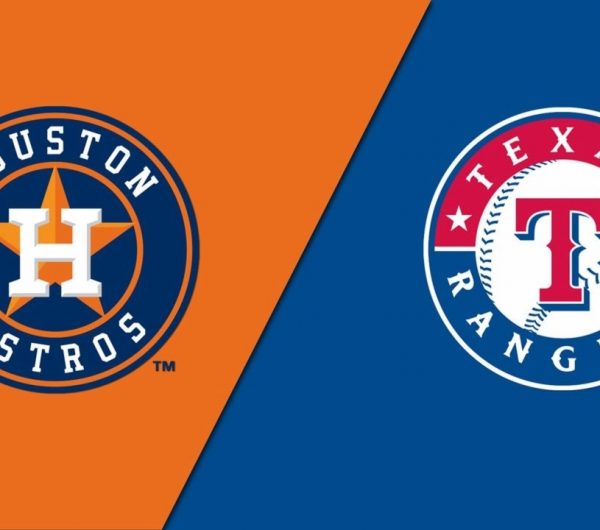