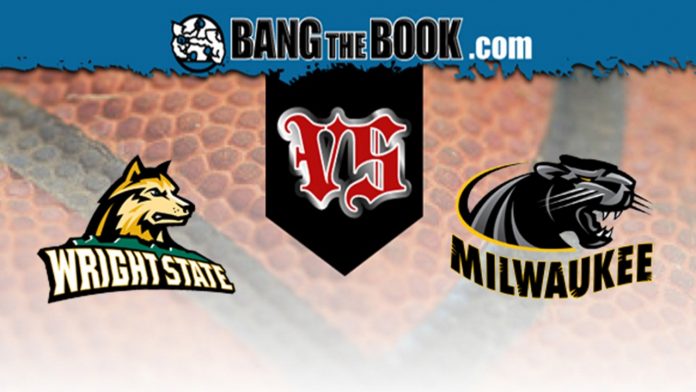 The Raiders had no trouble getting past the Northern Kentucky Norse in their last game, 95-63. Tanner Holden was the game’s leading scorer with 20 points on 7-for-10 shooting. Wright State played a nearly flawless game. They had a free throw rate of 0.186 (below their season average of 0.234) and an effective field goal percentage of 0.712 (above their season average of 0.508). For those same stats, Northern Kentucky recorded marks of 0.106 and 0.424, respectively.

There should be a fair amount of transition offense in this matchup that features a pair of the NCAA’s more fast-paced teams. Milwaukee currently ranks 56th in possessions per game (72.3) and Wright State is 42nd (73.0). Additionally, the Raiders commit the 23rd-fewest errors in the nation (turnover percentage of 16.4 percent), while the disruptive defense of the Panthers causes the 55th-most (opponents’ turnover percentage of 22.3 percent).

These two squads have already met once this season. The Raiders won 82-70. The Raiders’ offensive rebounding percentage was their biggest advantage over the Panthers. Wright State had a rate of 31.4, while Milwaukee posted a mark of 23.5. Love was a standout player in the game, producing 16 points and nine rebounds.

Wright State averages 3.9 blocks per game, which ranks 68th in the nation. Milwaukee ranks 118th in blocks allowed per game (3.6).

The Panthers’ average margin of defeat in their last five games has been 1.8, up from 0.6 for the season.