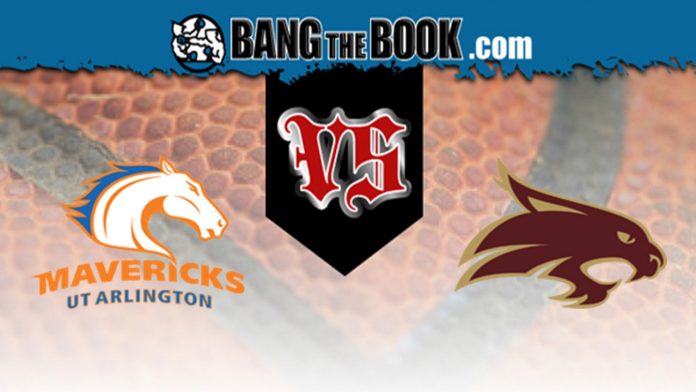 In the Mavericks’ last outing, they dismantled the Louisiana-Monroe Warhawks, 78-58. Radshad Davis was the top scorer from either team with 19 points on 6-for-10 shooting. UT Arlington dominated nearly every facet of the game. They had a ridiculous offensive rebounding percentage of 52.9 (above their season average of 26.4) and a free throw rate of 0.482 (above their season average of 0.207). For those same stats, Louisiana-Monroe had marks of 16.7 and 0.236, respectively.

The Bobcats hope to maintain momentum after beating the Louisiana Ragin’ Cajuns in their last contest, 68-59. Texas State’s Isiah Small played a key role with 12 points and nine rebounds. The Bobcats forced 16 turnovers and held the Ragin’ Cajuns to an effective field goal percentage of 0.411 (below their season average of 0.472).

The physical Texas State offense looks poised to dominate from the charity stripe. The Bobcats currently rank ninth in the country with a free throw attempt (FTA) rate of 0.303, while UT Arlington is among the nation’s most foul-prone squads (giving up a 263rd-ranked FTA rate of 0.251). Furthermore, the Mavericks commit the 36th-fewest errors in the nation (turnover percentage of 16.7 percent), while the ball-hawking defense of the Bobcats causes the 48th-most (opponents’ turnover percentage of 22.8 percent).

This is the first time these teams will battle this year. The Mavericks won both matchups played against each other last season. In the last matchup, UT Arlington won 81-73. UT Arlington’s 0.600 effective field goal percentage was its biggest strength over Texas State, who had a mark of 0.471.

The Bobcats’ average margin of victory in their last five games has been 7.8, down from 8.6 for the season.