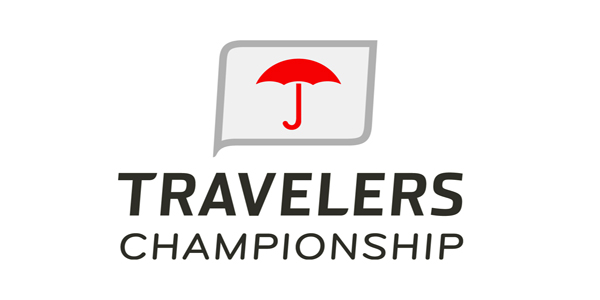 Even though it is the week after a major, we still have a pretty strong field for the Travelers Championship at TPC River Highlands in Connecticut. With The Open Championship across the pond just three weeks away, it does make sense that players would want to stay sharp or fix some of the rough edges of their games.

Players love this course and love the setting, so even though the prize pool is a little lower than some of the other non-majors, a lot of players will tackle the Cromwell Course this week. It is, after all, the 69th anniversary of the tournament.

We’ll break down this par 70 track and look for some picks with help from BetOnline Sportsbook’s odds. Those will be after the body of the article.

Bryson DeChambeau, Dustin Johnson, Patrick Cantlay, Brooks Koepka, and Paul Casey make up a pretty strong start to this field. Those guys are priced from +1200 to +1600 and then we get to Patrick Reed, Scottie Scheffler, Abraham Ancer, Brian Harman, Kevin Streelman, and Tony Finau from +2000 to +2800.

That group makes up a really good top of the betting board for this event, which has been won by all sorts of players. Big hitters, like Dustin Johnson and Bubba Watson, have won here, but Chez Reavie, Russell Knox, and Kevin Streelman are also among the winners in recent years.

Stewart Cink is a two-time winner on the board at +8000 and he’s played really well this year. Marc Leishman is a past winner at +7000. We’ve got some European Tour holdovers on the board, like Guido Migliozzi at +9000 and Garrick Higgo, who recently won the Palmetto Championship, at +5500.

This is the second-most attended event after the Waste Management Phoenix Open most years, but there will be limited attendance this year as a lot of COVID-19 protocols remain in place across the country for large events.

This event grades really well from the players’ standpoint as well. They like the course and they like the atmosphere, which is why we usually see a good turnout here. It doesn’t hurt being between majors so guys have extra incentive to be on hand and get in some swings. Spots in The Open Championship are still up for grabs as well.

This is a par 70 that comes in around 6,840 yards. The greens are bentgrass with some poa mixed in. With the short course length, TPC River Highlands is all about putting and approach. Being a bomber doesn’t give you an inherent advantage here like it does at most courses. It does help to drive the ball accurately. A lot of players are able to get GIRs here with the short course length, so hitting fairways to set up for the best possible second shot can go a long way. Distance isn’t the be-all, end-all, but SG: OTT has been important.

Our horse for course section looks at guys that have played well here. This was the third event of the PGA Tour’s return in 2020, so there were a lot of guys still shaking off some rust when DJ won. It was actually his second start here since 2009.

There is something to be said here about ball flight and shot shape. Bubba Watson, a lefty, has won three times. Watson also has a second, a fourth, and a sixth to his name. He missed the cut last year, but led the field in SG: OTT per DataGolf.

Marc Leishman has a win and three other top-25 finishes here. DJ had the win last year. Jordan Spieth has won here. Guys that can manipulate the flights of their balls and land them softly have good success here.

Paul Casey tied for 32nd last year, but prior to that, he was fifth, second, fifth, 17th, and second at the Travelers. He’s got a short price this year. Bryson DeChambeau has improved every year here, going from 47th in 2016 to 26th in 2017 to ninth in 2018 to eighth in 2019 to sixth in 2020. I guess he’ll finish third or fourth this year and then win next year if that type of pattern holds.

Among the other top prices, Abraham Ancer was eighth two years ago and 11th last year. Russell Henley, who is +5000 this week, had a good run for a while at the U.S. Open. He’s got a top 10 and an 11th-place finish to his name here.

Casey fits the course form angles and also the recent form one, as he’s played the last two majors to a T-4th and a T-7th finish. He did not play any of the tournaments in between. Streelman also fits the bill with four top-20 finishes in his last four starts.

Ancer missed the cut at the U.S. Open, but was eighth at the PGA Championship and 14th at the Charles Schwab. Patrick Cantlay won the Memorial Tournament when Jon Rahm was asked to leave because of COVID. Cantlay was 15th last week at Torrey Pines. Scottie Scheffler might be close to winning. He has three top-10 finishes in his last five events.

Harris English was a strong third last week and was 14th at the Palmetto Championship the week prior. Rickie Fowler didn’t qualify for the U.S. Open, but was playing well before it with a T-8th at the PGA and a T-11th at the Memorial.

Brooks Koepka, basically here to play with his brother, Chase, who is on a sponsor exemption, was fourth last week and second in the PGA Championship.

A lot of the course form guys have also played well lately, like Casey and Streelman, so their prices are just too low to get excited about. Even a guy like Harman has been playing well. Maybe you can catch Casey a few shots back on Friday night for a better price.

The recent form has been hit or miss, but how about we throw Brendon Todd’s name in the ring at +7000 this week? Todd was 11th last year, but he was in the final group with Dustin Johnson on Sunday. This is the kind of course that fits his skill set well.

Doc Redman at 66/1 is also a good look this week. Redman’s a really good ball striker and was third in SG: T2G here last year in his first start. With more experience on the greens, he should be better this time around. He didn’t play the U.S. Open last week, so he’s probably been taking some extra rounds here.

Look for matchups and other interesting players at BetOnline Sportsbook and get a 50% Deposit Match Bonus up to $1000.