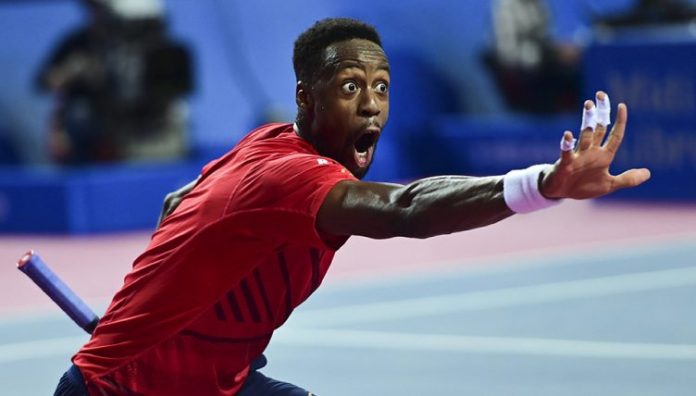 The last week of the ‘triple tour’. The final tour stops in Europe, South America and North America before the Sunshine Double get underway on Monday and we’ve got almost all the big stars out on stage this week. Both Acapulco and Dubai are loaded with top 20 talent and Santiago is a fresh look at a clay event, as it is the inaugural edition. So, lots to dig into, let’s take a look.

Dubai is headlined by Novak Djokovic. And that is a problem. It skews the draw, the prices and the handicap like almost nothing else in modern tennis. This may have not been a popular opinion even two years ago but it seems inevitable now that Djokovic is going to surpass Federer in Slam wins, pass Federer and Nadal in Slam finals, and pass Federer and Connors for career titles. If he is focused on such a goal then these kinds of tournaments become fodder for his trophy case, as he isn’t playing 250’s too many more times in his career (Doha is the only 250 he has entered with any regularity in the last five years and it has been replaced by the ATP Cup moving forward; he entered Eastbourne once while trying to re-hab his elbow). He is listed at -188 and that is UP from where the books opened him. Plenty of people still see value at that number (65% implied chance to win). It is hard to find someone to oppose him; the big seed in the second set is Gael Monfils and he has a laughable 0–16 record against Novak. Andrey Rublev is the big seed in the third quarter; he is on fire in 2020 and should be the right age to not be intimidated by Djokovic. But, Rublev is conceivably going to have to get through Fognini in the quarters, one of Tsitsipas or RBA in the semis and Djoker in the finals. At 11/1 a moneyline rollover probably pays more.

The same is probably true of Tsitsipas and RBA in the fourth quarter. Both have had success against Djokovic in the past but their current path here would be each other in the quarters, Rublev in the semis, Djoker in the finals. At 8/1, Tsitsipas seems way short. If you like him, take his moneyline each match and you should come out ahead. If you like RBA, at 14/1 be prepared to hedge on Djoker in the final at, like, -400 or -500. He’s that good right now.

Instead of an outright, let’s look at the quarter prices. Djoker’s is obviously absurd, it’s pretty hard to pick a winner out of RBA and Tsitty and Rublev is only even money to win three matches, including possibly having to beat Fognini.

That leaves the second quarter where Monfils is the big seed. Fucsovics is no easy task in the first round but Paire is always waffling, Cilic looked terrible last week and Gasquet is still rehabbing from a pretty serious knee issue. Additionally, all four of these potential foils is travelling from Marseille, while Monfils has been off for a week. At +175 to win the quarter (meaning he doesn’t have to play Djoker to cash) he seems a good bet, especially for a guy in such incredible form (coming off back to back titles in Montpellier and Rotterdam).

Mexico holds the key to maybe the best collection of possible matches this week, with six different top 20 players. Rafael Nadal, a frequent entrant in Acapulco, headlines the first quarter. And much like with Djokovic in Dubai, he has had the red carpet rolled out for him. The threats in his quarter all have pretty major flaws for this specific week — DeMinaur is coming off an extended absence, Kecmanovic has a nice run in New York but he is 1–4 against top 20 guys and it’s hard to see him challenging Nadal, Lajovic is travelling from South America, and Opelka is coming off a title AND travelling from Florida. Seems like a bit of a cakewalk.

The second quarter is headlined by Wawrinka and Dimitrov. Dimitrov is all over the map the last two years and it’s hard to trust that he is even going to win his first match let alone the quarter (given that he collapsed to Tommy Paul, lost to Gregoire Barrere and was crushed by FAA his last three times out). Wawrinka conceivably comes out of this quarter but his record in North America (outside of a few incredible US Opens) is pretty average given his pedigree (2016 US Open remains the only title he has this side of the Atlantic). And the Stanimal really struggles with Nadal, on any surface. Really, this quarter is wide open and Nadal looming in the semis makes it unpalatable to try and take a flyer.

So, look in the bottom half for an outright. Kyrgios is the big seed in the third quarter. Betting on him is like self-torture. Don’t. He won here last year and admitted he partied every night. That’s probably not a repeatable game plan. And the third quarter is not easy — Ugo Humbert has won a title, made a semi and made a quarter-final already in this short season, Taylor Fritz is a mini-servebot who could get hot in a venue that has played favourably to big hitters (Kyrgios, Zverev, Delpo, Kevin Anderson, Sam Querrey, Thiem, Anderson again, and Grigor are 8 of the 12 finals participants in the history of this event on hard courts), Kyle Edmund hits a big ball and is coming off his second career title in New York and FAA has made back to back finals in Europe before landing in this quarter (hard to fathom he’ll have the energy but, it’s worth noting). That’s a quarter loaded with landmines which will require some serious concentration from Nick. No thanks.

The fourth quarter is where it is at for this week. Three qualifiers, two wild cards, a protected ranking, and an aging tree. You are welcome Alex Zverev. How does this kid NOT get out of this quarter? He has played well here before (losing to Kyrgios in the finals last year), might want revenge for said loss in this year’s semis, seemed to turn a corner at the Aussie Open, has the big serve to compete here and is not scared of Nadal should they meet up in the finals. This is a double down, as the quarter price is just as appetizing as the outright price!

A brand new event, at altitude, with a field barren of big names. Can you spell wide-open? Last weeks champ Cristian Garin is the only player in the field who made it past the second round in last weeks competition (Gianluca Mager withdrew Monday morning) and he is also the only top 35 player in attendance. In fact, Garin, Casper Ruud, and Ramos-Vinolas are the only three players from the top 50 present this week.

Garin is coming off two titles, in Cordoba and Rio, can obviously play at altitude (Cordoba and Santiago are both about 500 meters above sea level), and should be motivated as this is the first ATP tournament being held in Chile since 2014 (he is of course Chilean). The fact that the event is in Chile is probably the only reason Garin hasn’t withdrawn. One of the hotter players on the Golden Swing landed in Garin’s quarter and Garin may be opposable if the mind is willing but the body is not. Juan Ignacio Londero went three rounds deep in Cordoba, made the semis in Buenos Aires and plays well at elevation (he won Cordoba last year). At 7.5/1 he is worth a look to oppose Garin and come out of the top quarter.

If you want a flyer, in a potentially wide-open event, look to the bottom half where you can avoid Garin, Londero and Pablo Cuevas. Roberto Carballes Baena is someone who is also comfortable at elevation. He won the now-defunct Quito open which was played at an incredible 2,850 meters. This will be like base camp on Everest for him. Now, his game hasn’t been in great shape in 2020 but, it’s always good to remember clay stats at this point in the season are from an incredibly small sample size. If anything, he will be rested from having gone out early in Buenos Aires and Rio. Last season he compiled a combined hold/break number of 106% on clay. That’s the goods. At 50/1 he is worth a quarter unit.

Europa League – Betting on the Over/Under – Villarreal vs. Lyon...