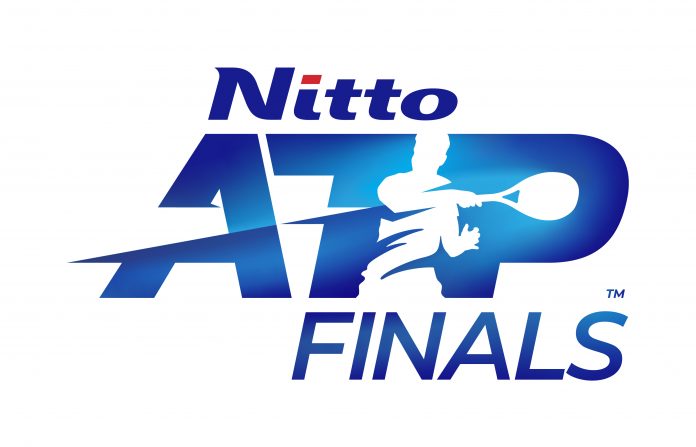 Well, this is it. The last tournament for about seven weeks. The off-season is finally upon us and before we depart for the greener pastures of 2020, we get one more event. The year-end finals in London are routinely attended by the best of the best, the top 8 in the world rankings (or alternates for injured players), and, like last weeks #nextgen finals, they are a round-robin affair. Here are some fun facts: the event has been played on every surface imaginable, except clay, including indoor hards, outdoor hards, grass, carpet and plastic; there have been 49 editions dating back to 1970 but, only 46 with world rankings in place (rankings didn’t come into effect until 1973); the #1 player in the world has missed the event 5 times (Connors skipped three years in a row in the 70’s and Nadal and Edberg both missed with injury); out of the 41 editions with a #1 player present, the #1 player has only won 20 times; Federer has the most titles with six, Djokovic is right behind with five; Djokovic has won the most consecutive, with four (2012–2015), while Lendl won three in a row (1985–1987); Federer suffered the 1986 Edmonton Oilers treatment, having a run of five straight titles, from 2003 to 2007, interrupted with a loss in the 2005 finals to David Nalbandian, who was coincidentally one of only two Alternates to ever win (the other Alternate to win was Villas in 1974 when top seed Jimmy Connors skipped the event); despite having the most appearances (16), best overall record (57–15), most titles (6) and most finals appearances (10) Federer has neither won this event since 2011 nor finished the year #1 overall since 2009 which both seem bizarre facts; the only seed/rank to NOT win an ATP finals, including Alternates is #8.

Let’s break down this year’s field.

Novak is not #1 in the world at the moment. That is mainly because Rafa won the US Open and Novak has been dropping points like crazy during post-US Open tournaments. As pointed out in the Paris tournament preview, he hasn’t won too many big matches since Madrid in May, other than the Wimbledon final, which Federer gifted to him (choked on two matches points on serve). Since Madrid he has lost to Rafa at Rome (badly), Thiem at Roland Garros, Medvedev in Cincy, Stan in Flushing Meadows, and Tsitsipas in Shanghai. He beat Delpo (#9) in Rome, Zverev (#5) in Paris, Fed (#3) at Wimbledon, and then Tsitsipas no-showed in Paris. Those are his only top 10 wins in the last six months. That’s…. not great. He’s 600 points behind Rafa for #1 in the world but he is defending 1000 points here and Rafa is defending zero. So, it’s title or bust for Novak (AND he needs Rafa to not make the semi-finals). That seems like a ton of pressure and winning Paris against a 21 year old outclassed Shapo, and winning Tokyo against the #55 ranked Millman, and being gifted Wimbledon by a choking Federer, aren’t exactly showing up under pressure. At less than 2/1 this doesn’t feel like value.

Fed is listed as the second favorite and as described above, he performs incredibly here. But, also as described above, he hasn’t sealed the deal since 2011. That’s… awhile. Other than 2017 Shanghai he hasn’t won a post-US Open, non-Basel tournament in a half a decade. That’s also…. rough. And, just for context’s sake, he’s beaten one top 10 player in Basel in the last five years (Rafa in 2015). He’s just not built for late-season tennis anymore. Pass.

2019 poster boy for tennis, Daniil Medvedev is the third favorite at 5/1. He seems like the smart pick given his price and his form since, basically, May. He ran all over the tour this year and he managed to avoid both Djoker and Fed in the draw here in London. However, there a case to be made against him. The last person to have such a dominant second half of the season was Andy Murray in 2016. He won Beijing, Shanghai, Vienna, Paris and the Finals in succession to end the year #1 (even more impressive than Meds’ run). However, he was out of tennis seven months later; could Meds have already tired out like Murray eventually did? He lost a mind-numbing match in Paris against Jeremy Chardy and while he is significantly younger than Murray and shows no signs of injury, he can’t reach #1 or #2 anyway, so he may already be looking ahead to 2020 and the Aussie Open.

Rafa is the #1 ranked player in the world but the fourth favorite here. He needs to make it out of his group, in first or second, doesn’t matter, to maintain the #1 seed. It’s conceivable he is super motivated by that or he wouldn’t be here. He’s skipped the event five times in his career, including last year, and his career record here is only 16–13. It’s never been played on his favoured surface (despite being on every other surface as described above) and it’s been played on his worst surface (indoor hards) for the past eleven seasons. It’s highly probable he gets out of his group on sheer talent and will alone but, it’s also highly probable he gets smacked in the semis, as he will face either Fed or Novak most likely, AND he will have secured the year-end rank (don’t rule out a withdrawal after he qualifies for the semis). Rafa to win his group at +200 seems a much better bet than Rafa +550 to win outright.

The next three competitors are all grouped together at 14/1. What is there left to say about Zverev? He has had a miserable season, winning only one title, in Geneva, where faced no one of consequence AND still struggled. It’s a testament to his skill and his ability to eek out a few wins each week that he’s even in the top 8 at this point. He lost in the first round SEVEN times this year but in 24 events still managed to make the quarters or better nine times and he went four rounds deep at three of the four Slams. Regardless of his results, his form doesn’t seem there to challenge the big three (or Medvedev) and he is the easiest cross off of the bunch.

Thiem was the guy (or should have been) at the US Open. He bombed out in Flushing Meadows but has gone on to win Beijing, make the quarters in Shanghai and win Vienna; beating Khachanov, Tsitsipas, and Berrettini along the way. He should be the pick here too, at 14/1….. if he wasn’t in a group with Federer AND Djokovic. The good thing, if you are picking Thiem, is that if he does manage to go 2–1 in his group by beating one of Djoker or Fed, he should have a decent shot at winning his semifinal match. He’s beaten both before, this year even, although, obviously, not on indoor hards. Given what was said about both of them above though, this could be Thiem’s shot. He is in great form and knows he can compete. If he makes the semis, this is a great number.

That leaves Stefanos Tsitspas. He is really good indoors, having won Stockholm and Marseille in the last year. And he matches up well with the big three, having had wins against all of them. He also, until Paris, had seemed like he was in great form. Coming out of the US Open he went finals in Beijing, semis in Shanghai, and semis in Basel. The losses were to Thiem, Meds and Fed. And he even beat Djoker in there. Nothing wrong with any of that! Then he showed up in Paris and got beat by Djoker 1 and 2. That’s gross. And stinks of a guy who is looking to the off-season. There are two other marks against Tsitty in London. He landed in a group with Medvedev, who he is famously 0–5 against. And he is a first-timer here. Inaugural trips to the year-end finals don’t usually go well. Guillermo Vilas, in 1974, McEnroe in 1978, Corretja in 1998, and Dimitrov in 2017 are the only four to ever win in their first trip. And of those four, only McEnroe and Vilas can really be looked back on as not a surprise winner.

Berrettini is the easiest cross-off. He is the #8 player and no #8 has ever won. He is in the group of death where I expect him to go 0–3. Just an unfortunate draw.