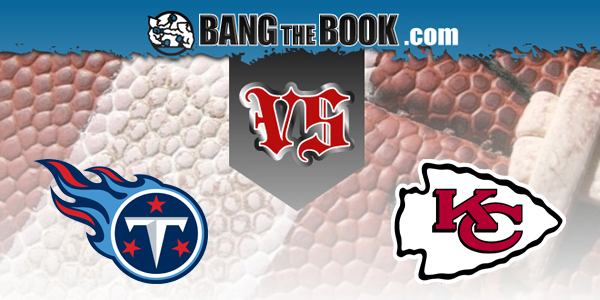 The Tennessee Titans became just the second underdog of 10 or more points since the 2011 playoffs to pull off an upset in the postseason. The other was the 2012 Baltimore Ravens. They won the Super Bowl. In order for the Titans to have the chance at doing that, they’ll have to win as a big underdog once again. The Kansas City Chiefs are favored by 7.5 with a total of 52 for the AFC Championship Game.

Any place that opened higher than 7.5 took immediate Tennessee money, as the Titans have looked very impressive in their two playoff victories thus far. Some retail sportsbooks opened as high as 9.5, but most of the Early-week aggression from the oddsmakers makes a lot of sense. They need to find out where they stand. If the early money is on Tennessee, see if money will come back in on Kansas City. If it doesn’t, you can sit right there and not give away the half-point on the Titans.

Optics really matter in the NFL playoffs. Kansas City scored 51 points en route to a blowout win over the Texans in the Divisional Round. Nobody remembers that the Chiefs were down 24-0 because of some special teams blunders and what could be classified as rust after the week off. If Kansas City wins that game 34-24 or 38-28, does everybody remember that 24-0 deficit? Right now, all anybody is talking about is the 41-0 run the Chiefs put together and how they hung 50 points.

The Titans dominated the Ravens, right? They won 28-12. They held Lamar Jackson in check! The Ravens only scored 12 points! Perception matters so much at this time of the year, doesn’t it? Ryan Tannehill threw for under 100 yards again. The Ravens ran 92 plays to Tennessee’s 53. Baltimore outgained Tennessee 530-300 with help from the total number of plays. The Ravens also outgained the Titans 5.8 to 5.7 in yards per play. Of course, Jackson threw 45 times more than Tannehill did.

How you read into what the Titans have done to this point is how you will bet this game. Tennessee didn’t look like a 28-12 winner last week. The Ravens had eight drives inside the Tennessee 40 and scored 12 points. Jackson had three turnovers. The Ravens turned it over on downs on all four tries on fourth down. It was just one of those things.

How do we evaluate the Titans going into this game? Derrick Henry ran the ball 30 times again. He ran for 195 yards, so there were no signs of wear and tear for him, but that is now 96 carries over the last three games. The Titans defense was on the field for 92 plays against. This will be a third straight road game for Tennessee, though the travel isn’t too taxing from Nashville to Kansas City. Still, the Titans are riding a lot of emotional highs right now and you have to wonder what happens if they get challenged. What happens if they have to play from behind with a QB that has thrown the ball 29 times the last two weeks and has only completed 15 of them.

We figured it would be an issue against the Ravens. The optimal way to beat Baltimore is to not let #8 touch the football. Jackson had the three turnovers, but also accounted for 508 yards of offense. The Ravens just bogged down in spots when it mattered the most.

The Chiefs didn’t bog down at all once their receivers remembered how their hands work. The early part of the game against the Texans was marred by drops and special teams mistakes. The later part of the game was a display of how good Patrick Mahomes is. As long as the week off is enough for Travis Kelce to get healthy again, the Chiefs have a great opportunity to be firing on all cylinders in this one as well.

These two teams did play during the regular season and the Titans did win. That was the first game back off of the knee injury for Mahomes and the Chiefs defense seemed to lose its edge and relied too much on the offense to bail them out. After that game, the Chiefs defense allowed more than 17 points just once, at least until last week’s game against the Texans.

In that game back in Week 10, the Chiefs did outgain Tennessee 530-371, but the Titans ran for a season-high 225 yards on the Kansas City defense. The Chiefs allowed 4.9 yards per carry during the season, but allowed 8.65 yards per carry in that contest. In that game, the Titans blitzed often and hurried Mahomes, who had questions about his mobility coming off of the injury, but that aggressive approach led to 446 passing yards against, including 248 after the catch.

Week 10 was also about the time that the Titans were really rounding into offensive form. The switch from Marcus Mariota to Ryan Tannehill had officially taken place a few weeks earlier and that was the start of something special for OC Art Smith and the Titans. As we’ve talked about the last two weeks, Tannehill had a 22/5 TD/INT ratio with a 69.6% completion percentage after taking the reins and Henry rushed for 5.9 yards per carry in his nine games with Tannehill in the starting lineup. Henry certainly hasn’t slowed down any in the playoffs.

We’ve also seen some outstanding gameplans from Mike Vrabel, Smith, and defensive coordinator Dean Pees. The Ravens were neutered a bit by the health of Mark Ingram. If the Chiefs can get Kelce back and operate at full strength, that would help in a big way.

All in all, there are a lot of ifs about this game. I don’t think it would stun anybody to say that I expect the Chiefs to win. Winning by the margin of the spread is an altogether different question.

I’ll take the easy way out and go with the total. The Ravens got manhandled at the point of attack and Kansas City could very well fall victim to the same fate. That being said, Tannehill will likely have to throw more in this spot. We know Kansas City will move the ball. The Titans gave up a lot of yards to the Ravens and Mahomes is going to get his through the air and with his legs, as he did against the Texans.

I do lean Kansas City -7 on the side. I had them beating Baltimore in the AFC Championship Game if it got to that point. With the way the defense has played and a healthy Mahomes, I think they’re the best team in the AFC. Tennessee’s run has been thoroughly impressive, but I do think it comes to an end. Realistically, a money line parlay on both favorites this week doesn’t seem like a bad idea.