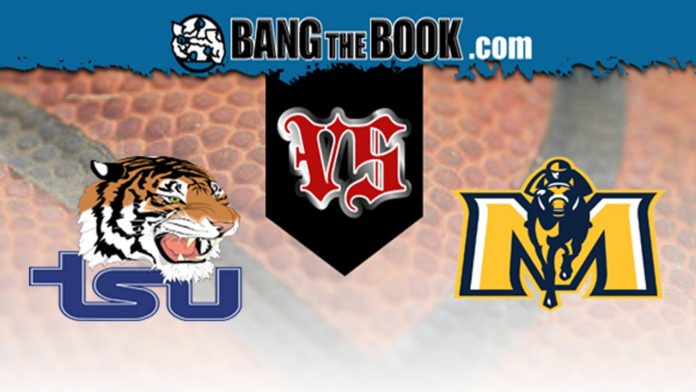 In the Tigers’ last contest, they lost big to the Austin Peay Governors, 99-74. Tennessee State’s Jy’lan Washington recorded 17 points and nine rebounds in the contest. Austin Peay had a turnover percentage of 4.9 (better than their season average of 16.6). Tennessee State, meanwhile, had a better offensive rebounding percentage (38.6 vs. 34.3).

The Racers will look to keep it rolling after defeating the Belmont Bruins in their last matchup, 85-75. With 24 points on 7-for-12 shooting, Tevin Brown was the game’s high scorer. Murray State played a nearly flawless game. They had a ridiculous free throw rate of 0.328 (above their season average of 0.289) and an offensive rebounding percentage of 30.3 (below their season average of 32.3). Belmont was 0.078 and 17.9, respectively, for those same stats.

The prolific offense of Murray State (25th in the country with an offensive efficiency of 111.5) will battle against the bottom-tier defense of Tennessee State (275th in the NCAA with a defensive efficiency of 103.4). The Racers figure to have the edge on that end of the court. Additionally, the Tigers rank 35th in offensive rebounding percentage (34.4 percent), while the Racers rank sixth in defensive rebounding percentage (78.7 percent).

This will be the first matchup of the year between these two teams, after the Racers won the only game last season, 100-62. The Racers dominated every facet of the game. They had an absurdly low turnover percentage of 7.3 and an absurd free throw rate of 0.467. The Tigers had marks of 20.8 and 0.291, respectively, for those same stats.

The Racers’ average margin of victory in their last five games has been 10.6, down from 13.1 for the season.

UEFA Champions League Pick of the Day Round of 16 –...