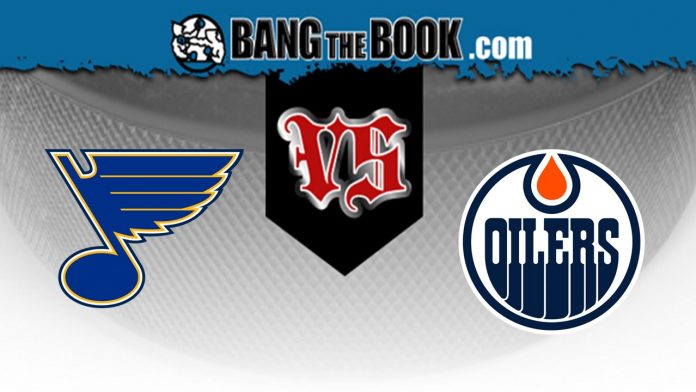 Rogers Place is playing host to an intriguing clash as the St. Louis Blues pay a visit to Edmonton to meet the Oilers. It’s the third and final time that the two clubs will meet in the regular season. Sportsnet West will broadcast this Western Conference matchup, which gets underway at 9 p.m. ET on Friday, January 31.

St. Louis comes into the game as the favorite with a -130 moneyline. The line for Edmonton is standing at +110 and the oddsmakers have set the Over/Under (O/U) at an even 6 goals. The line for betting the total stands at -105 money on the over and -115 on the under.

St. Louis has converted on 25.2 percent of its power play opportunities this season, a mark that places them in the top-5 among NHL teams. Its penalty kill is ranked 16th out of 31 teams, and the team’s successfully killed off 81.2 percent of all penalties.

The Blue Notes, as a collective unit, have been penalized 3.3 times per game overall this season, and 4.2 per game over its last five on the road. The team has had to kill penalties just 7.8 minutes per game over their last 10 outings.

David Perron and Ryan O’Reilly will both lead the offensive attack for the visiting Blues. Perron has 52 points on 22 goals and 30 assists, and has recorded two or more points in 10 different games. O’Reilly has nine goals and 35 assists to his credit (and has notched at least one point in 28 games).

On the other side of the ice, Edmonton is 26-24 straight up (SU) and has earned 3.4 units for moneyline bettors this year. 25 of its matches have gone over the total, while 23 have gone under and just two have pushed. This season, the team’s 12-12 SU at home.

The Oilers enter the matchup with the second-strongest power-play unit in the NHL, as they’ve converted on 29.6 percent of their extra-man opportunities this season. On the other hand, its penalty kill is ranked 11th overall, and it’s successfully killed off 82.3 percent of all opponent power plays.

Mikko Koskinen has stopped 27.9 shots per game as the top selection in goal for the Oilers. Koskinen has 14 wins, 13 losses, and two overtime losses to his name and has registered a mediocre 2.90 goals against average and a .910 save percentage this season.

Edmonton is 2-2 in games decided by a shootout this season while St. Louis is 1-3 in shootouts.

For both of these clubs, the game went over the total in three of their past five outings.

Seven of Edmonton’s last ten games have been decided by two or more goals, and the team is 6-1 overall in those games.